Home » Sport » Tiger Woods seen on crutches as he arrives in Los Angeles, presumably for first time since horrific crash

Tiger Woods seen on crutches as he arrives in Los Angeles, presumably for first time since horrific crash

Tiger Woods was spotted on crutches and with a leg brace on a Los Angeles airport tarmac Tuesday alongside girlfriend Erica Herman.

The photos showed the legendary golfer wearing a white cap and a compression stocking on his right leg and was getting into a black SUV. Herman was in a golf cart with Woods alongside her in the passenger seat. 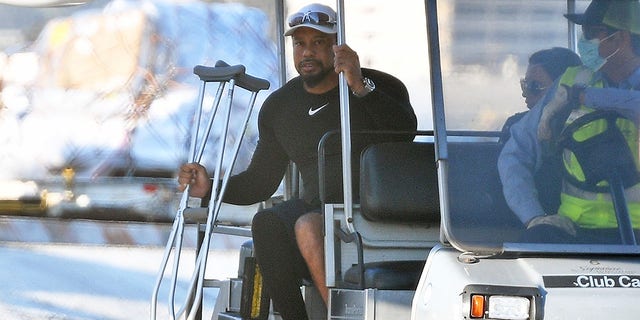 Tiger Woods was seen in Los Angeles for presumably the first time since his horrific crash in February. (The Image Direct / BACKGRID USA) 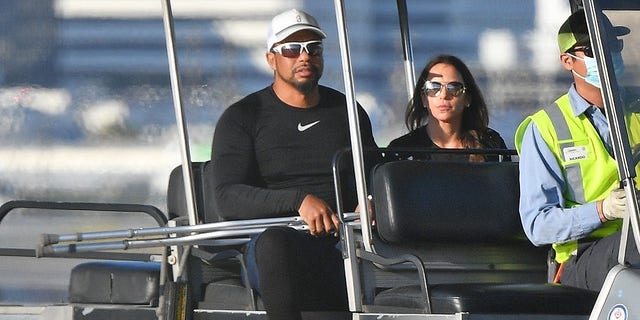 Woods, who isn’t driving just yet, was pictured in a golf cart alongside his girlfriend Erica Herman. (The Image Direct / BACKGRID USA) 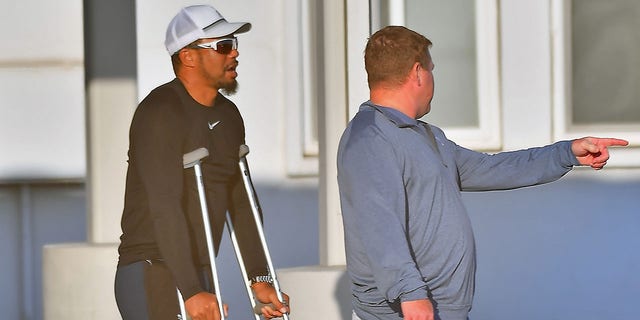 Woods was seen on crutches still as he recovers. (The Image Direct / BACKGRID USA) 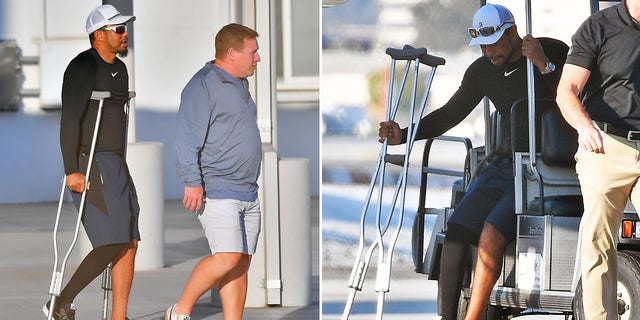 Woods was seen with a compression stocking around his right leg. (The Image Direct / BACKGRID USA)

“This has been an entirely different animal,” Woods told Golf Digest. “I understand more of the rehab processes because of my past injuries, but this was more painful than anything I have ever experienced.”

A doctor who treated Woods initially said the legendary golfer suffered open fractures affecting his tibia and fibula, injuries to his foot and ankle, and trauma to the muscle and soft tissue of the leg that “required surgical release” to relieve the pressure. A crash report later revealed that Woods was also “knocked unconscious, laceration to the lower front jaw, bruised right and left rib cage, fractured right tibia and fibula, possible right ankle injury.”

He had stints in two different Los Angeles hospitals before returning home to Florida to recuperate.

“My physical therapy has been keeping me busy. I do my routines every day and am focused on my No. 1 goal right now: walking on my own. Taking it one step at a time,” he told Golf Digest.

With the U.S. Open set for this weekend in San Diego, Calif., Woods was reportedly asked to help with coverage but rebuffed the request.

It’s unclear whether he has plans to be in the area for the major tournament.