Home » Sport » Tokyo 2020: What are the new sports and disciplines at the Olympic Games?

Tokyo 2020: What are the new sports and disciplines at the Olympic Games? The rearranged 2020 Olympic Games are finally about to take place, but what are the new sports and disciplines that will be put on show in Tokyo?

The International Olympic Committee periodically reviews its Olympic programme, adding or removing sports and disciplines to its array.

That was the case with rugby sevens and golf in 2016, women’s boxing and mixed doubles in tennis in 2012, and BMX and open water swimming in 2008.

Ahead of Tokyo 2020, the IOC added five new sports and 34 new events in total in order to make the edition more appealing to younger generations and reflect the ever-changing sporting landscape.

So what’s new in Tokyo and who are the big names you should look out for? Tokyo will have two skateboarding disciplines – park and street, which will both have a men’s and women’s competition.

Street skateboarding is held on a straight ‘street-like’ course featuring stairs, handrails, curbs, benches, walls and slopes. The park event is held in a bowl-shaped, hollowed-out course where athletes will ride out a complex series of twists and turns.

Each athlete performs individually and will get three timed runs to post their best score by showcasing a range of skills, or ‘tricks’, with their board. Judges will take into account the difficulty of the tricks, speed, originality, timing, stability and the overall flow of the performance – with a particular emphasis on the ability to seem suspended in midair.

Riders are free to choose which parts of the course to cover and which tricks to attempt – and, to maintain the original feel of the sport, they will all be accompanied by music. 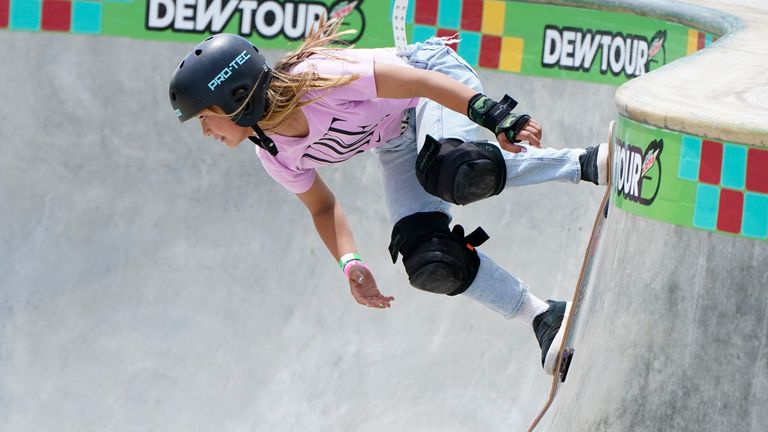 The street events will take place on July 24 and 25, while the park competition is held on August 4 and 5.

Four-time World Championship and twelve-time Summer X Games winner Nyjah Houston is the hot favourite to win the men’s street event for the USA, but he lost out to Japan’s Yuto Horigome in the Olympic qualifying event in June.

Brown is ranked number three in the world and after battling back from life-threatening injuries caused by a huge fall last year, she is in line to become Britain’s youngest-ever summer Olympian in Tokyo. 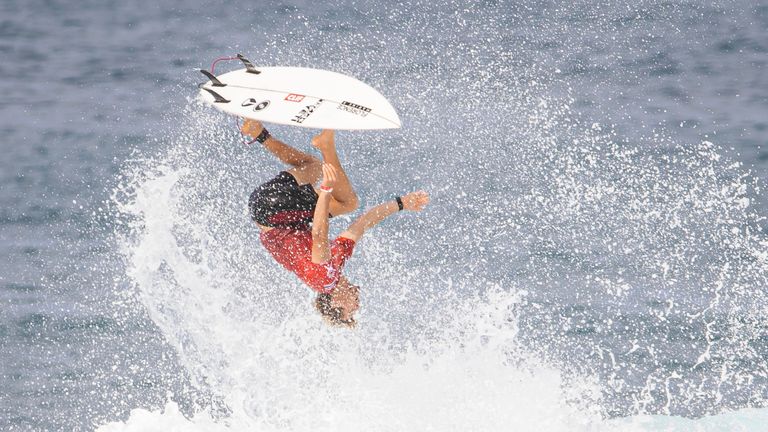 Both the men’s and women’s events will use a heat structure, with each one usually lasting around 30 minutes during which athletes will try to catch as many waves as they can.

The initial knockout rounds will feature four and five-person heats, while from round three onwards there will be two-person heats, where only the winner advances to the next round.

A panel of five judges will assess each surfer’s performance from wave to wave, depending on the difficulty, speed, innovativeness, variety, power and flow of manoeuvres performed, to award a score from one to 10 with two decimals (e.g. 8.69) and only their top two scores being counted towards their heat result. 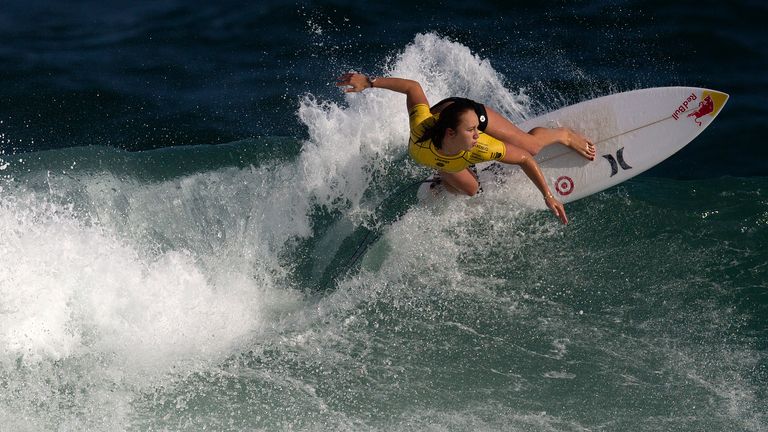 Brazil, Australia and the United States have been traditionally producing top surfers but look out for France and Japan, who with Peru will also have four representatives across the two competitions.

American Carissa Moore leads the way in the women’s rankings but she faces Stephanie Gilmour, one of the most decorated professional surfers ever with seven world titles, as well as her compatriot Sally Fitzgibbons – who won the World Surfing Games in May. 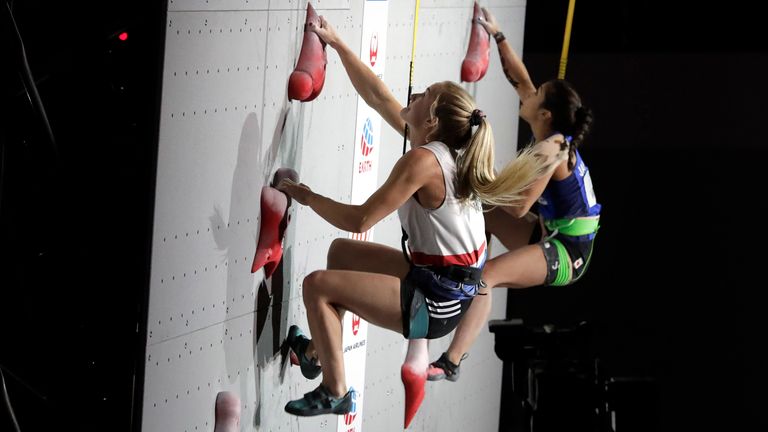 All athletes in Tokyo will compete in three different disciplines – bouldering, lead climbing and speed climbing, in what could be described as a climbers’ triathlon.

Speed climbing is comparable to a 100m sprint. Two athletes go head-to-head by climbing a route on a 15m wall – the first to reach the top wins.

Lead involves athletes attempting to climb as high as they can on a 15m wall within six minutes, while in bouldering they have four minutes to scale a fixed number of routes on a 4.5m wall in as few attempts as possible.

At the end of all three performances, their scores are multiplied and the top eight will progress to the final where the same format will be in place. 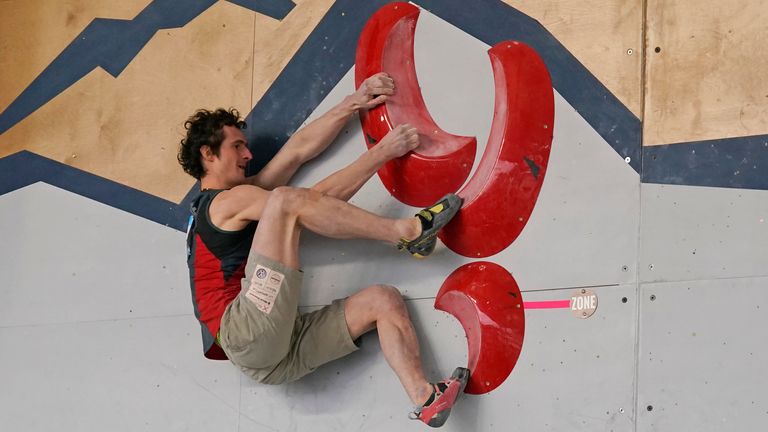 Shauna Coxsey was the first athlete selected by Team GB for Tokyo and with good reason. She is Britain’s most successful climber with two women’s bouldering World Cup titles to her name, and she will target another medal when she makes her Olympic debut.

Coxsey is up against six-time world champion Slovenia’s Janja Garnbret, who won both the lead and bouldering World Championships in Japan in 2019, up-and-coming Italian talent Laura Rogora, and Japan’s own Akiyo Noguchi.

France are also well represented across both competitions and they will have brothers Mickael and Bassa Mawem competing against each other. 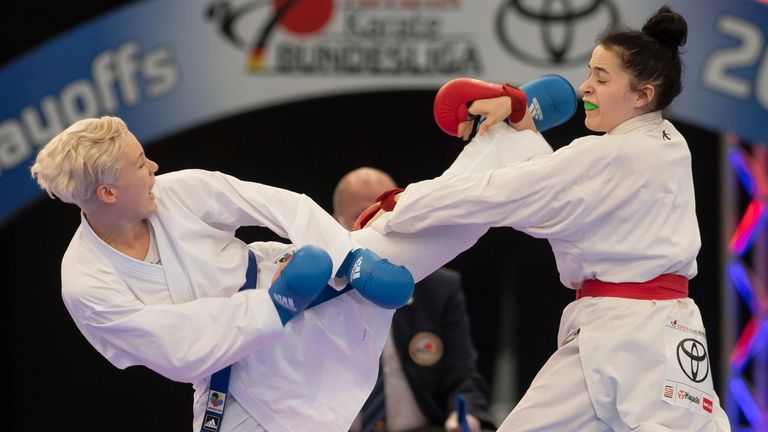 Karate – “empty hand” in Japanese – is a martial art originating in Japan that seeks the development of defensive and counterattacking dynamic body movements. In Tokyo, the sport will be divided into two disciplines.

Kata, which means “shape” or “model”, is performed by a solo karateka who targets a virtual opponent with a series of choreographed movements chosen off a list of 102 recognised by the World Karate Federation.

Athletes are judged by judges on a points-based system on factors including the strength, speed, rhythm, balance and power of strikes and kicks; the solidity, clarity and force of movements; and the expression of the meaning of each technique with beautiful, flowing motion.

Kumite is the more widely-recognised sparring discipline where two karatekas enter a matted area – the tatami – and engage in a three-minute fight as they try to land a series of blows on each other’s body with energy and precision.

Attacks with good form, power and control earn between one and three points. A competitor wins by amassing eight points more than their opponent or by gaining more points by the end of the three minutes. 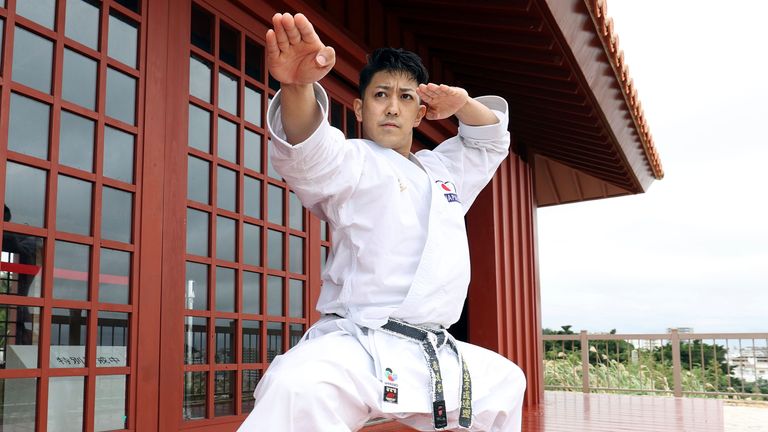 It is no surprise Japan will be the country to beat, but there will be men and women from 37 different nations vying for a medal in three different Kumite weight classes as well as the Kata tournament.

Azerbaijan’s Rafael Aghayev is widely considered one of the best karatekas of all time and will be looking to add to his five World Championship medals in the men’s -75kg Kumite weight class.

In the women’s kata, Spain’s reigning world champion Sandra Sanchez hold the record for most medals in the history of the international circuit.Americ

Ukraine’s three-time European champion Anzhelika Terliuga will be the one to beat in the -55kg Kumite event while in the -61kg class all eyes are set on world champion Irina Zaretska of Azerbaijan. 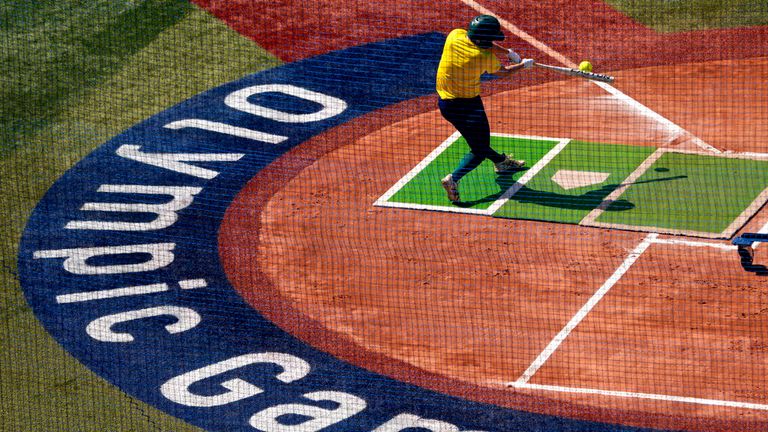 Last contested at Beijing 2008, baseball and its sister sport softball have been reinstated to the Olympic programme and will form part of the Tokyo Games.

Two teams of nine players look to score as many runs as possible by striking a ball with a bat and running around a sequence of bases to reach the “home plate”. Teams alternate between batting and fielding, each session of which is called an inning.

The baseball tournament will be contested by men and the softball tournament by women. They are the exact same sports with one main difference – baseball pitchers throw overhand, while softballers pitch underhand.

The American baseball team will have to make do without its biggest stars as Tokyo 2020 clashes with the Major League Baseball season – meaning Japan and South Korea are clear favourites to land the most coveted medal.

However, the United States will be favoured in the softball tournament against the likes of Australia, Canada, Italy, Japan and Mexico.