TOMMY 'TNT' Fury makes his big US debut against MMA star Anthony Taylor this month on the undercard of Jake Paul vs Tyron Woodley in Ohio.

The fight will be the seventh of unbeaten Fury's fledgling pro career and his first on American soil. 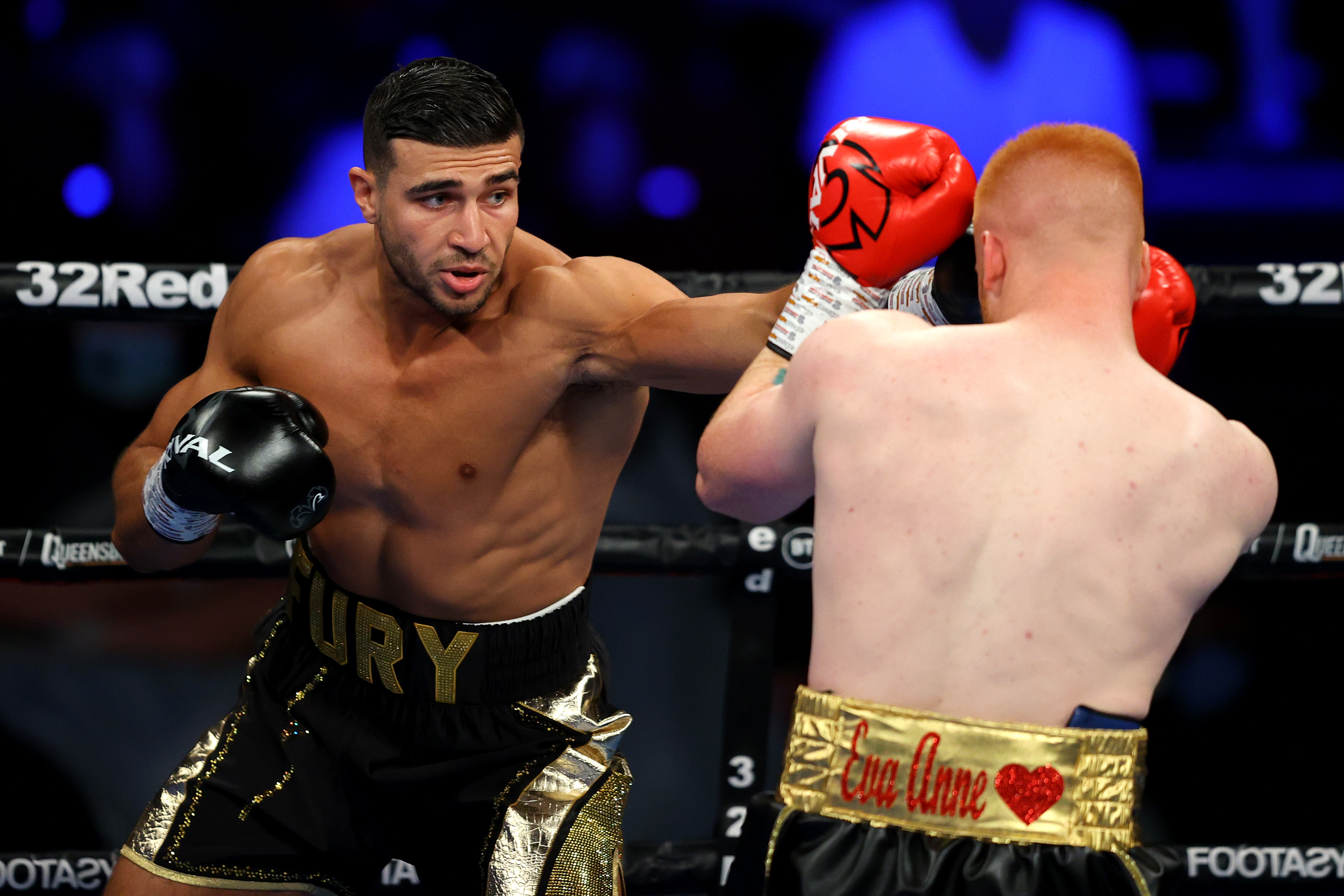 In his way is Bellator fighter 'Pretty Boy' Taylor, who also just happens to be Jake Paul's sparring partner…

Tommy Fury vs Anthony Taylor: When is fight and what time does it start?

Tommy Fury vs Anthony Taylor: What TV channel and live stream is it on?

A UK broadcaster has not yet been revealed for Fury vs Taylor, thought it is expected to be announced for BT Sport Box Office.

How the fighters compare

What is the full Jake Paul vs Tyron Woodley undercard?

Brit heavyweight Daniel Dubois will also be making his US debut, when he takes on Joe Cusumano on what is shaping to be a stacked card after the Fury and Paul bouts.

Tommy Fury: "Anthony, you ain't going to be so pretty after the 29th mate – I'm going to smash all the front of your face clean in and that's a promise.

"And after I've done you, you little Oompa Loompa, I'm coming for your best pal Jake Paul, because the both of you couldn't beat him in the same night together.

"So, I look forward to seeing you on fight week because talk's cheap and I want you to say it to my face, and see how brave you are then.

Anthony Taylor: "I think it's a disrespect to the sport, in my eyes and to many people's eyes that understand boxing.

"I can see if you fought those type of opponents with those records, then people can say, 'OK, you're actually not bad'.