JOSE MOURINHO aimed a cheeky dig at Jurgen Klopp over his surprise Fifa coach of the year gong.

The Liverpool boss scooped the prize ahead of treble-winning Bayern Munich chief Hansi Flick, considered by Mourinho and many others as the favourite. 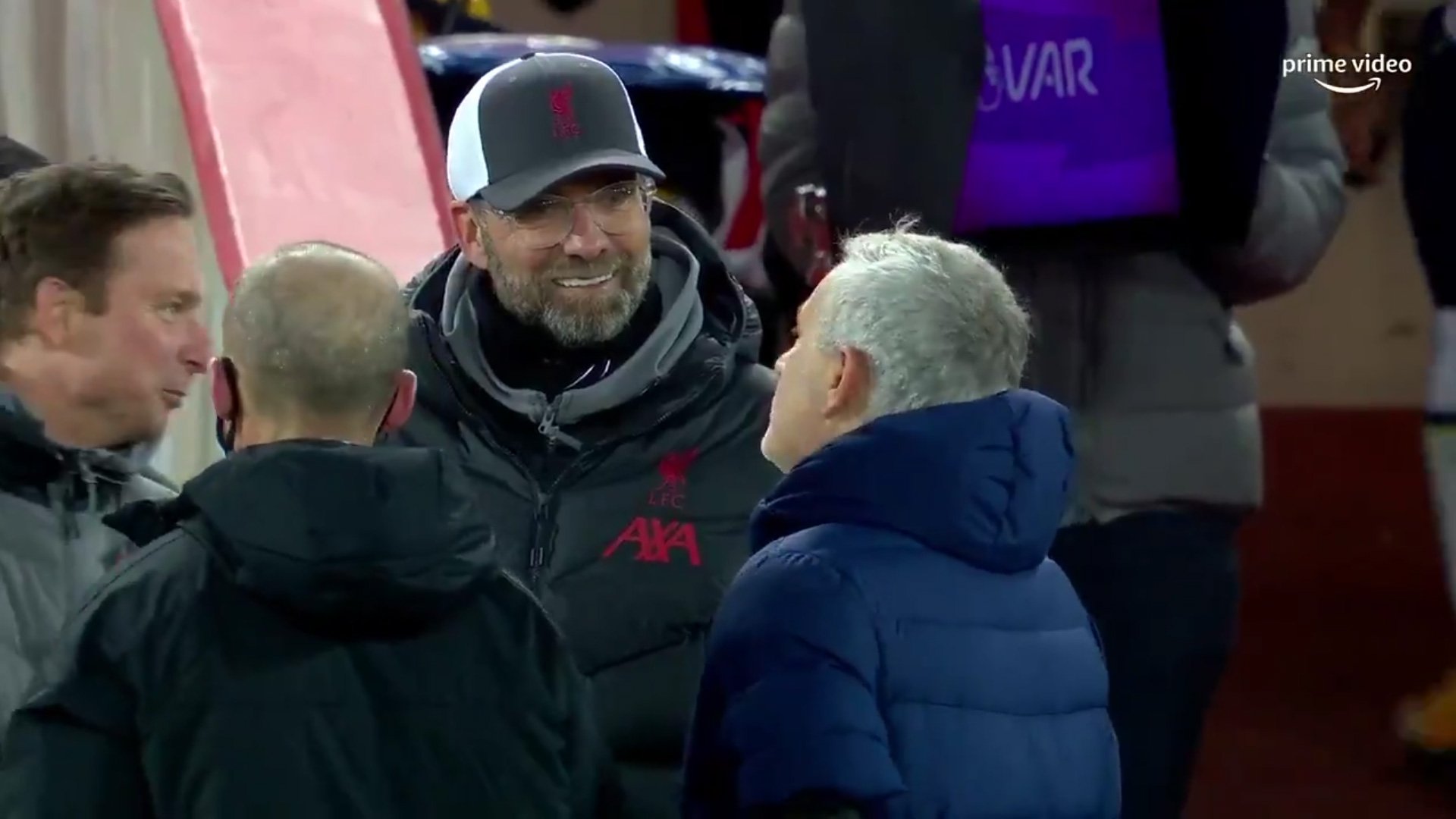 Asked about Klopp’s award, the Tottenham boss said: “I think the only chance for Flick to win is if Bayern find two or three new competitions for him to win!

“So maybe if he wins seven titles in one season, maybe he wins the award.

“I believe he only won the Champions League, Bundesliga, Pokal — the name of their cup — European Super Cup, German Super Cup.

“He only won five — and the biggest one of all.

“Poor Flick. I think the only chance is for Bayern to find two or three more trophies to see if he can win it.”

And in fairness to him, Klopp said he expected the award to go to his fellow German Flick.

END_OF_DOCUMENT_TOKEN_TO_BE_REPLACED

END_OF_DOCUMENT_TOKEN_TO_BE_REPLACED
Recent Posts
We and our partners use cookies on this site to improve our service, perform analytics, personalize advertising, measure advertising performance, and remember website preferences.Ok