TOTTENHAM'S stadium has been transformed ahead of Anthony Joshua's clash with Oleksandr Usyk on Saturday night.

The Brit goes head to head with the unbeaten Ukrainian in North London and the arena has undergone a major revamp ahead of the bout. 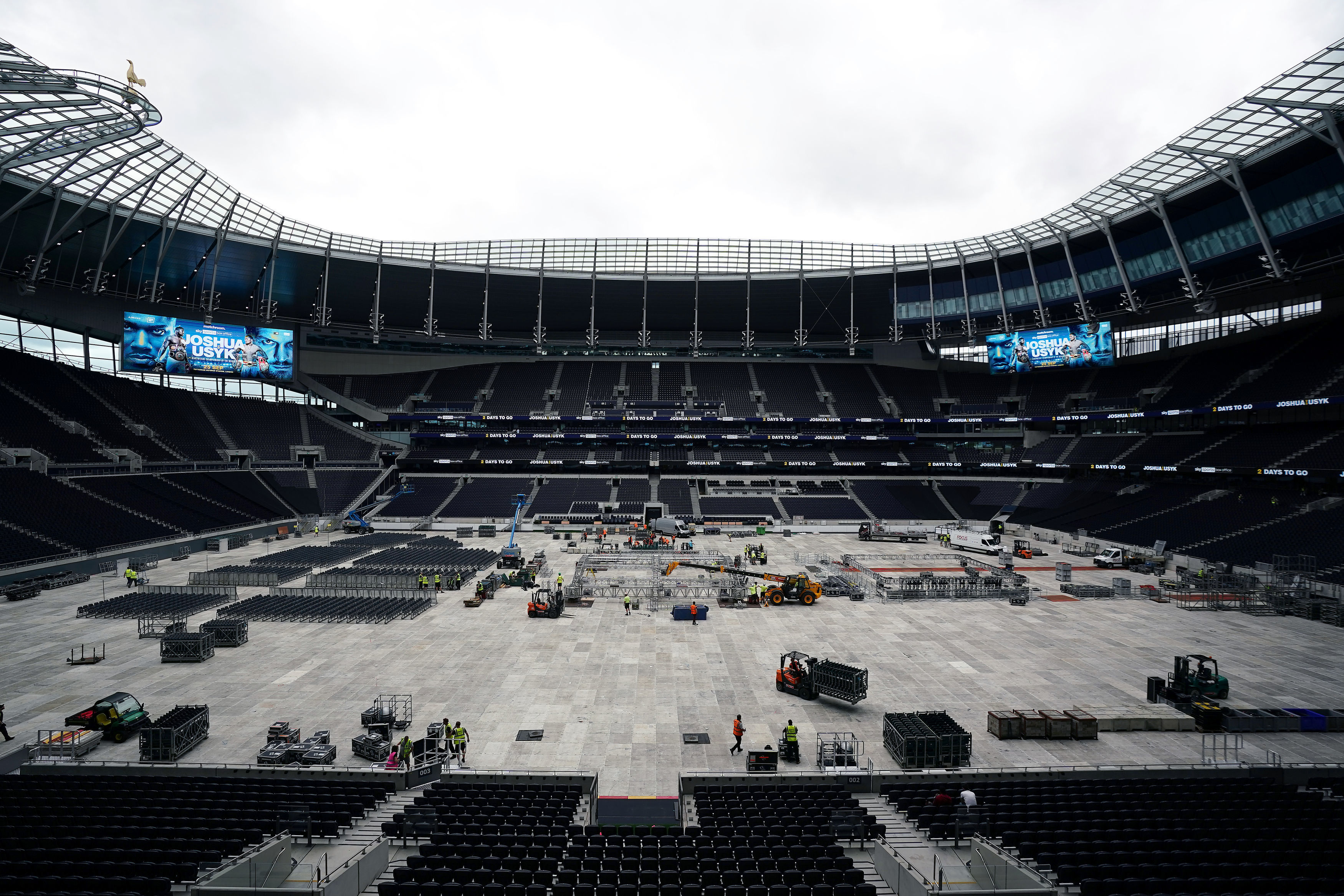 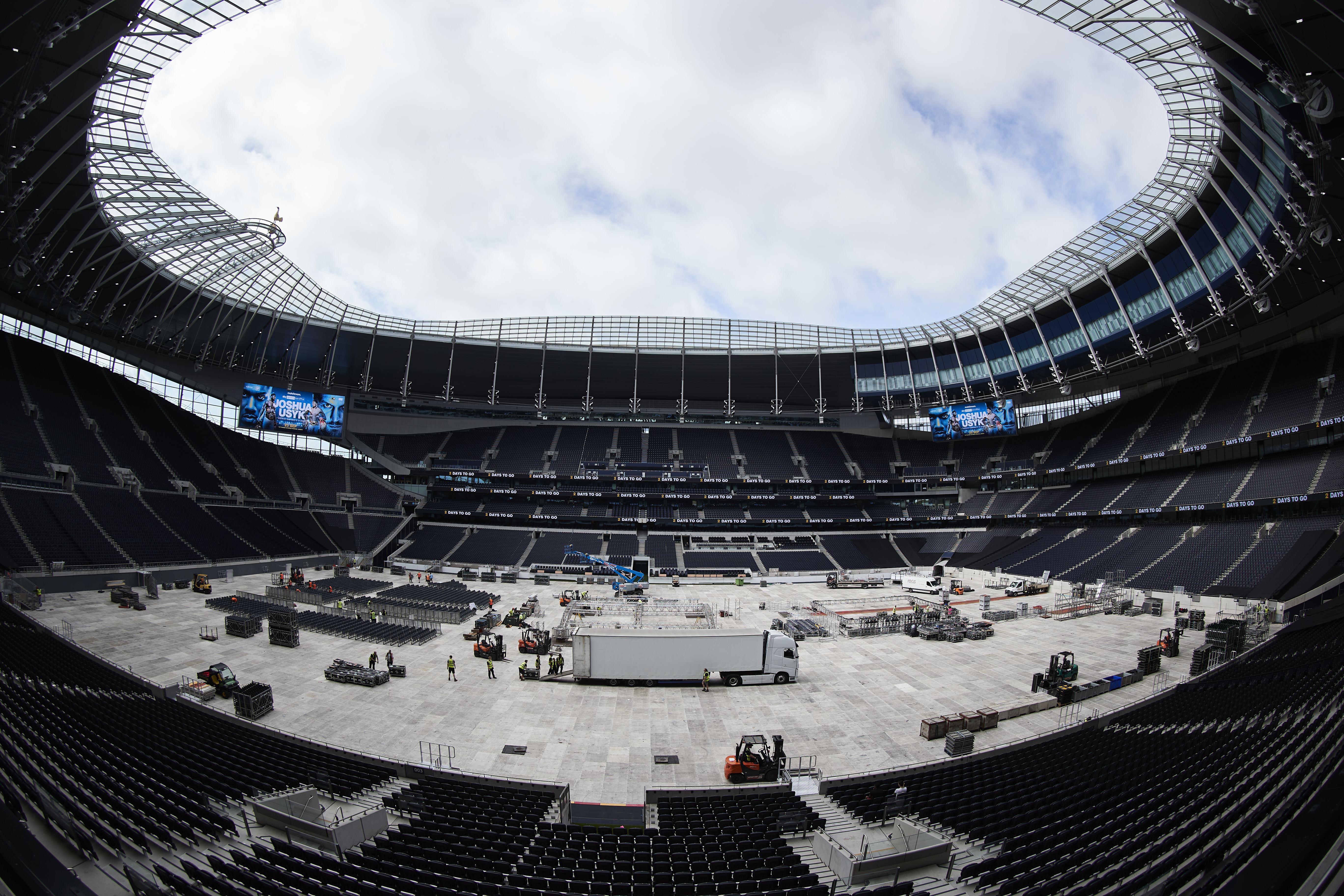 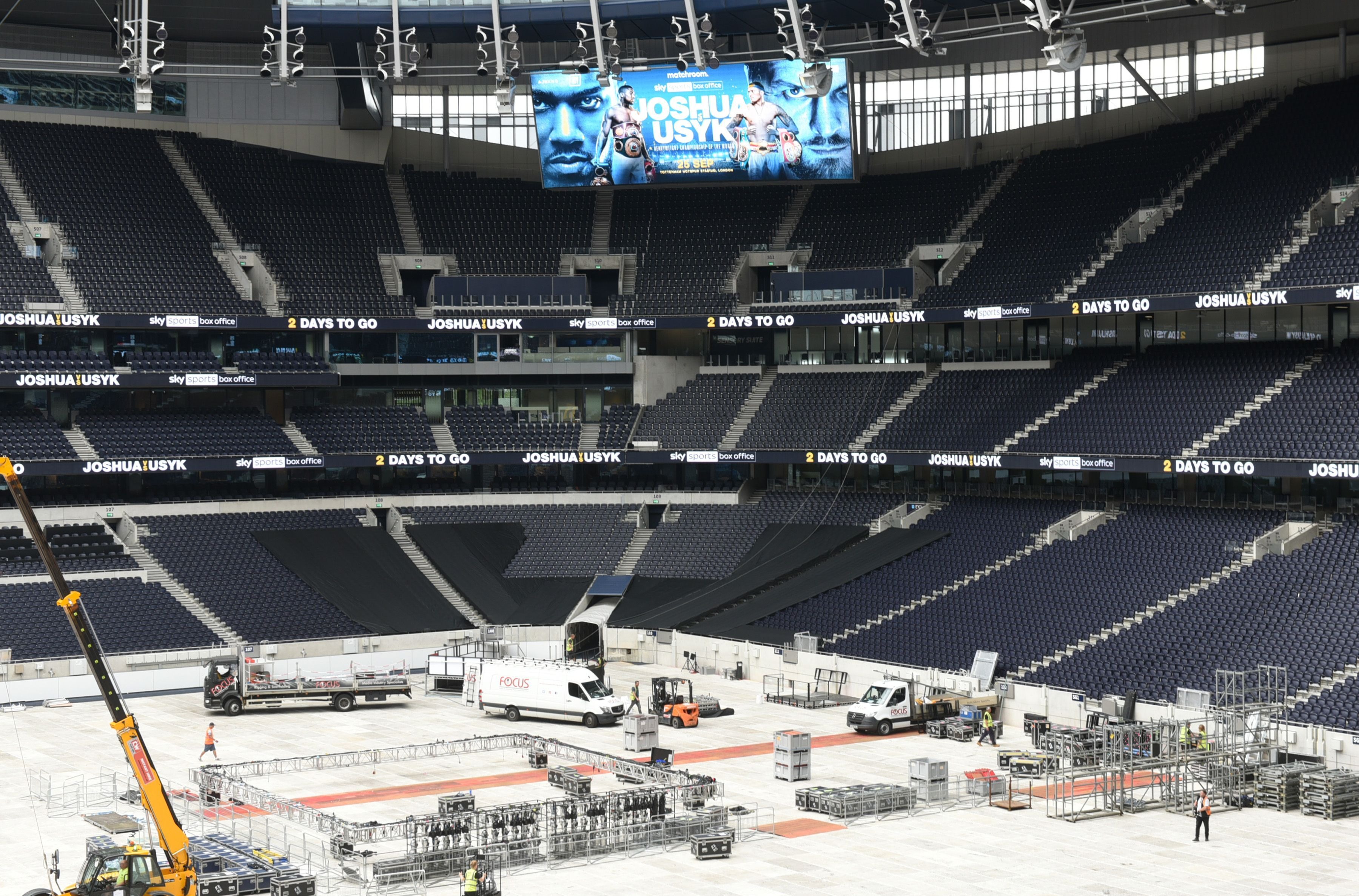 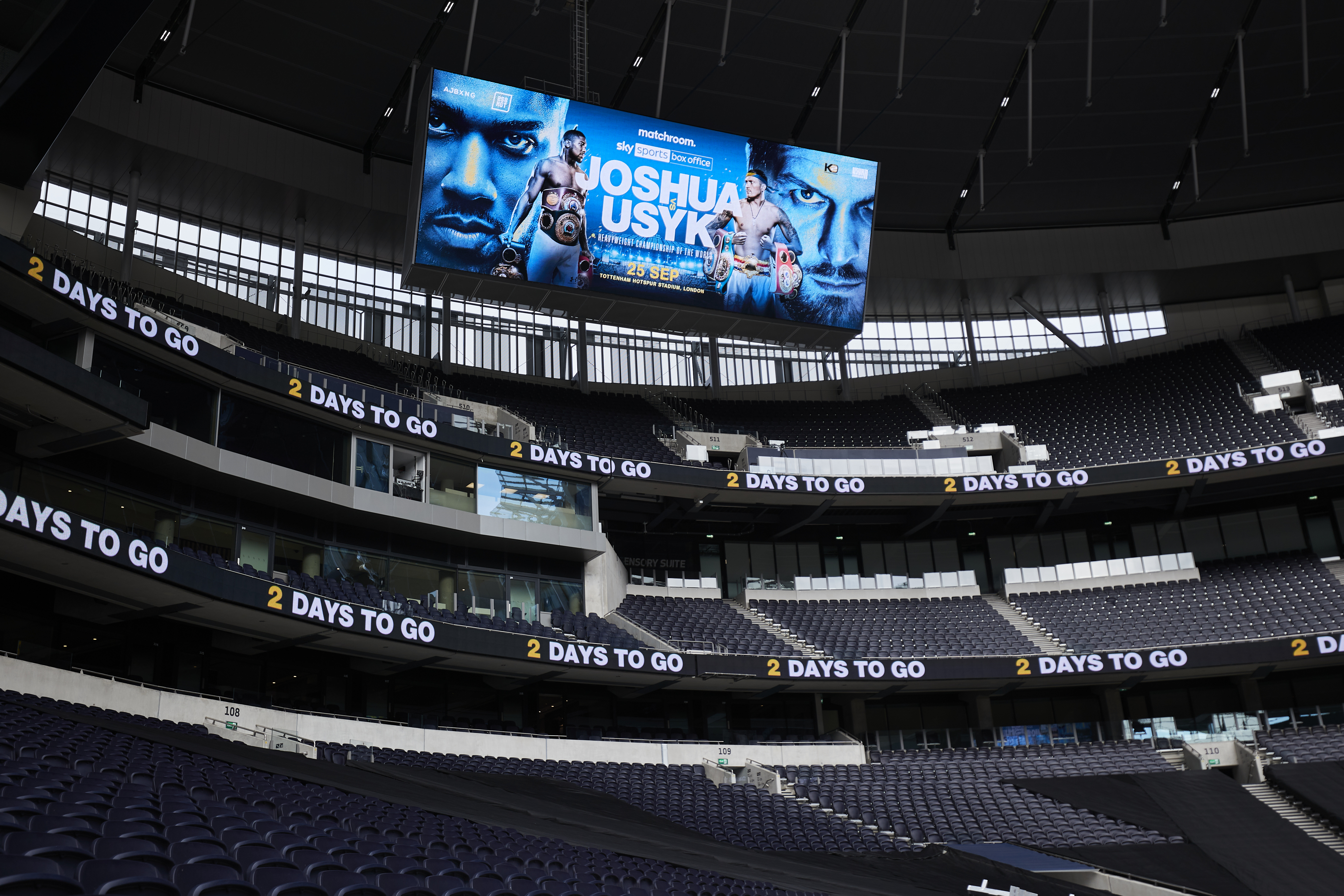 AJ, 31, saw talks for his big fight with Tyson Fury collapse and now takes on No 1 contender Usyk instead.

It is the first time boxing has been held at the £1BILLION arena.

He went live on Instagram and gave his followers a glimpse into the stadium.

The pitch was totally covered by artificial flooring where the ring will sit surrounded by fans.

Cranes and machinery were moving around where the grass usually is getting metal frameworks in place.

The giant screens show adverts for the fight with the interactive sponsorship boards reading: "Two days to go."

Hearn also gave fans a look inside the swanky hospitality boxes before moving to the press conference area.

More than 60,000 will be inside the stadium for the fight.

The promoter previously stated his belief the fight will start bang on 10pm – in contrast to most AJ bouts which usually start closer to 11pm.

He said: "AJ's ringwalk will probably be around 10pm, that's reasonably early.

"And I believe the broadcast will start around 7pm. So that will be five fights and then Anthony Joshua."

Saturday's bout will be just the third time Usyk has fought in the weight class after wiping out the cruiserweight division where he won all four belts in the World Boxing Super Series.

🥊 Joshua vs Usyk: All the TV, stream and undercard info ahead of Saturday's heavyweight bout

His first fight up at heavyweight saw him weigh in at 15st 5lbs for Chazz Witherspoon, before he tipped the scales at 15st 7lbs for Derek Chisora.

And Usyk has beefed up in his preparations to meet fellow London 2012 gold medallist AJ inside the ring.

In contrast, Joshua appears to prioritising speed over size after he showed off a leaner physique on his Instagram account last week.