TOTTENHAM'S new kits for the 2022-23 season have already been leaked online.

Spurs traditionally stick with a simple design for their home shirts – with this year's plain white and lacking any pattern, unlike rivals Arsenal. 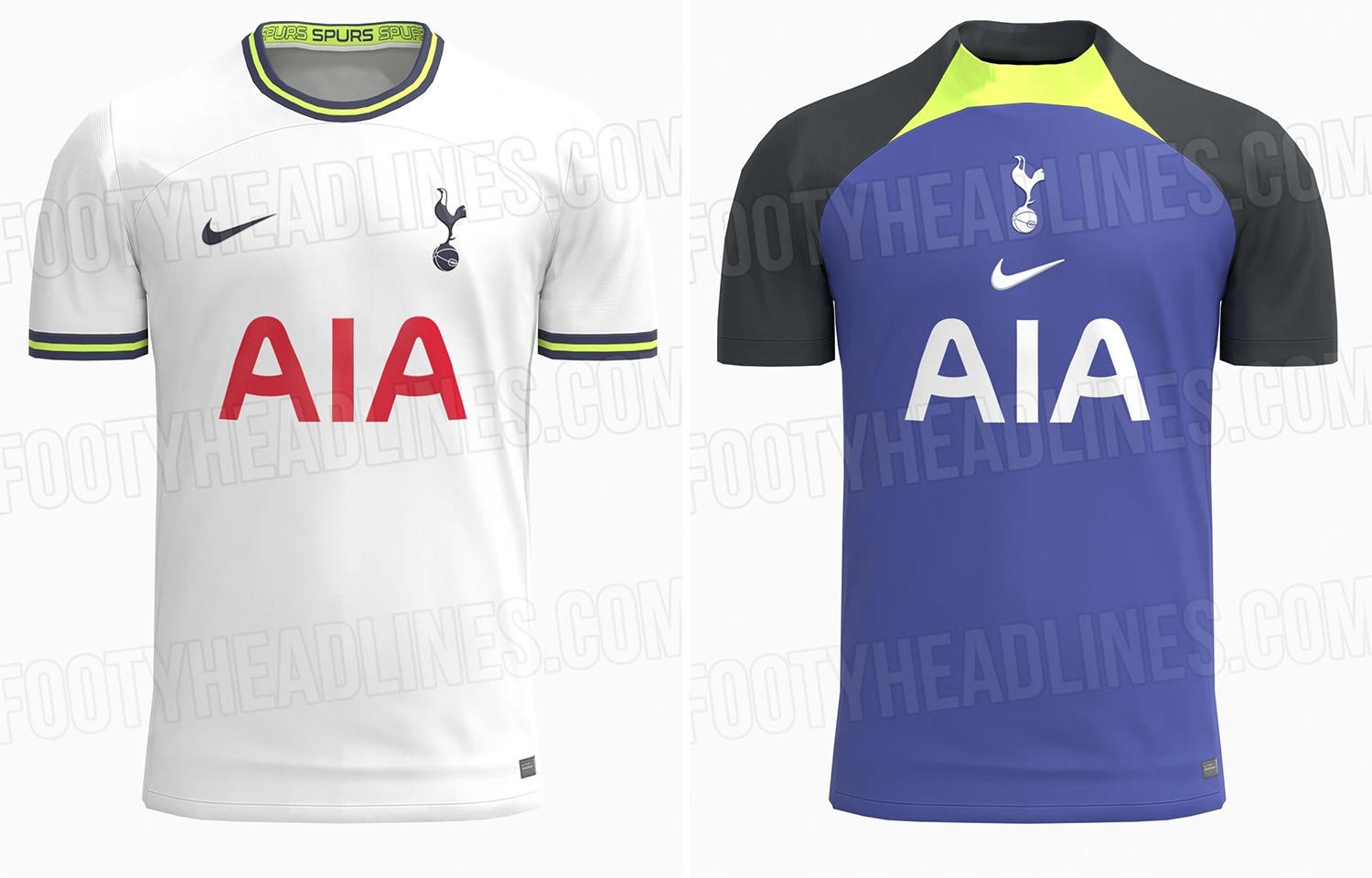 The current strip was initially leaked in March, and now website Footy Headlines have repeated the trick.

Both home and away strips have been made available for fans to see.

There is not too much different with the home shirt, but it does bear yellow and navy stripes on the collar and the ends of the sleeves – Spurs' traditional away colours.

And the away kit's main colour is indeed navy, though the rest of it is very different from what fans will be used to.

Tottenham went with a wild colour scheme on this season's away jersey and designers at Nike have again gone with an unusual pattern.

The sleeves are black but the chest area will be yellow – and it is fair to say the colours do not really go well together.

But some supporters are pleased with the design, particularly the home strip.

One Twitter user simply wrote: "Beautiful," while another shared that he "loves it".

Another added: "Actually really nice, much prefer it to this season's one, or last seasons. Nice and plain but with subtle touches."

But the fanbase is split somewhat with one supporter saying: "Why is it as dead as half our squad."

Another agreed, adding: "Thoughts? We charge the most in the league for kits, and this is what we're given. Sad. This looks like a declined Under Armor design."

A third said: "Must have taken hundreds of designers at Nike, months of back-breaking work coming up with that design. It’s beyond me how they come up with such ideas."