But during the shocking Instagram video, the WBC heavyweight boxing champ decided to offer Hearn one of his 'Versace shirts'. 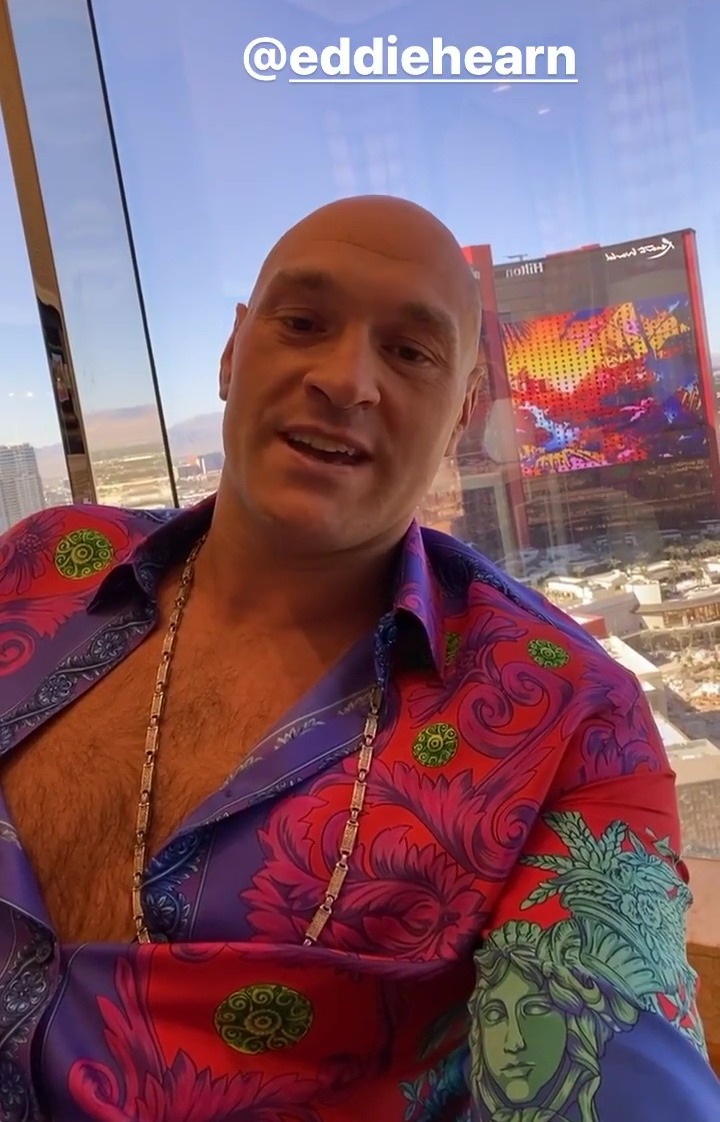 Fury seemed to be angry at Hearn questioning his time spent in Las Vegas.

The Gypsy King has been training with SugarHill Steward as he waits for his unification blockbuster against Anthony Joshua to be signed and sealed.

And he is also supporting close friend Billy Joe Saunders as he prepares for his unified super-middleweight clash against Canelo on May 8.

In the clip, Fury begins: "This is another message to Eddie 'the t*t' Hearn.

"Eddie, talking about me, living in the hotel in Las Vegas, wearing the Versace shirts.

"You know, if you keep s***ing Canelo off you'll be able to get a couple of these shirts yourself.

"Or if you want, I can borrow you a couple, don't worry about it, and maybe give you a little bit of swag too." 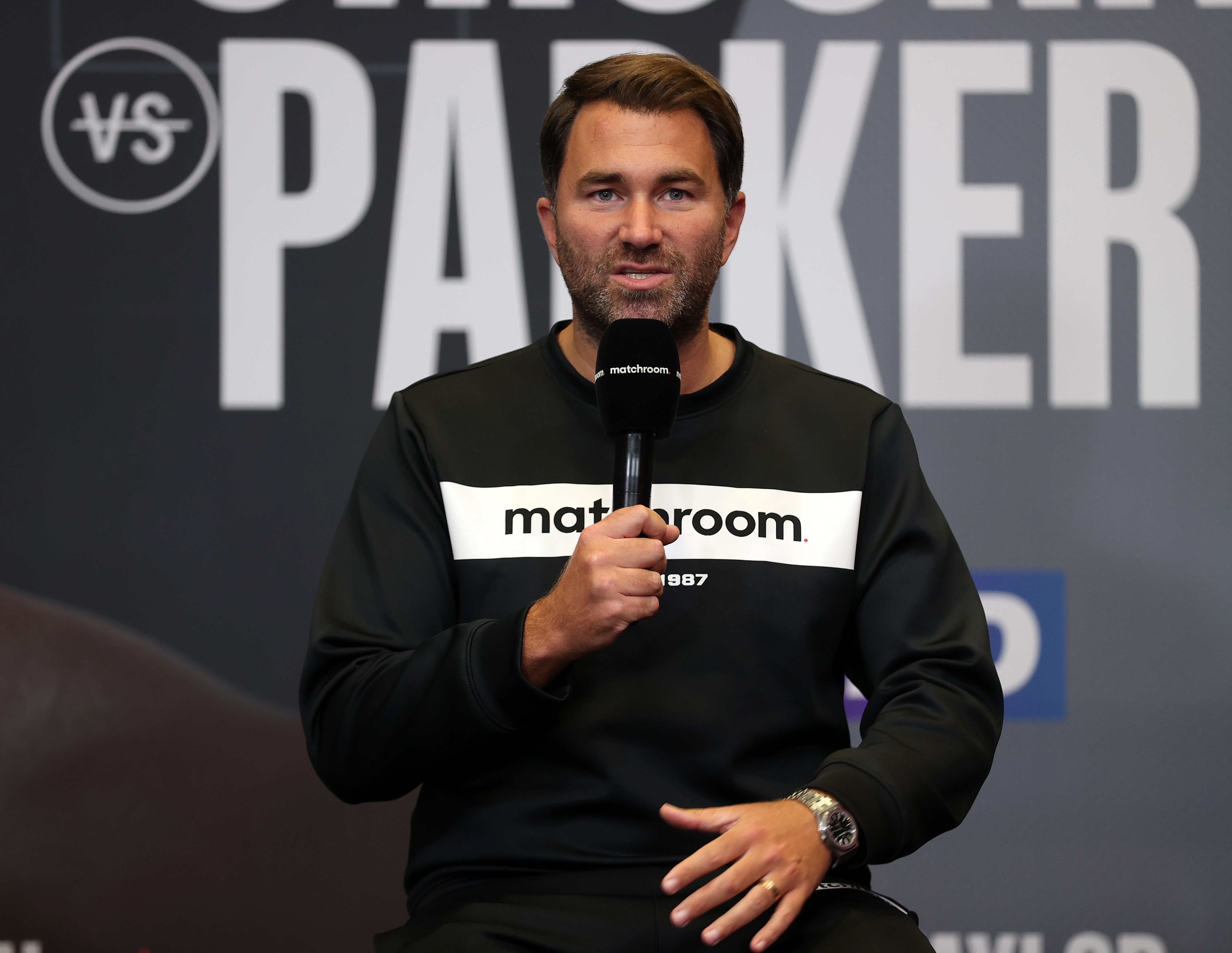 The 32-year-old then predicted his mate Saunders can deliver one of boxings biggest shocks and beat Canelo.

He added: "Anyway, keep s***ing Canelo off, and when my boy Billy Joe Saunders gives him an absolute boxing lesson and knocks him out, you'll have egg on your face.

Earlier in the day Fury used Instagram to slam Hearn for saying Canelo 'can't be beaten' – despite the Mexican losing to Floyd Mayweather in 2013.