TYSON FURY was made to wait for his walk-on as Deontay Wilder delayed his entrance to the ring.

The American, 36, underwent a last-minute change of gloves moments before he was due to walk out. 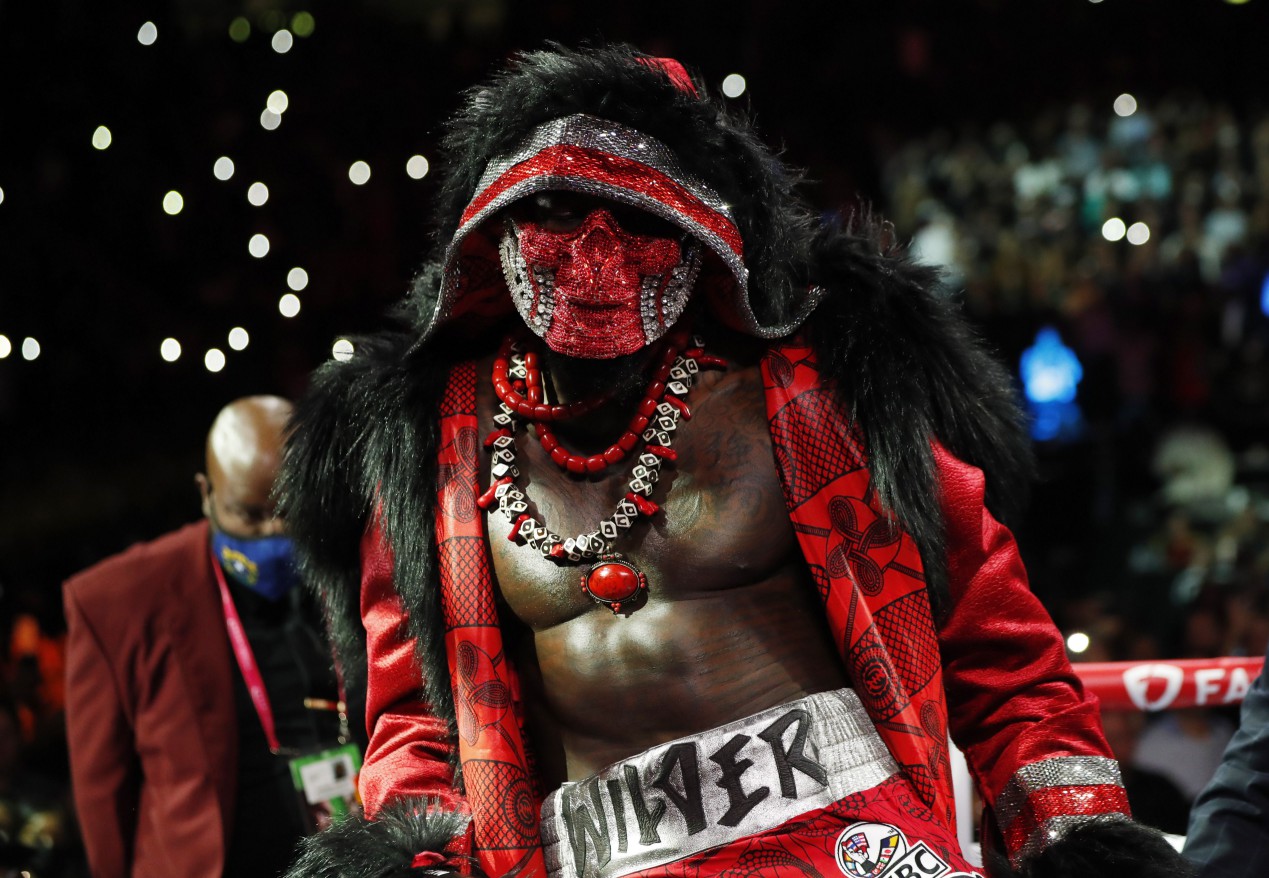 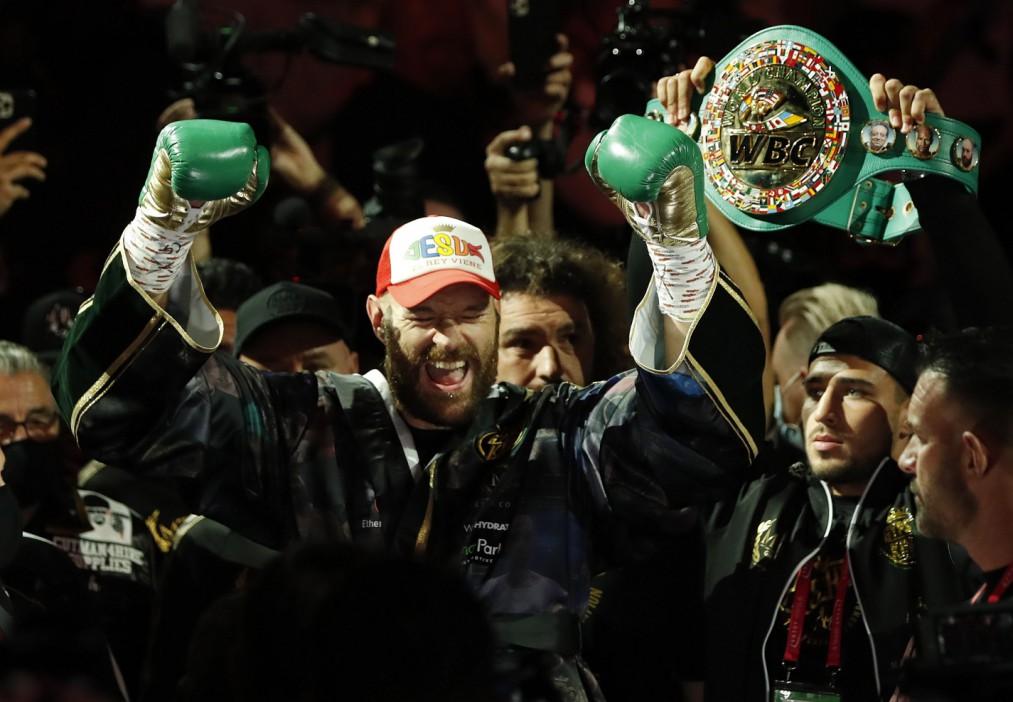 He also played a bit of air guitar as he spoke with his brother Shane and kept loose behind the scenes.

Following Friday’s gloves meeting, where the two fighters got to inspect both theirs and their opponent’s kit, Wilder changed his usual pair in an effort to hurt Fury more.

He swapped to Everlast MX gloves that are regarded to benefit heavy-handed punchers but, when he went to slip then on around 8:30pm Las Vegas time, they did not fit well and the fight was delayed.

It might be proven to be another mistake to add to Wilder’s crumbling reputation – or a masterstroke used to throw the defending champion off and make him wait longer into the night.

When he finally emerged he had ditched the battery-powered 40lbs costume he wore last time out and blamed for sapping his energy.

Instead he was draped in claret red, the colour he has claimed to favour all week to celebrate his quest for Fury’s blood.

The mask remained – and it’s that theatrical accessory he claims wearing helps transform him from a loving father-of-eight to the Bronze Bomber who wants a body on his record.

Meanwhile, Fury walked out dressed as a Spartan soldier to the tune of ACDC's 'You Shook Me All Night Long'.

He looked as relaxed as ever as he prepared to defend his heavyweight title for the first time in his career.