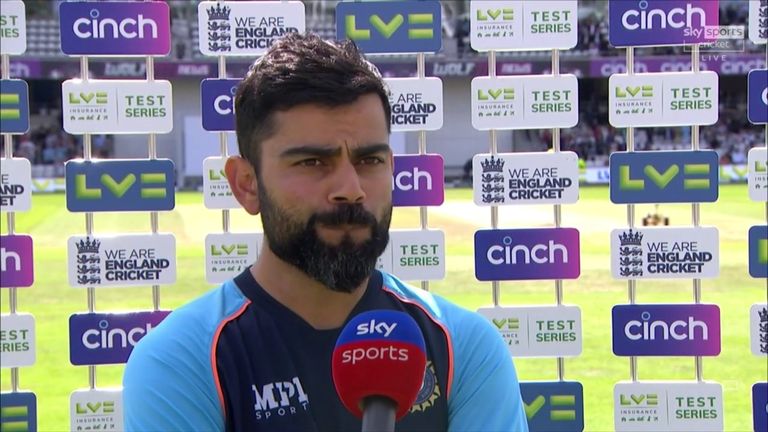 Virat Kohli says India are “hurt” but will not be “demoralised” by their innings defeat to England and has vowed his side will come back strong in the fourth Test at The Kia Oval from Thursday.

India were rolled for 78 in their first innings of the third Test at Emerald Headingley and then slumped from 215-2 to 278 all out in their second as England – who scored 432 in their sole innings – romped to an emphatic, series-levelling win.

Speaking to reporters after the game, India skipper Kohli – whose team had trounced England by 151 runs in the second Test at Lord’s a couple of weeks ago – said: “This game has been an aberration in how we have gone in this series and we need to reflect on the mistakes that happened.

“I assure you we will arrive with a lot more determination and intensity than we had in this game.

“If what happens in one game guarantees you the same thing in the next game, we should have smashed England again, which didn’t happen, because it is a new game, it’s a new day.

“We like being in the position where people come at us with doubts and question the ability of our team. That is the situation we love best. I can guarantee you we will not be demoralised by this loss.

“Guys in the changing room are hurt and when they are hurt they know they badly want to correct the things that didn’t go well. That is how we will play in the next two Test matches.”

Kohli revealed thought would be given to rotating the bowling attack for back-to-back Tests, saying it is a “logical and sensible thing to do”.

However, the tourists appear highly unlikely to change the balance of their side and play an extra specialist batsman with Kohli adding: “I don’t believe in that balance, I have never believed in that balance. You can either save a defeat or try and win the game.

“We have drawn games in the past with a similar number of batters in the team. If your top six or seven don’t do the job, there is no guarantee an extra guy will bail you out every time.

“If you don’t have the ability to take 20 wickets going into a Test match, you are only playing for two results and that’s not how we play.” 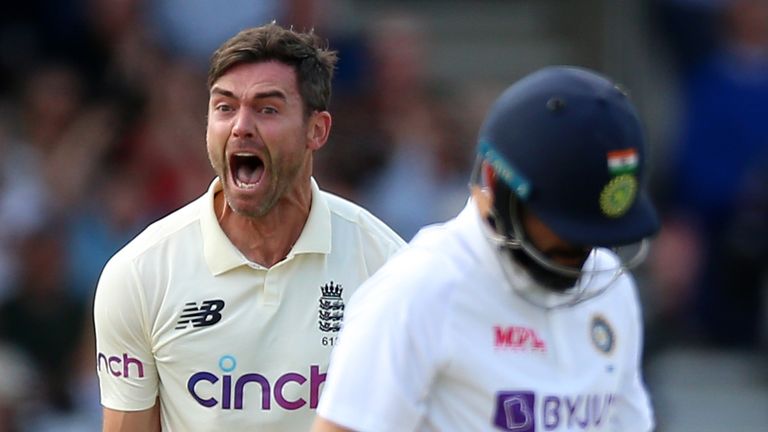 As a batting group, we failed in this game in the first innings. I think we did a better job second innings. As a bowling group, we accept we were not consistent enough.

Reflecting further on India’s defeat, Kohli added: “It was basically down to scoreboard pressure. You’re always up against it when you get out for under 80, and the opposition puts up such a big score.

“We did well to stay in the game [on day three] and fight back as much as we could but I think the pressure from the English bowlers was outstanding.

“Their discipline forced us to make a few mistakes. The pressure was relentless. It’s difficult to cope when you’re not scoring runs and that caused the batting order to crumble.”

Watch the fourth Test between England and India, live on Sky Sports Cricket from 10am on Thursday.