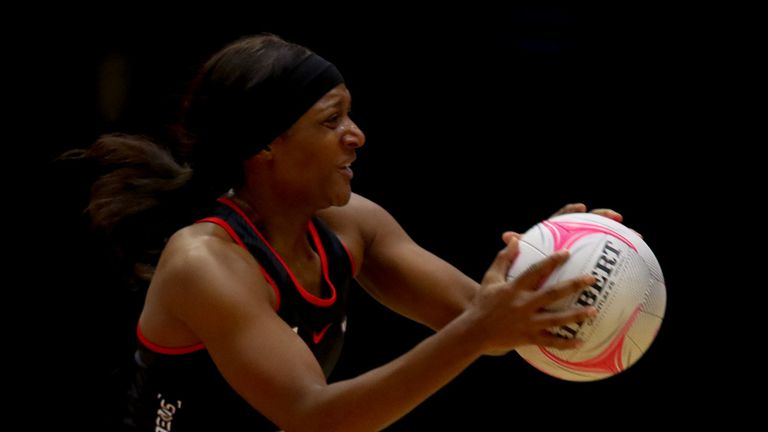 After going into the fourth quarter four goals down, Mavericks produced a stunning final 12 minutes to overcome Wasps’ resilience and register a 41-37 victory.

Kat Ratnapala’s team are a side that have not reached the standards they expect of themselves so far this season, but they could gain significant momentum from this meeting with the two-time champions.

A first @NetballSL win for @SaracensMavs over @Wasps_Netball and 𝙬𝙝𝙖𝙩 a time to do it.

Team Bath Netball, Loughborough Lightning and Manchester Thunder have already booked semi-final spots and of the four teams still in contention for the remaining place, Mavericks have the greatest number of games left to play.

The first of their three contests is against Team Bath Netball, a side they have already beaten this season, while Wasps must dust themselves off before taking on Surrey Storm in Round 19.

Saracens Mavericks’ victory over Wasps means the Superleague season will go down to the wire. With a quartet of teams still in contention for fourth, and all having differing numbers of matches left to play, there are a wealth of permutations and possibilities.

Despite some contests looking ‘predictable’ on paper, the teams out of the running remain inspired to shake things up and those in the play-off mix, know that one missed step will end their season.

Round 19 begins on June 13 with Wasps returning to court against Surrey Storm, before Sirens take on Celtic Dragons and Mavericks have their meeting with Team Bath Netball.

Never before has the competition had this level of jeopardy going into the final rounds and every match is being shown live on Sky Sports’ platforms.

Sky Sports is your home of netball. The Vitality Netball Superleague continues with Round 19 on Sunday, June 13 and four matches streamed back-to-back on the Sky Sports YouTube channel from 12pm.