US OPEN champion Bryson DeChambeau almost reached the green off the tee on a par five with an audacious shot over the lake.

As his competitors played around the water, the powerful American cleared it with a monster drive. 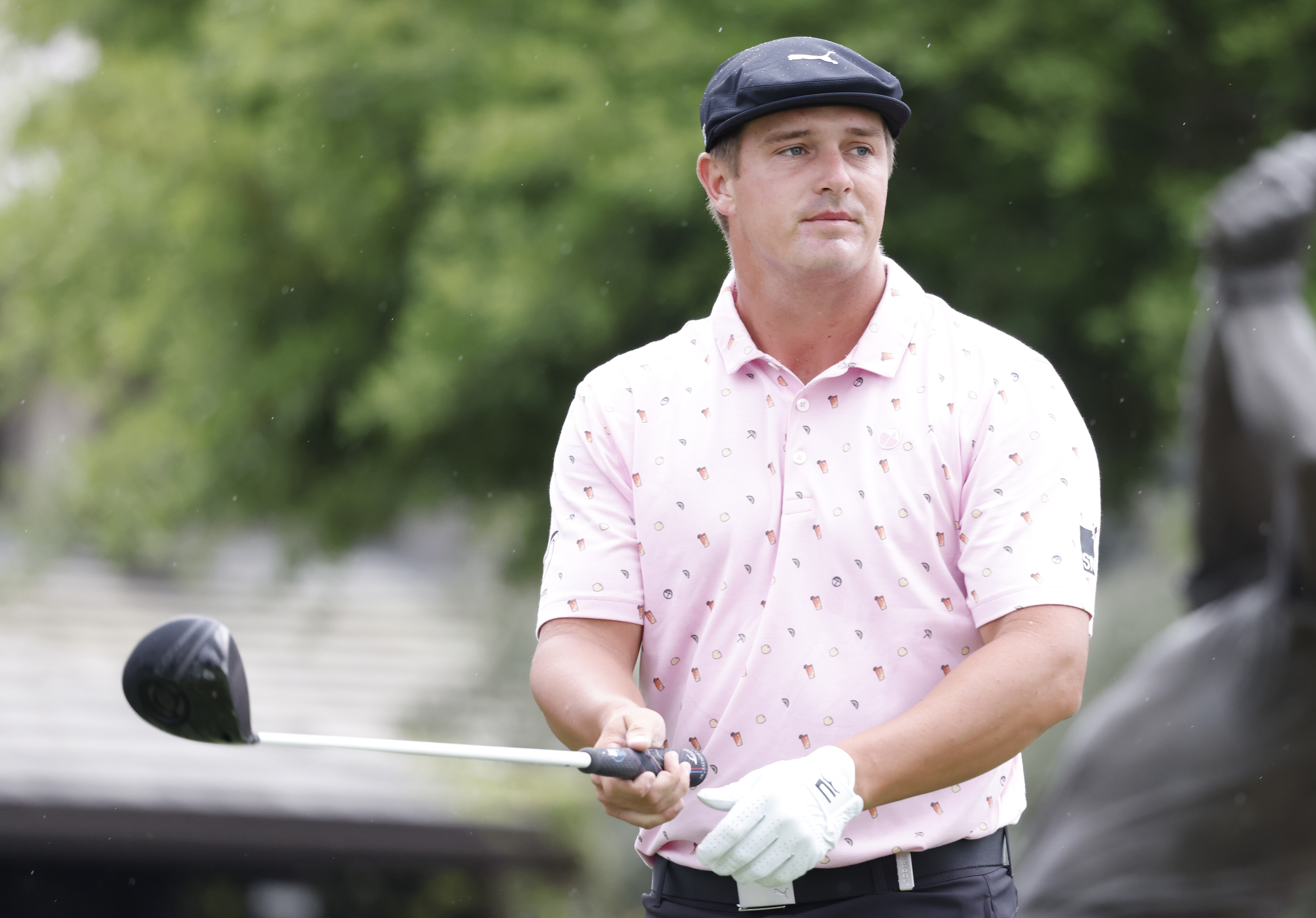 The 27-year-old's impressive hit came at the sixth hole during the third round of the Arnold Palmer Invitational.

Instead of working his way around the lake, DeChambeau decided to go for an all or nothing shot.

He quickly released it was clearing the lake, pointing to the air with both hands to celebrate the attempt.

It landed just 70 yards from the cup to rapturous applause, leaving DeChambeau with a huge grin on his face.

He went on to birdie the hole and sits in second place heading into today's final round, one shot behind Lee Westwood.

Should the Englishman maintain his lead, he will become the first 54-hole leader age 47 or older to win on the PGA Tour since 2010.

DeChambeau has gone through an extraordinary body transformation in recent times.

He packed on an extra 20kg of muscle in 2020 to help him generate more power off the tee.

The American was eating a whopping 6,000 calories a day to gain the weight.

To many that would seem drastic, but his decision was justified when he stormed to a six-shot victory at the US Open in September.

DeChambeau is yet to win on the PGA Tour since his major triumph and will be keen to end that wait later today.