MMA REFEREE Kleber Lopes has landed himself in hot water, after appearing to allow an amateur fighter to be knocked out THREE times during a bout in Brazil. 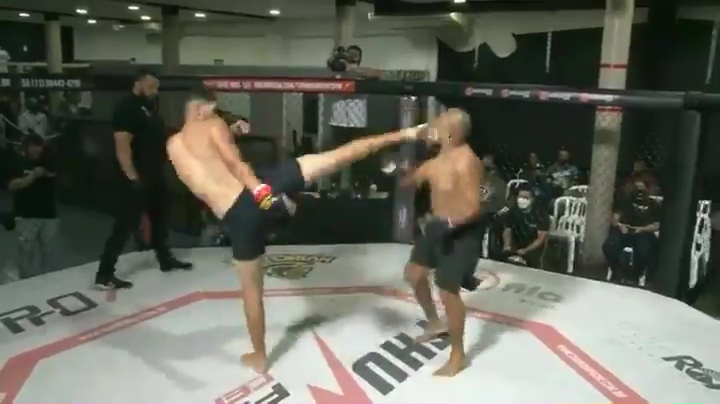 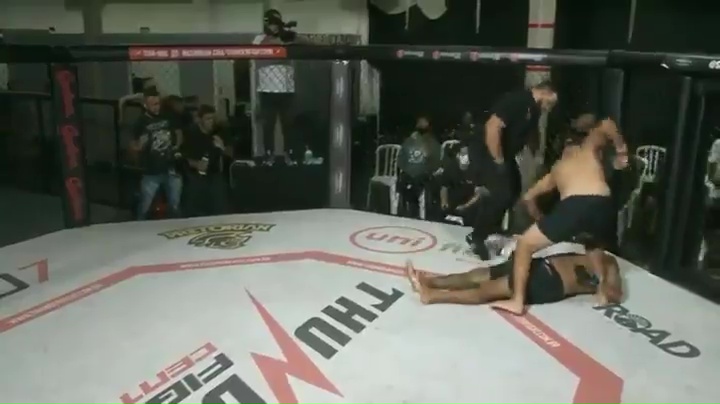 Lucas came straight out of the blocks, catching his opponent flush in the face with a vicious kick after just 11 seconds.

The strike floored Douglas, with the noise shuddering around the venue.

He already appeared out for the count, and with strikes to the face of a downed opponent banned in amateur bouts, the fight seemed all but over.

Lopes astonishingly let things continue, however, with Lucas again seeming to end proceedings with some fierce ground and pound.

But bizarrely, the referee then called a time out, rather than time, allowing Douglas back to his feet.

The groggy fighter was visibly swaying, with Lopes still refusing to end the fight.

Lucas then immediately struck Douglas with three more strikes, flooring him again and finally seeing an end to the madness.

Brazil's National Athletic Commission of MMA subsequently came out to recognise the gaffe. 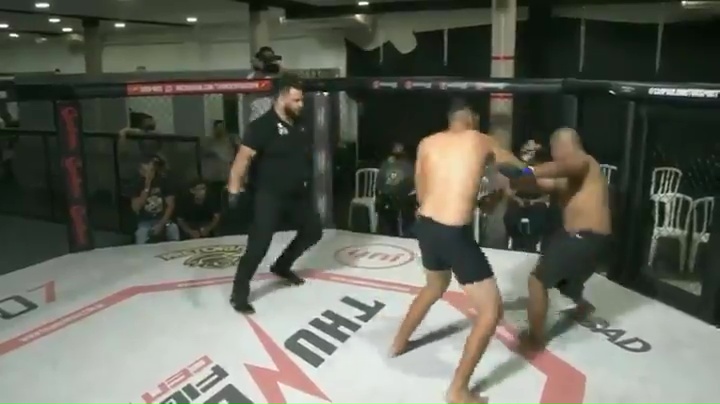 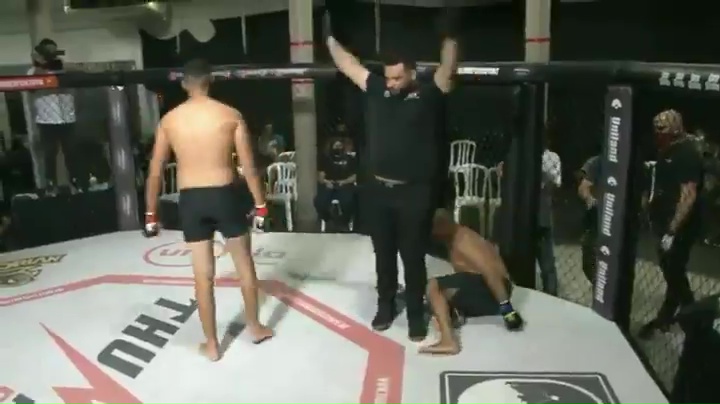 Vice-president Anderson Ulysses said: "At 11 seconds of the first round, Michael was knocked out by a high kick to the head and the referee made his first mistake, not interrupting the fight.

“He committed the second mistake by allowing the fight to continue with the athlete unconscious.

We apologise to the athletes, teams, MMA fans and Thunder Fight for the mistakes committed due to lack of experience of the professionals.

“We inform that the referees that committed the mistakes were interns who were getting tested and had no experience as referees, but had undergone rule courses previously.”

Lopes will now not be allowed to officiate until he has passed more courses.

END_OF_DOCUMENT_TOKEN_TO_BE_REPLACED

END_OF_DOCUMENT_TOKEN_TO_BE_REPLACED
Recent Posts
We and our partners use cookies on this site to improve our service, perform analytics, personalize advertising, measure advertising performance, and remember website preferences.Ok