The world No262 threw away the lead against Bosnian Tomislav Brkic in Kazakhstan. 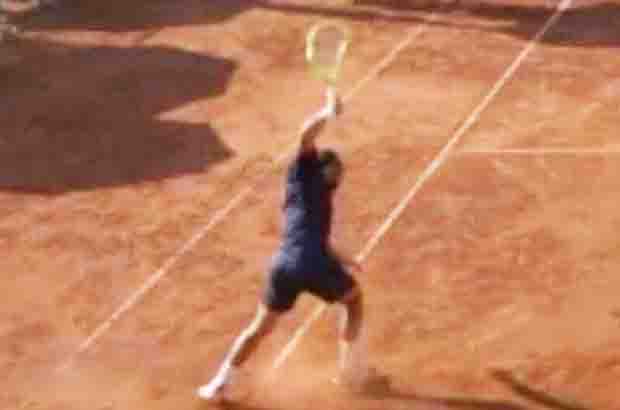 Martinez, 23, had the chance to serve out in the third set but served up three double-faults before shanking a forehand long.

At that point he completely lost the plot and repeatedly smashed his racket into the clay surface.

After battering it into bits, he flung what was left against the wall to complete his outburst.

“The growing cloud of dust around it is especially artful.”

Britain's Laura Robson agreed that the violent scenes could be classed as "art".

While American Madison Keys joked that Martinez 's outburst was similar to how she would react to missing her favourite TV show Little Big Lies.