THIS is the outrageous moment Neymar lashed out after being nutmegged by Brazil youngster Weverton during training.

The PSG forward was humiliated as he trained with Tite's squad ahead of next month's Copa America. 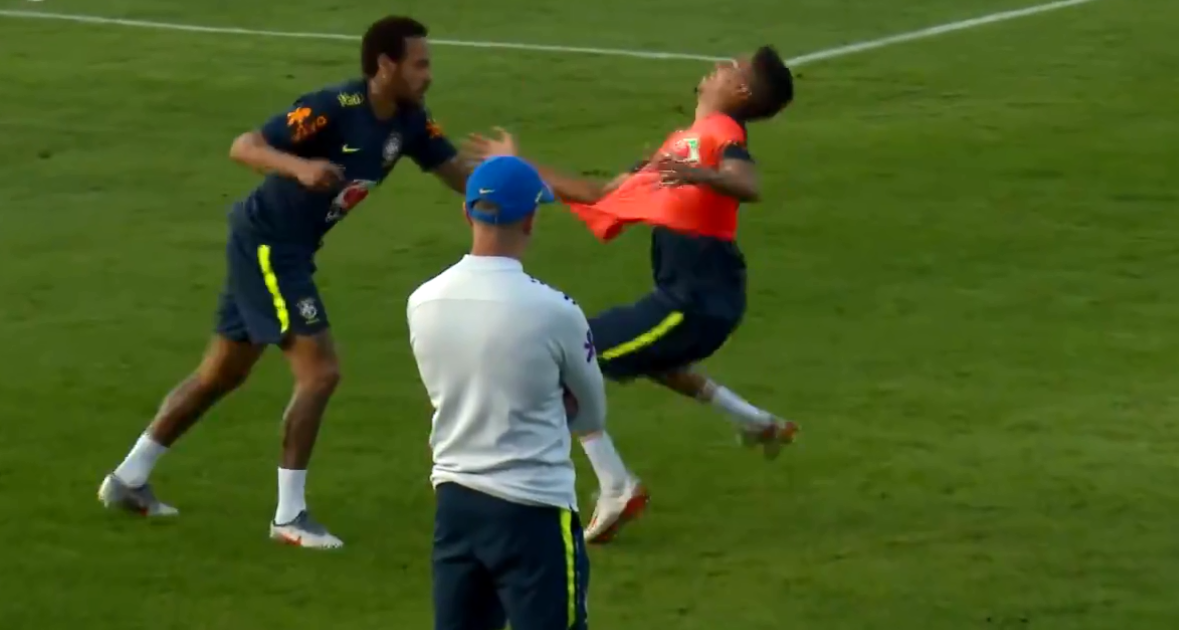 Neymar has been stripped of the Brazil captaincy and replaced by Dani Alves following a number of disciplinary issues.

The 27-year-old would have been hoping to rebuild Tite's trust in him as he trained with the squad this week.

But instead, Neymar let his temper get the better of him when Weverton showed off his skills during training.

After he received the ball into his feet, the Cruzeiro ace brilliantly knocked the ball through the striker's legs.

Neymar immediately grabbed the youngster by his bib and threw him to the ground.

Weverton laid on the ground in shock as the former Barcelona forward walked away without even looking back.

After a video of the incident went viral on Twitter, fans bombarded Neymar with abuse.

One said: "Not quite sure where he's got this arrogance from. The most overrated footballer to ever kick a ball."

Another added: "The worst part is not pulling the kid. He didn't even help the boy back up."

While one claimed: "Soon he will end up in Weverton's shadow."

The £200m man then limped out of training clutching his knee after he took a shot. 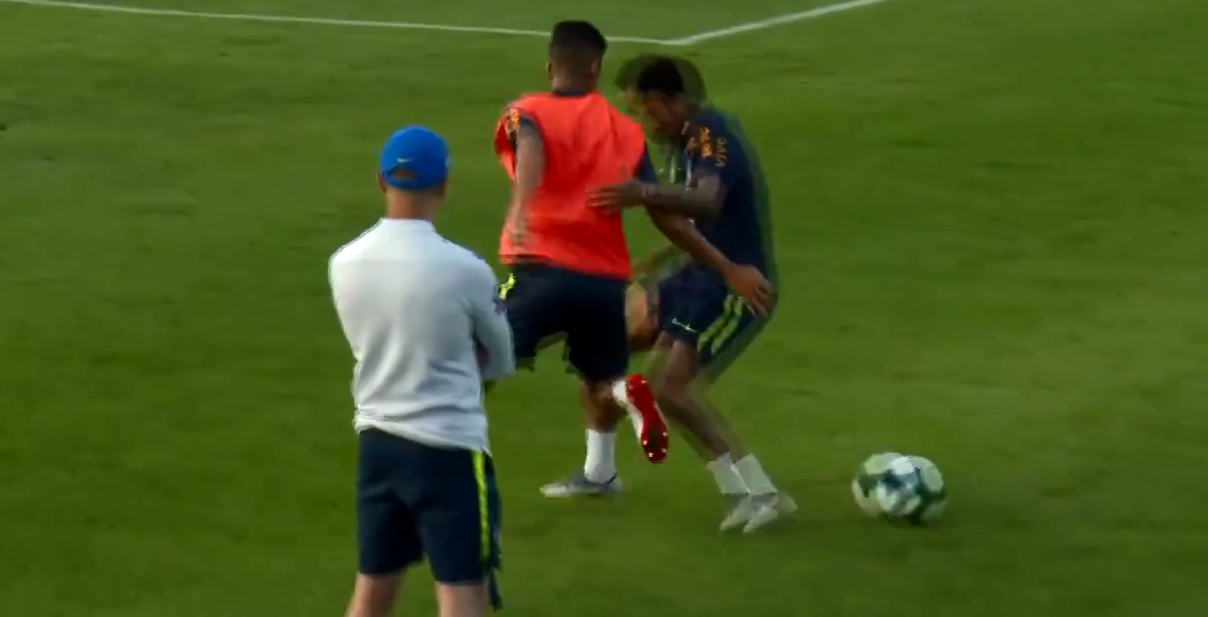