CHELSEA goalkeeper Rob Green wore his full kit to lift the Europa League trophy despite not even being on the bench or getting a medal for the win in Baku.

The former England keeper – the Blues' third-choice keeper – was sure as hell not going to miss out on the celebrations and went full John Terry, even though he has gone 645 days without a game. 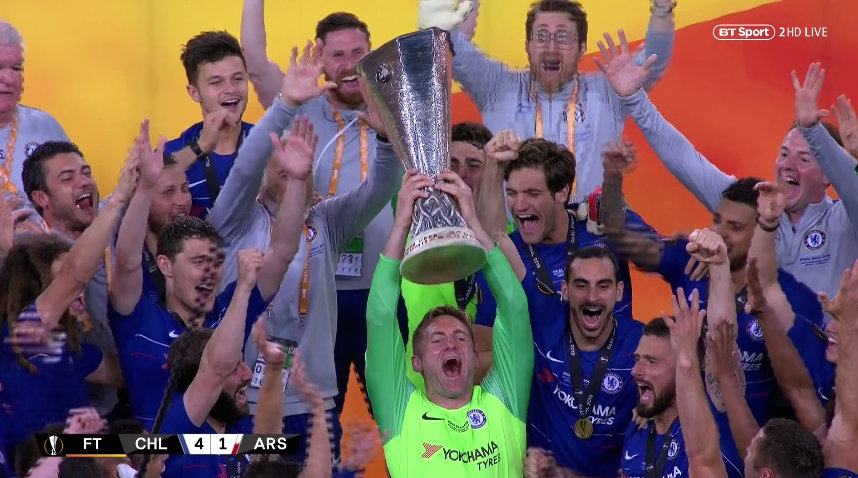 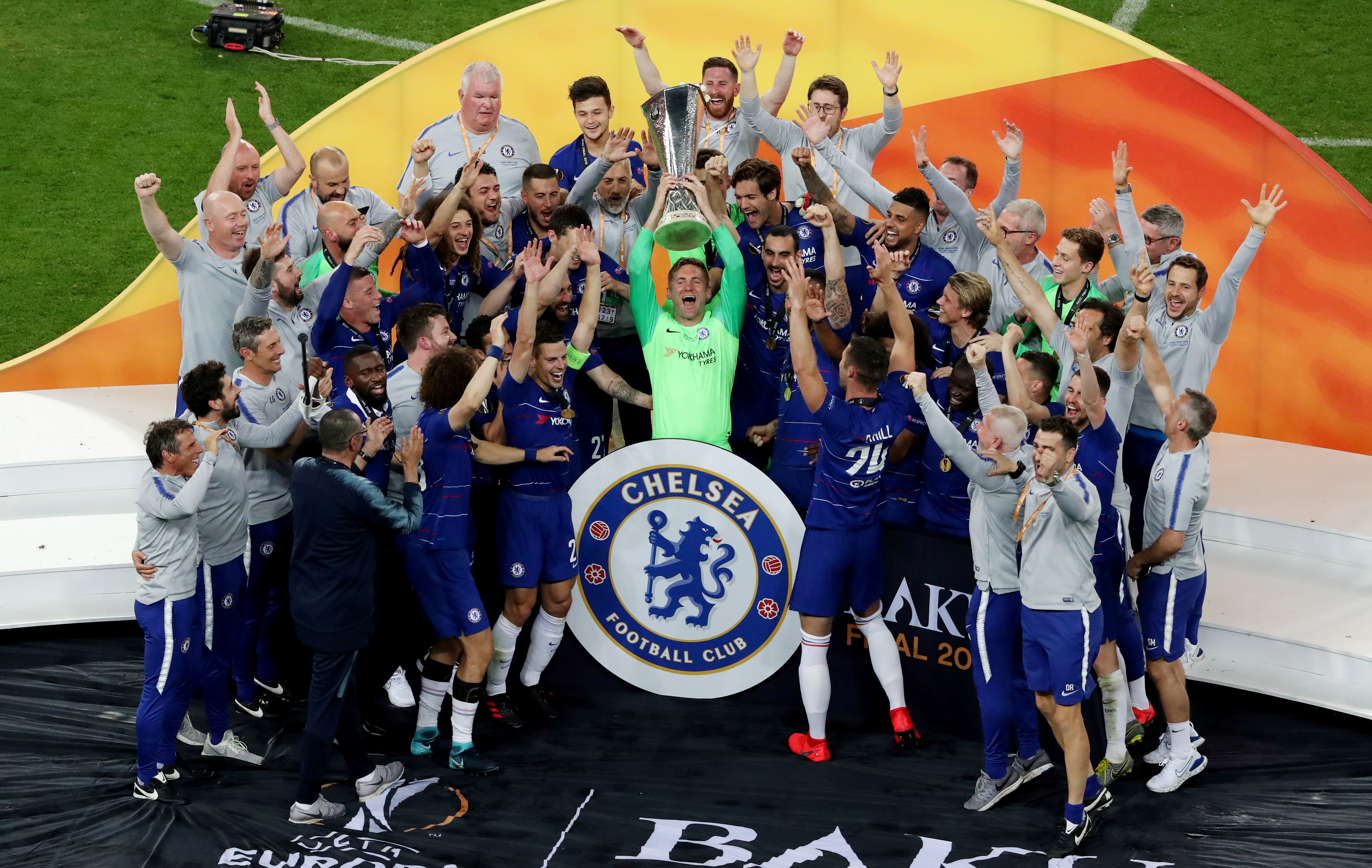 Chelsea thrashed Arsenal 4-1 thanks to goals from Olivier Giroud, Pedro and Eden Hazard – who Green had up on his shoulders.

The Belgian all but confirmed his exit from Stamford Bridge after seven years as he said "goodbye" to fans after the game.

But it was ex-QPR goalie Green, 39, who stole the show after winning the first trophy of his 20-year career – and Twitter users could not get enough of it.

One said: "Got to love Rob Green going for the John Terry trophy lift."

Another wrote: "It's 2019 and Rob Green is lifting the Europa league trophy. What a time to be alive."

A fellow user posted: "I love how everyone in the team seems to love Rob Green so much."

One comment read: "Rob Green, 39 years old, stripped down to full kit enjoying the celebrations as he wins a major trophy for the first time in his long career. Despite not playing a minute in the competition.

One viewer posted: "Rob Green lifting the Europa league trophy and everyone celebrating is the best thing I’ve seen."

Another said: "Rob Green hasn't played a single game for Chelsea and has won a Europa League trophy."

Former Chelsea captain Terry famously donned a full strip and shin pads after the Champions League final in 2012 to lift the trophy – despite not playing. 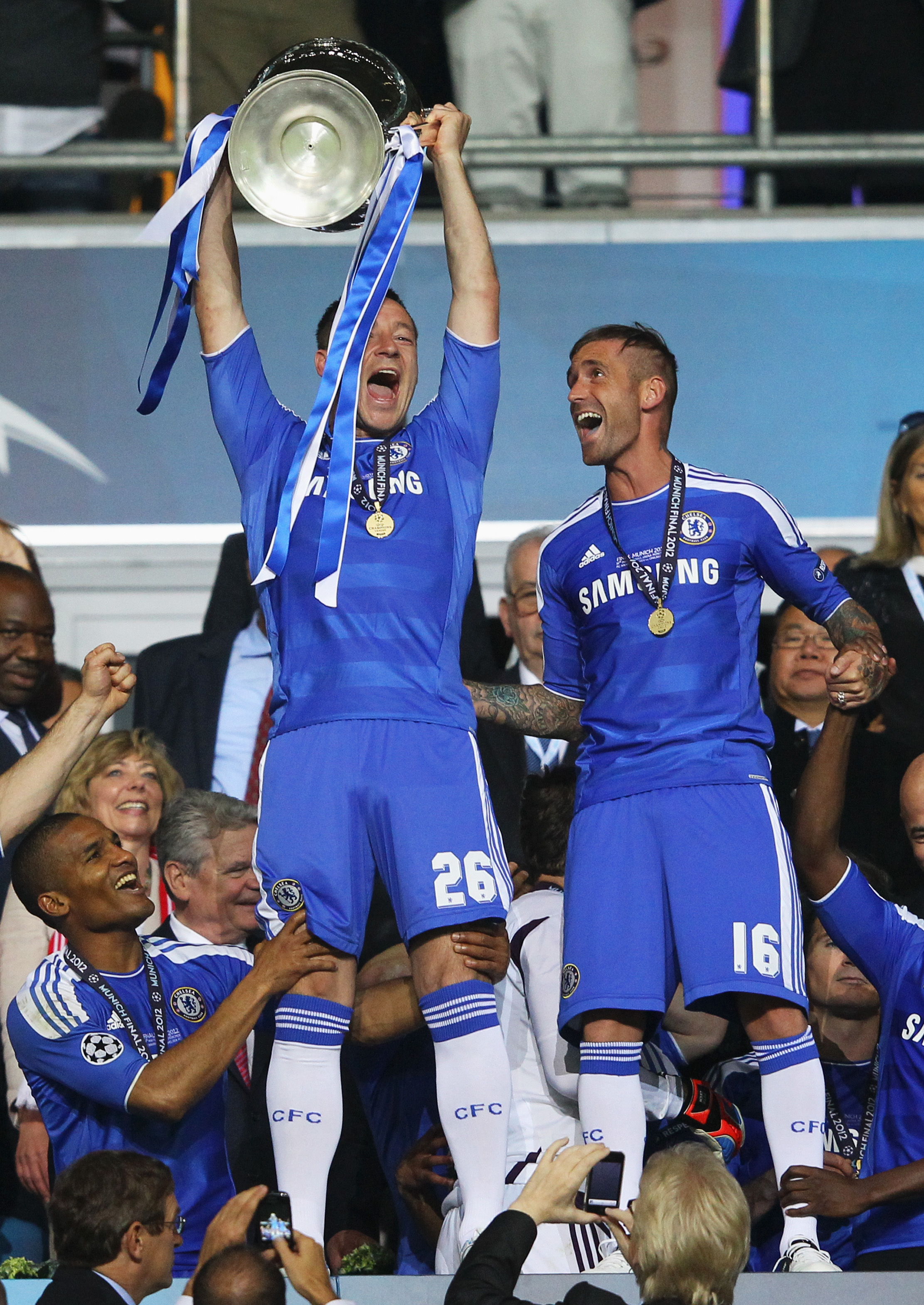