BARCELONA'S new right-back Sergino Dest made a total pig's ear of his unveiling kick-ups before saving face with a sublime skill.

The American right-back arrived at the Nou Camp yesterday but fans were not impressed by their first glance of the £23.5million recruit from Ajax. 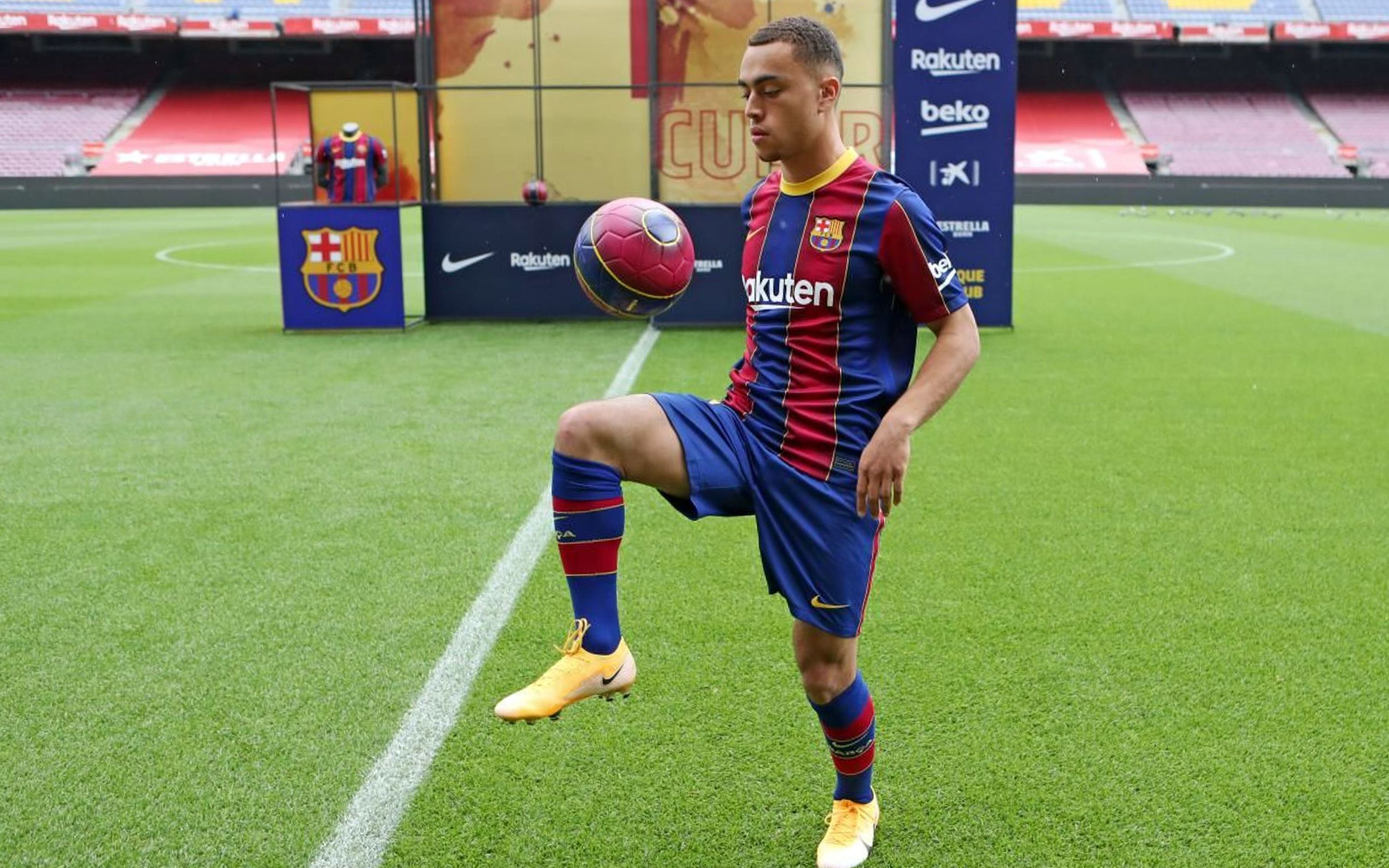 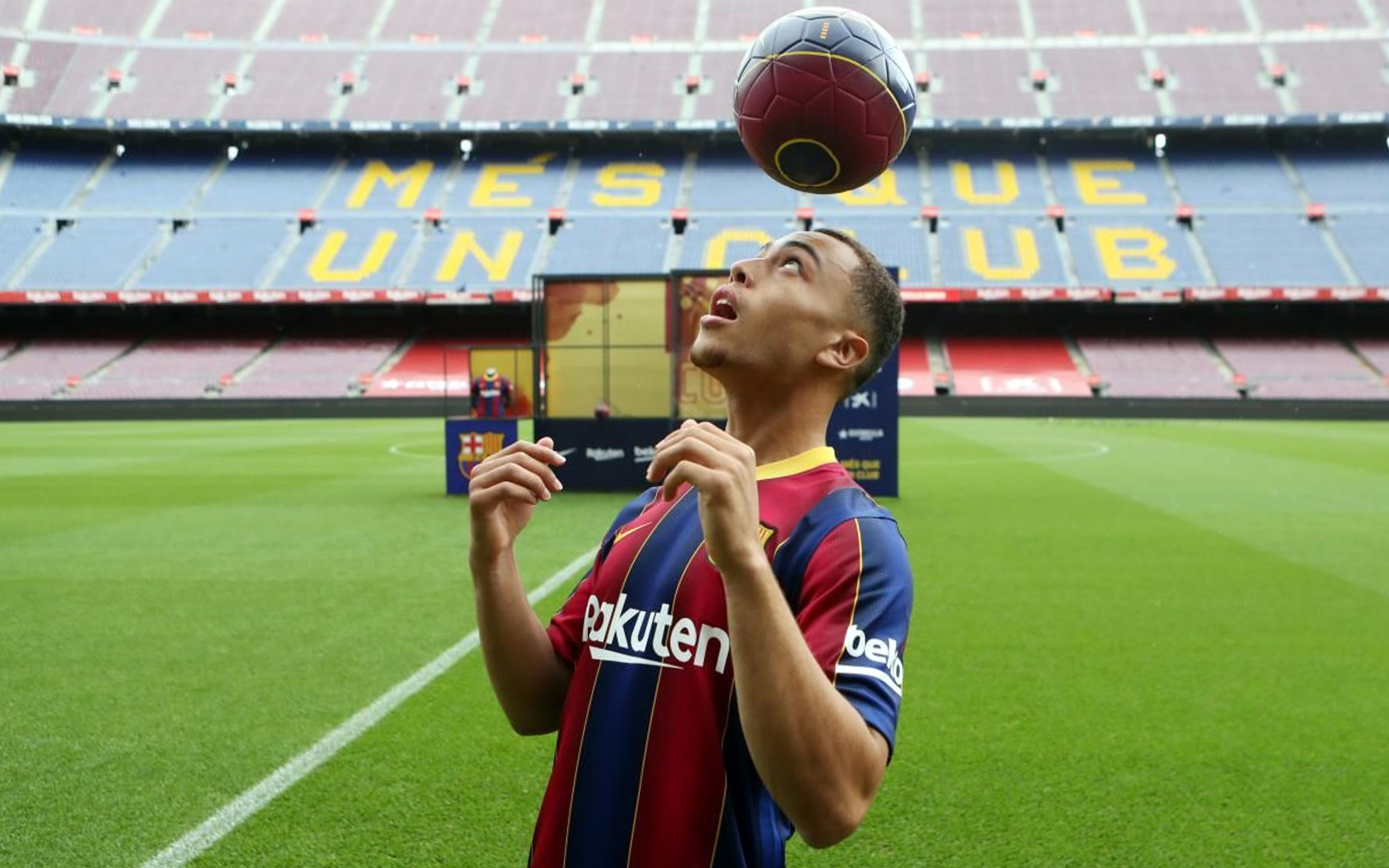 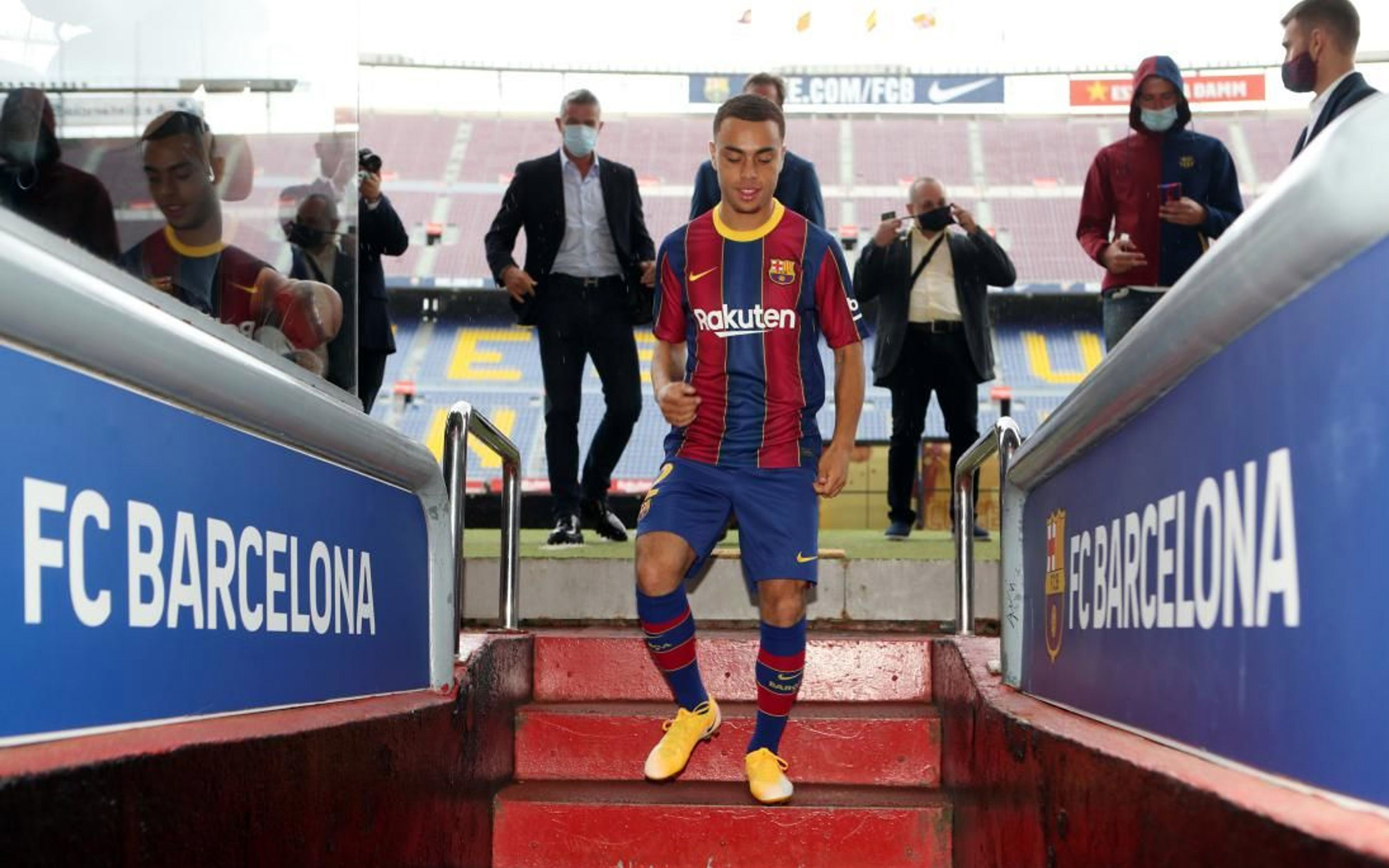 Footage shows Barca's new No 2 place the ball between his legs and attempt an 'around-the-world' before it ricochets off his thigh and rolls away from him.

The 19-year-old then panics and attempts to flick the ball back up with the outside of his right foot before awkwardly spooning it away from himself again.

Dest tried to compose himself and do a simple toe flick to start his traditional kick-ups but even that failed as it glanced of his shin and out of his reach.

Barca reportedly had him come back and film the kick-ups again after the blooper video went viral.

And footage released later saw Dest save face somewhat as he performed an impressive 'spinny-flicky' move that saw him ping the ball up of his heel and meet it with his outstretched left leg after a 180 degree spin.

Barca beat Bayern Munich to Dest's signature and paid £19m up front for him with an extra £4.5m in add-ons while his release clause is set at more than £360m.

He takes the shirt vacated by Nelson Semedo, who joined Wolves in September.

And Barcelona announced the deal with a special video on Twitter.

Captioned "Shhhhh…" the clip showed Dest walking out of the tunnel, up the steps on to the Nou Camp pitch.

With the ground empty, the only noise in the video is Dest's footsteps and whispering: "Wow… unbelievable," as he takes it all in.

Ajax, in typical classy fashion, replied: "Take care of him."

A second video released by the LaLiga giants captured the new signing making his way to the stadium, in the changing room and then in his kit on the pitch attempting the skills with the ball.

Born in Almere, Netherlands, Dest joined the Ajax academy nine years ago and progressed through the ranks before making his first-team debut in July.

END_OF_DOCUMENT_TOKEN_TO_BE_REPLACED

END_OF_DOCUMENT_TOKEN_TO_BE_REPLACED
Recent Posts
We and our partners use cookies on this site to improve our service, perform analytics, personalize advertising, measure advertising performance, and remember website preferences.Ok