JAMIE CARRAGHER showed he still has the legs by beating former Olympic sprinter Usain Bolt to the ball during Soccer Aid. 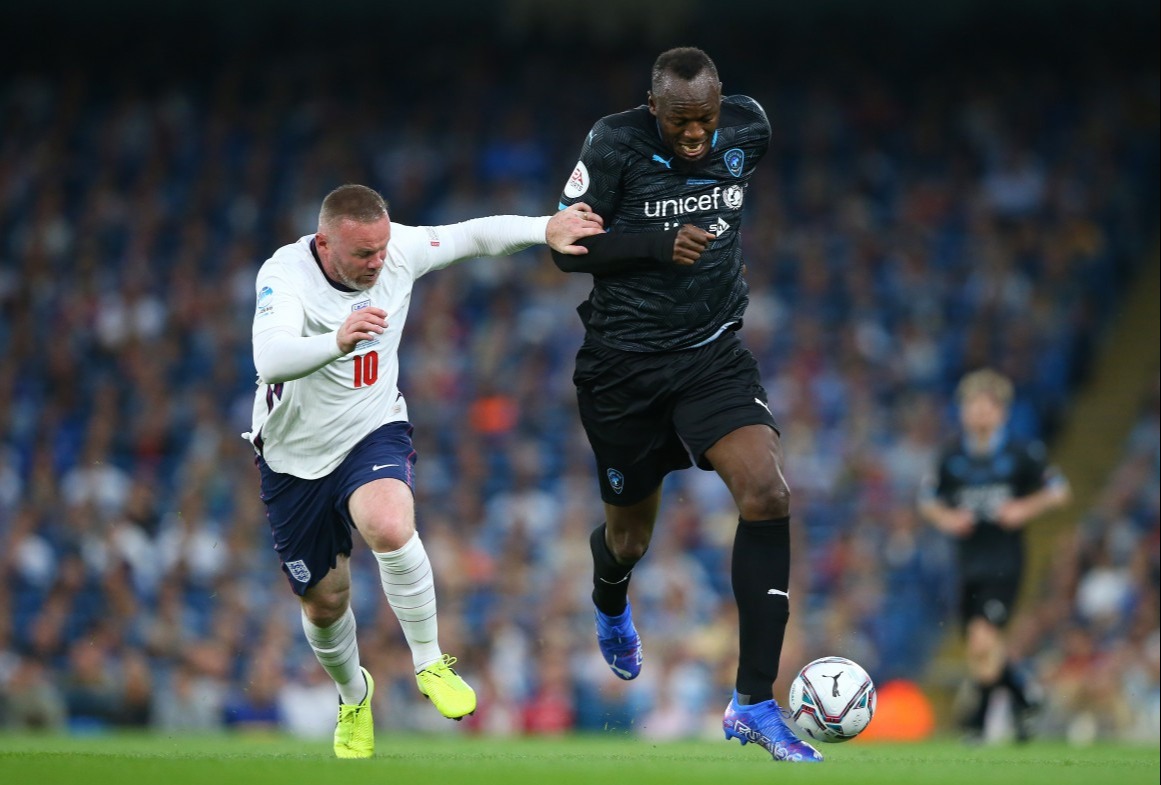 Moments later things turned from bad to worse for Bolt, who struck a shot wide of David James' goal after being played through one-on-one.

But the Jamaican was at the centre of the action in the opening stages with Gary Neville also dragging him down just outside the penalty box.

Carragher also got in on that action and fouled Bolt on multiple occasions to avoid being beaten for pace.

And the Sky Sports pair would have been proud of their first-half performances as they stopped the World XI from scoring.

But fans on social media were split on the former Liverpool star's performance.

One said: "Carragher is handling bolt too easily."

Another added in agreement: "Carragher taking out Usain Bolt is very funny to me. Beauty of soccer aid."

A third said: "Neville and Carragher are the best CB partnership I never wanted to see."

But another fan did not appreciate Carra's actions, saying: "Jamie Carragher is being a complete a*** with his bad tempered fouls."