There have never been more English players in a Champions League final since the old competition was reformatted to include group stages, non-domestic champions and dozens of adverts for Gazprom, than in 2008 when 10 took the field in Moscow.

And there have never been fewer in an international tournament this century than 2008, when zero Englishmen took the field over the course of three weeks at that year's European Championships, the golden generation's lost summer. The abiding memory from the aftermath of the 3-2 defeat by Croatia that sealed England's fate the previous November had been Slaven Bilic's observation about how badly underestimated his players had been. "I read somewhere that none of my players would get in the England team," he said. "Guys, wake up".

The season 2007-8 was a confusing year in that respect: two English teams in the final for the first time in the history of the Champions League, and a national team so dire that by August, a late equaliser against the Czech Republic at Wembley felt like a decent result. One key forgotten detail that gets lost along the way, obstructed in history's view by the Football Association brolly that stood as a motif for the day, was that Steve McClaren's team had terrible injury and availability problems for that fateful final qualifier. Indeed, only two of the 10 England internationals from Manchester United and Chelsea who started the Champions League final in May had started against Croatia six months earlier. Even so, they needed only a draw at Wembley. 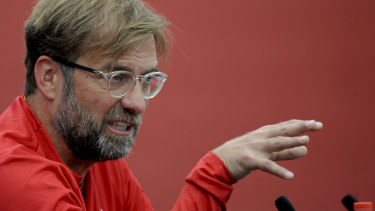 On Saturday, the spread of Englishmen starting the biggest match in the European club game is likely to be anywhere between five and eight. Five will make it the second-highest total for Englishmen in a Champions League final. Not since the year 2000, when Steve McManaman started for Real Madrid, has an English player started the Champions League final for a non-English team. As a snapshot of the standard of a nation's football, does it matter?

It comes down to a delicate combination of the financial power of the league and the strength of a nation's output of players. Belgium are under-represented in finals, perhaps a consequence of the clubs their leading players have chosen to join. So too the world champions France, although their huge diaspora of players across Europe ensures that one or two feature in a final most years. Balanced against that is the struggles of their club sides to make a final, none having done so since 1992.

There were 14 Germans in the starting XIs of the all-Bundesliga final in 2013, one year before that nation went on to win the World Cup final. There were no Spanish players represented in 2008, the year they went on to win the European championships, nor in 2010 when they won the World Cup. Although when Real Madrid played Atletico Madrid in 2014 there were 12 Spanish players in the starting XIs and nine in 2016 when the two clubs faced each other again in Milan.

Spain has averaged around five players a final going back to 2005 although may not have a player among the 22 on Saturday unless Fernando Llorente starts for Tottenham.

The Brazilians, traditionally the country that produces the most players in the Champions League season as a whole, has been represented in the starting XI of every final this century and it will surely be the case again on Saturday. They have the deepest player resources of any football nation on earth.

That is the question that is consistently put to Gareth Southgate: does a country need a large base of players in order, ultimately, to be successful at World Cup finals? Or can it be like Croatia and survive on a small elite? The England manager is in no doubt it is the former. There is no wider community of elite-level English players operating in Europe's top leagues. It is why he speaks out on the consequences of falling numbers of Englishmen playing in the Premier League.

The debate sparked by his decision to drop Kieran Trippier from the Nations League squad is intriguing because it is so rare. Ordinarily, leaving out a player who had been a key part of the best tournament performance in 18 years, and a Champions League finalist, would have been a most unlikely outcome, even considering Trippier's form in the second half of the season.

That Southgate happens to have three good-to-outstanding players for one position is a selection problem that feels strange for an England manager.

The Champions League final is just one brief window on the health of a football nation but when one looks at the most successful nations, in particular the last three World Cup winners, Spain, Germany and France, they have had strong representation in the biggest club game of the season.

This is an all-English final with some very good English players on either side, but it comes against a backdrop of falling numbers of English players in the Premier League and an England manager who has warned that his successors may face bigger problems. There is no expat English football elite to call upon and perhaps there never will be. Southgate's current squad numbers just one player from outside of the Premier League and the England manager himself has warned against expectations others will have a similar success to Jadon Sancho.

Moscow 2008 may yet stand as a high watermark for English players in a Champions League final and while it is right to say that period did not correlate with a peak in the fortunes of the national team the movement in the modern game is only going one way. The most powerful nations in Europe are producing elite-level players like never before, and England do not have the strength in numbers to compare.