Home » Sport » What is next for Jonny Clayton following his Premier League Darts triumph?

What is next for Jonny Clayton following his Premier League Darts triumph? 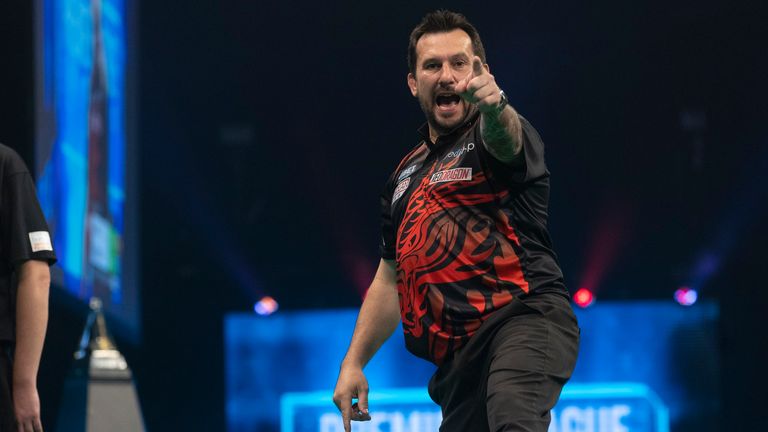 “I have always said when I walked into rooms you get a bit star-struck with all the big players, but I have worked hard and I’m up there with the best now.”

Having added the Premier League title to his Masters and World Cup successes, Jonny Clayton has established himself as part of the darting elite, but what is next for The Ferret?

It saw the 46-year-old become the first Welshman to lift the coveted Premier League crown and the second consecutive debutant to triumph following Glen Durrant’s victory in October 2020.

Nevertheless, it was soon back to normality for Clayton – who continues to balance his darting commitments by working as a plasterer for Carmarthenshire County Council.

“It’s been a bit different, but back in work, back in the tools today,” Clayton told the Darts Show podcast on Tuesday.

“The first question was: ‘Am I still saying, or am I going to leave?’ he joked.

Clayton certainly cannot be accused of papering over the cracks where his darts are concerned. He has performed magnificently over the last six months to capture three televised titles, but he is reluctant to change a winning formula. 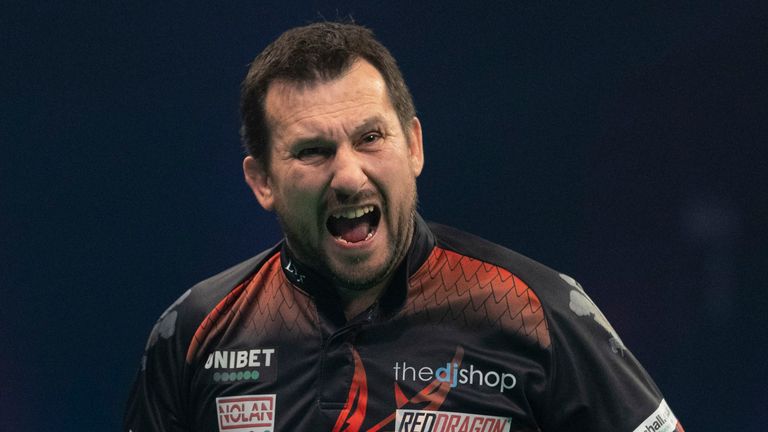 “I have always played my darts while working so I don’t see why it would help if I finished? I am going to leave it as it is at the moment, and I will just keep working.”

The Ferret has not emerged from the darting abyss to become a prolific winner. He has been on the periphery of the world’s top 16 since finishing runner-up at the Players Championship Finals in November 2017.

Nevertheless, his World Cup win alongside world No 1 and world champion Gerwyn Price has seemingly had a domino effect, and Clayton simply attributes his ascent up the ranks to self-belief.

“I think it is just confidence. I don’t think I have changed anything. I just go out and I enjoy it. Darts is a game where if everything goes your way, you are going to enjoy it and at the moment, things are going my way.”

Sky Sports’ Mark Webster – Clayton’s fellow Welshman – hailed the exploits of his compatriot, and he believes the condensed nature of this year’s tournament was instrumental in his success. 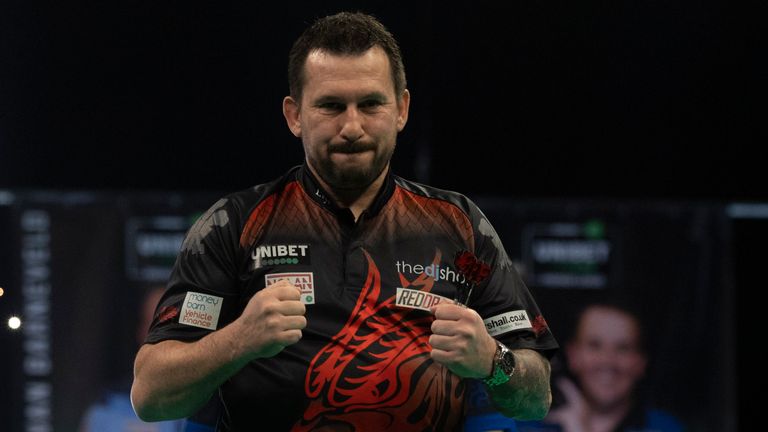 “It was massive, especially for my confidence. That win with Gezzy to win the World Cup – I had a taste of my first big tournament, which was brilliant.”

“I said to him at the start of the Premier League: ‘Jonny, you’re on a purple patch here. The Premier League is done and dusted in six weeks. Keep it going and you could lift that trophy.’

“I thought nothing of it at the time, but credit to him; he wins the Premier League and is earning himself a healthy living as well.

“If you are going to win your first Premier League, that is the way to do it. He was nice and comfortable and never looked in any danger of losing that final.

“Even in the semi-finals, Michael [Van Gerwen] rattled off three legs on the trot against him, but Jonny was in control of the Finals Night and was a deserved Premier League champion.”

Having received the 10th and final spot following his Masters victory in January, Clayton spoke about grasping potentially his first and last opportunity to feature in the Premier League. 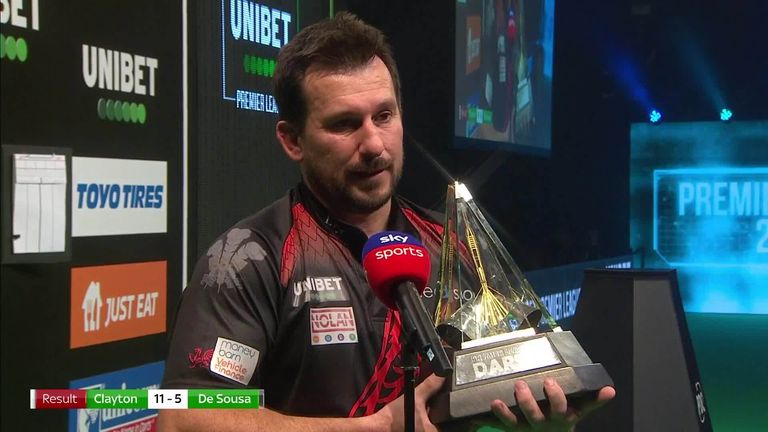 Nevertheless, as the reigning champion, the diminutive Welshman is assured of a place in next year’s roadshow; a prospect he is already relishing.

“It is a brilliant feeling. I know I am in it. I think the World Championship is the biggest [tournament] followed by the Premier League,” Clayton continued.

“I really enjoy having the fans there. I love the banter because I am just one of the boys. I like the party atmosphere and there was a few of my friends in that crowd that travelled up from my village – it meant a lot.”

The Ferret was a very popular winner with the darting public. It’s not quite a rags to riches story akin to Rob Cross, but it’s been a meteoric rise nonetheless for Clayton, and Webster believes there is plenty more to come.

“He is one of the good guys, a good mate and I was so pleased for him. He is so grounded, and I think he is great for promoting the sport. 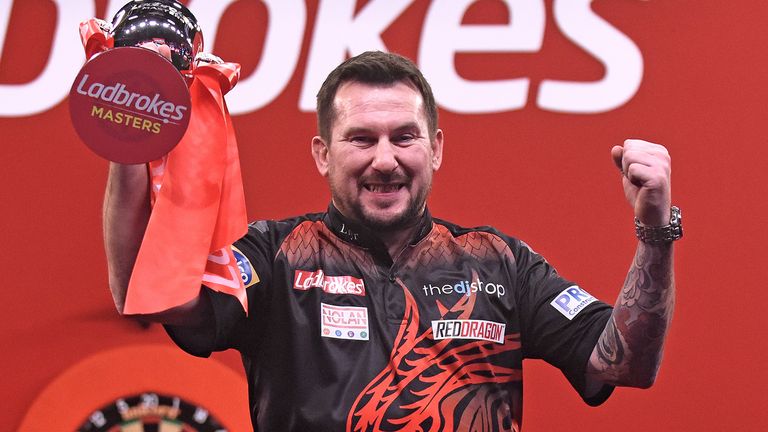 “He is just a regular working-class guy who gets on with it. He deserves all his achievements and there is more to come for me. I don’t see him stopping.

“Whether he wins the Matchplay next, I don’t know. I don’t think he is done winning major titles, that’s for sure.”

Clayton will undoubtedly be among the favourites to challenge for the title at the World Matchplay, although there is a very realistic possibility that he will be unseeded in Blackpool.

Despite winning a combined £310,000 at the Masters and Premier League, he remains world No 17, as both tournaments were non-ranking events, therefore do not contribute to the PDC Order of Merit.

The prospect of Clayton colliding with the likes of Van Gerwen or Price in the opening round is a tantalising one, but he is well aware of the major target on his back, as he bids to avoid a fourth consecutive first-round defeat at the Winter Gardens. 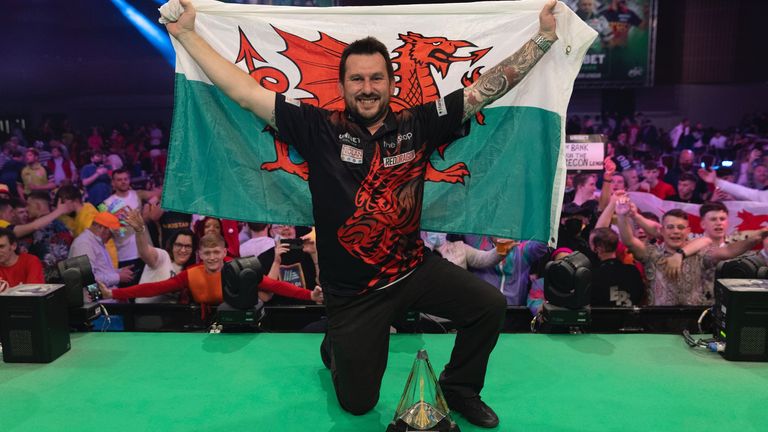 “You see the three finals he has won – obviously one was a pairs event for Wales – at the Masters and the Premier League he got out in front, and I don’t think it ever crossed his mind what he was going to achieve.”

Webster: The Ferret showed no fear

“I think I might hide for the first couple of tournaments, keep it low-key,” he quipped.

“Winning the Premier League has gone – we’re back to work as normal now – it’s back to the floor. You have got to forget about last week.

“It is nice that the Welsh are having success at the minute. Obviously Gezzy [Price] as world No 1 and world champion, that is massive.

Darts is back on your Sky Sports screens in July, with nine days of coverage from the iconic Winter Gardens and the World Matchplay – the action gets underway on Saturday July 17