JIMMY Greaves and Irene Barden have been together more than 60 years.

The couple first married at Romford register office in Essex in 1958 but divorced during the height of Jimmy's alcoholism in the 70s. 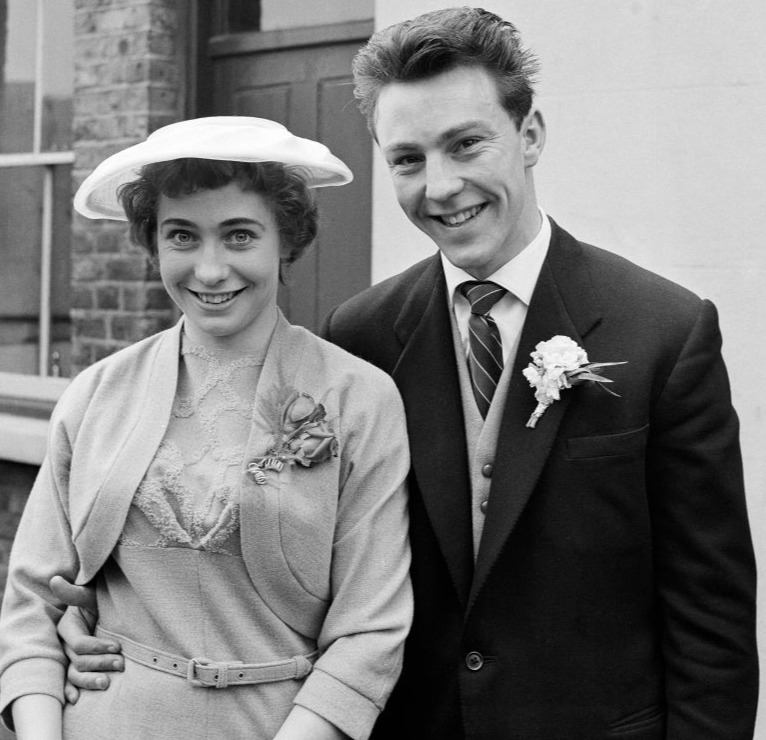 Irene, 81, is Jimmy's wife and the mother of their four children.

They married when they were both 18 and when Jimmy was a forward with Chelsea, earning £17 a week and £100 if he played for England.

They separated for 18 months due to football legend's uncontrollable drinking habits following the death of their young baby Jimmy Jr and Irene filed for divorce but never finalised it.

They lived together until his death on September 19, 2021.

"We've always adored each other, without a doubt," she once said of their relationship following Jimmy's stroke that left him partially incapacitated.

"'I never wanted anyone else. But I look at him now and think he's not the man he was. I've lost my best mate. There was no one like him."

When did they get married?

Jimmy and Irene married at a register office in Romford, Essex in March 1958.

Irene wore a smart belted beige dress and jacket with white gloves and a white hat for the ceremony.

They separated in the '70s and reunited 18 months later when Jimmy committed himself to rehab.

They were married for only three years when they lost their baby son Jimmy Jr.

"He was five months old and there was no rhyme or reason about it," Irene said.

"It just happened. He'd been a healthy baby, 9lb at birth, and when he died we didn't speak about it — you were told to go home and get on with your lives. There was no counselling.

"But I still think of him. You always do. I've still got a lovely picture of him hanging on my wall with all the other family photos."

They've been together ever since and in 2017 remarried in a small ceremony in their village church.

"Oh, it was a lovely day," Irene said, adding: "We've been together 63 years now and we always considered ourselves married, even when we weren't. We still went out for our anniversary."

Do they have kids?

Danny was a professional footballer with Southend United.