Home » Sport » 'Who the f*** is this?' – Canelo Alvarez and Kamaru Usman in Twitter row as boxing king laughs off UFC champ's call out

'Who the f*** is this?' – Canelo Alvarez and Kamaru Usman in Twitter row as boxing king laughs off UFC champ's call out

CANELO ALVAREZ has found himself embroiled in a war of words with UFC welterweight champion Kamaru Usman. 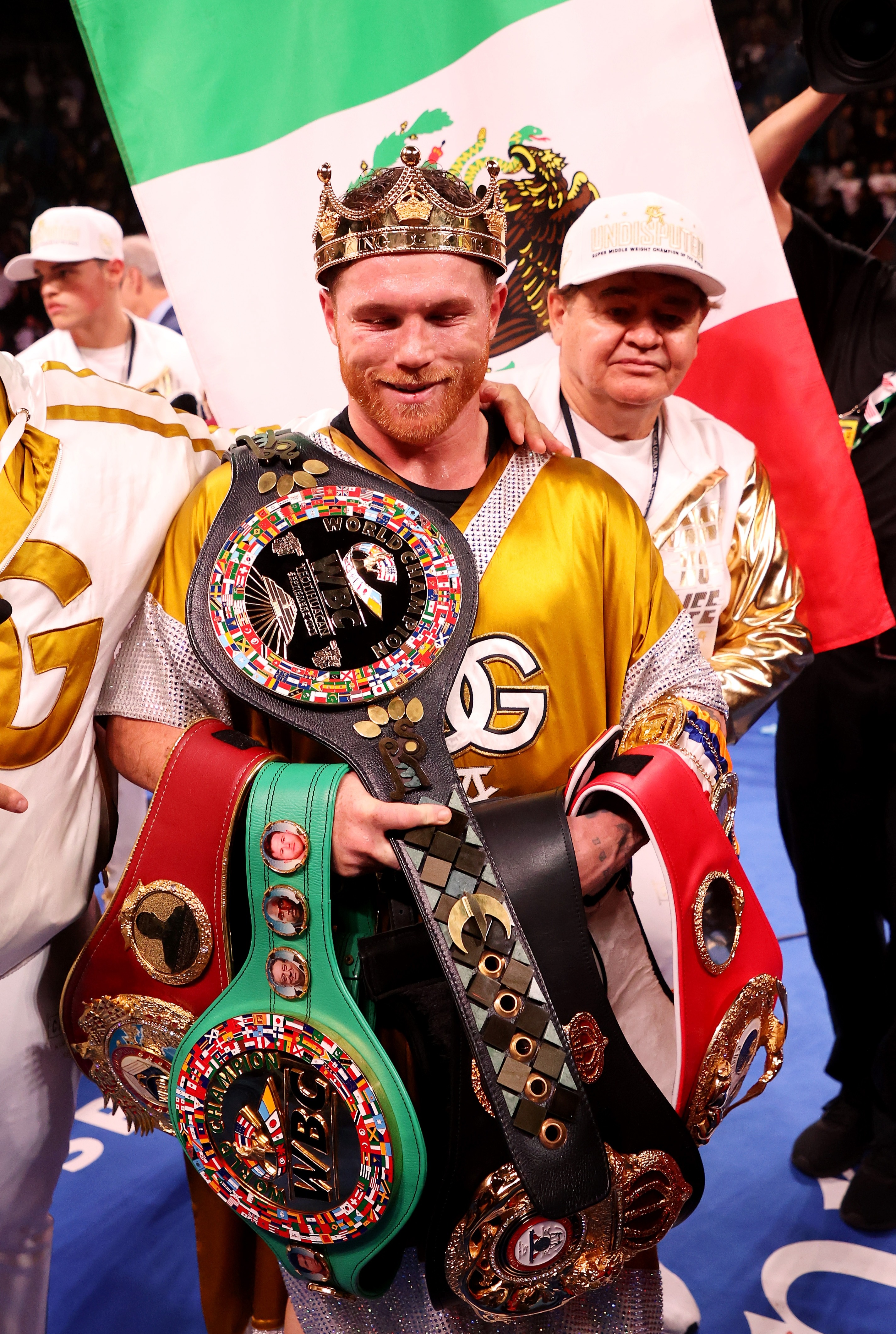 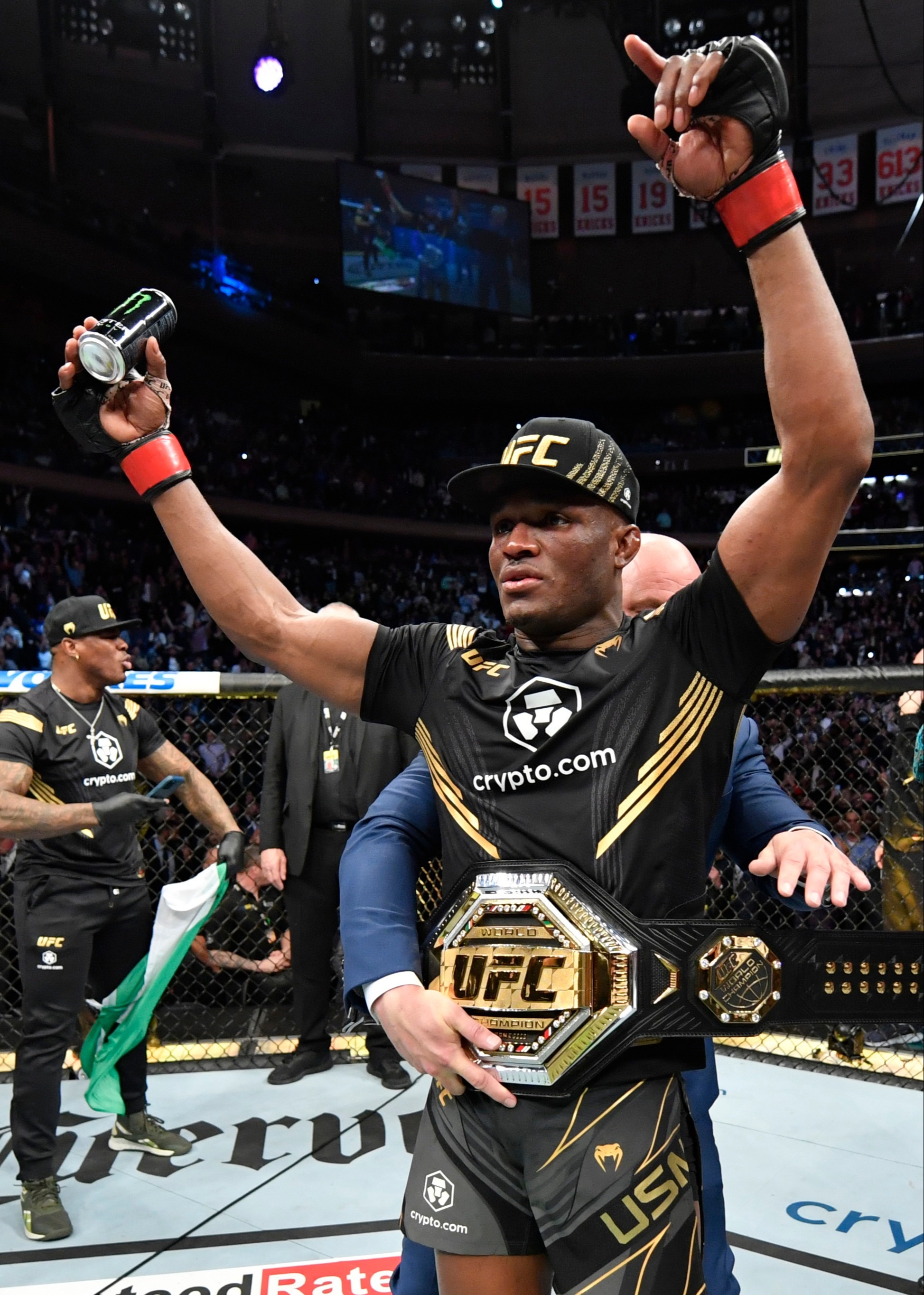 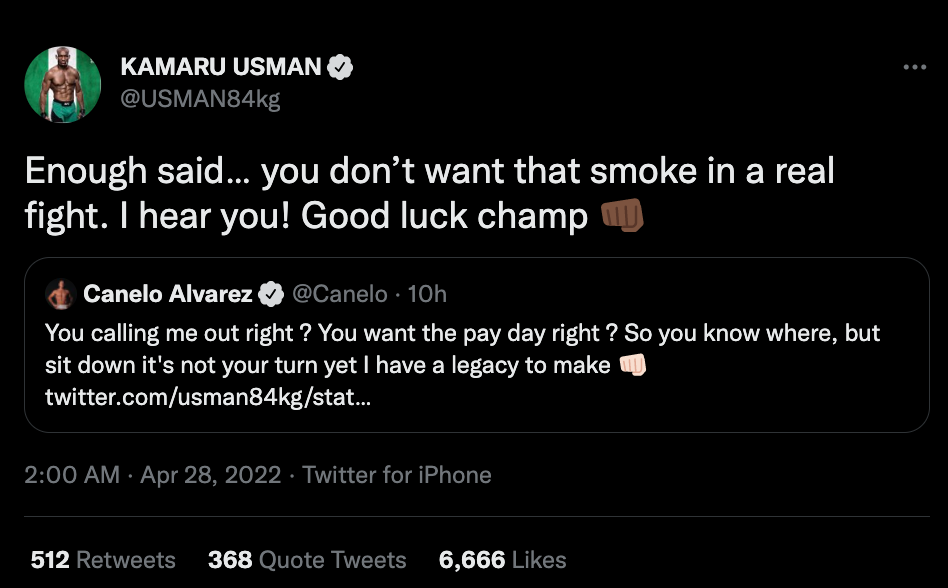 A stunned Canelo – who is gearing up for a light-heavyweight showdown with Dmitry Bivol – replied by saying: "Who the f*** is this?"

Usman chimed in by saying: "Let’s just all relax… before somebody gets hurt."

Undisputed super-middleweight king Canelo, quote tweeted Usman's response and said: "I agree cuz it will not be me."

The UFC's first African champion responded with a challenge to boxing's biggest star,saying: "In the cage or the ring I’m willing find out in both… Are you?"

Canelo was left stunned by Usman's call-out, which he believes is motivated purely by financial gain.

He asked: "You calling me out, right? You want the payday, right?

"So you know where, but sit down it's not your turn yet I have a legacy to make."

Usman interpreted Canelo's final reply to be an admission that he's not keen on the fight.

MATCH OF THE DAY

Joshua or Usyk can lure Fury out of retirement for unification bout, says Paris

He added: "Enough said… you don’t want that smoke in a real fight.

"I hear you! Good luck champ."

Usman set his sights on a showdown with Canelo late last year and reiterated his eagerness to box the Mexican a few weeks after his UFC 268 victory over Colby Covington.

But his motivations for fighting the future hall-of-famer aren't financial.

He recently told SunSport: "The more it scares me, the more I'm willing to prepare and go through [hell] to achieve it. 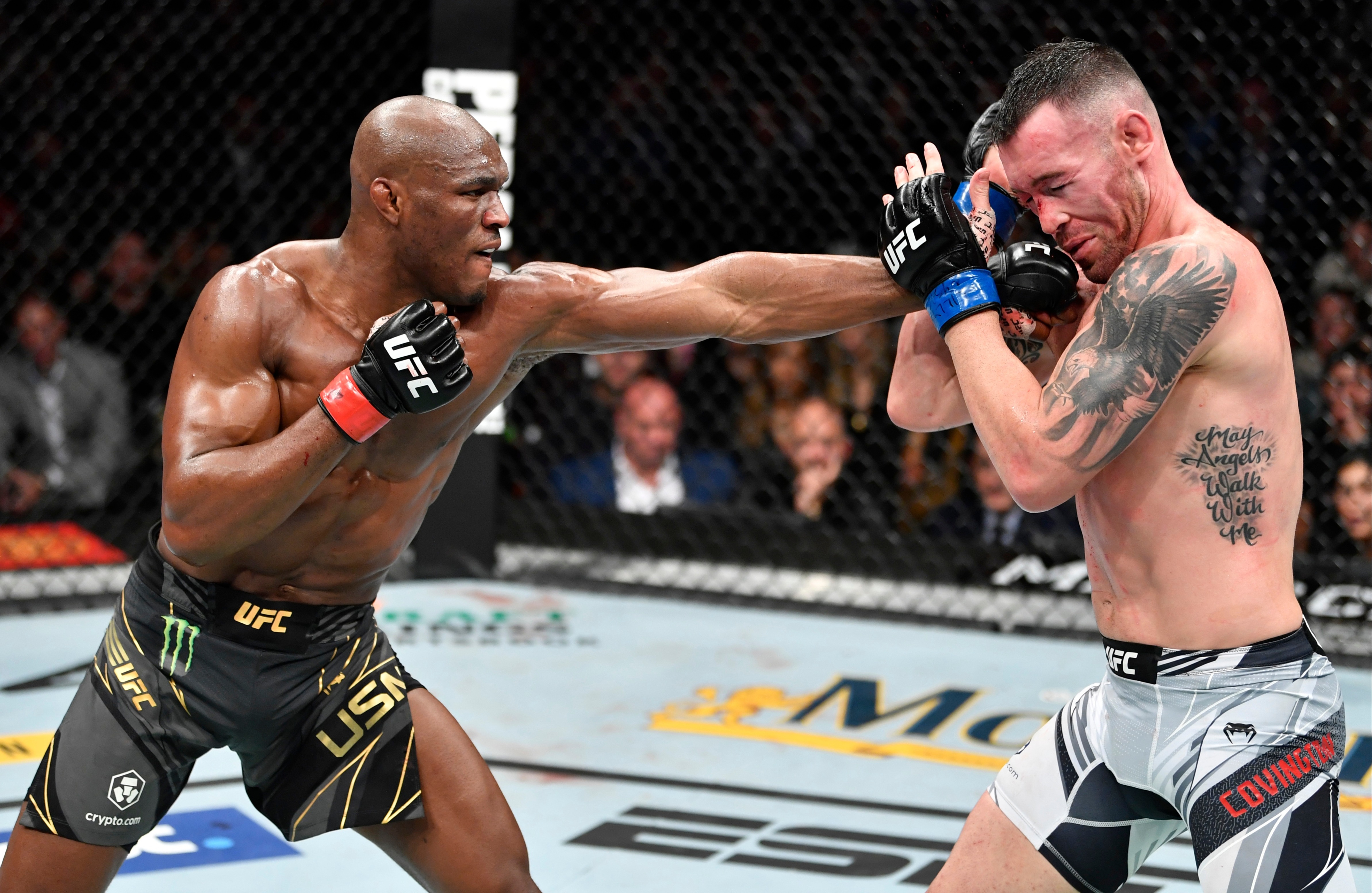 "It's no surprise. Canelo is a tall glass for anybody – a tall pint.

"And it scares me, it scares me to death. But the real reason [I want the fight] is: I wanted to be welterweight champion, I got it.

"I wanted to be pound-for-pound, I got it. I always thought this phrase was special, and the phrase that I'm after now is: 'The Face of the Fight Game'.

"And Canelo, right now, can't say [he's the face of the fight game].

"And that's taking on something that seems astronomically impossible to everyone, except myself."