Home » Sport » World's most lucrative horses earned more in 2020 than the highest paid footballers including Ronaldo, Messi and Neymar

World's most lucrative horses earned more in 2020 than the highest paid footballers including Ronaldo, Messi and Neymar

THE world's most lucrative horses earned more in 2020 than the world's best-paid footballers.

Racehorses can earn millions on the track, but their real fortune lies in their breeding rights off it. 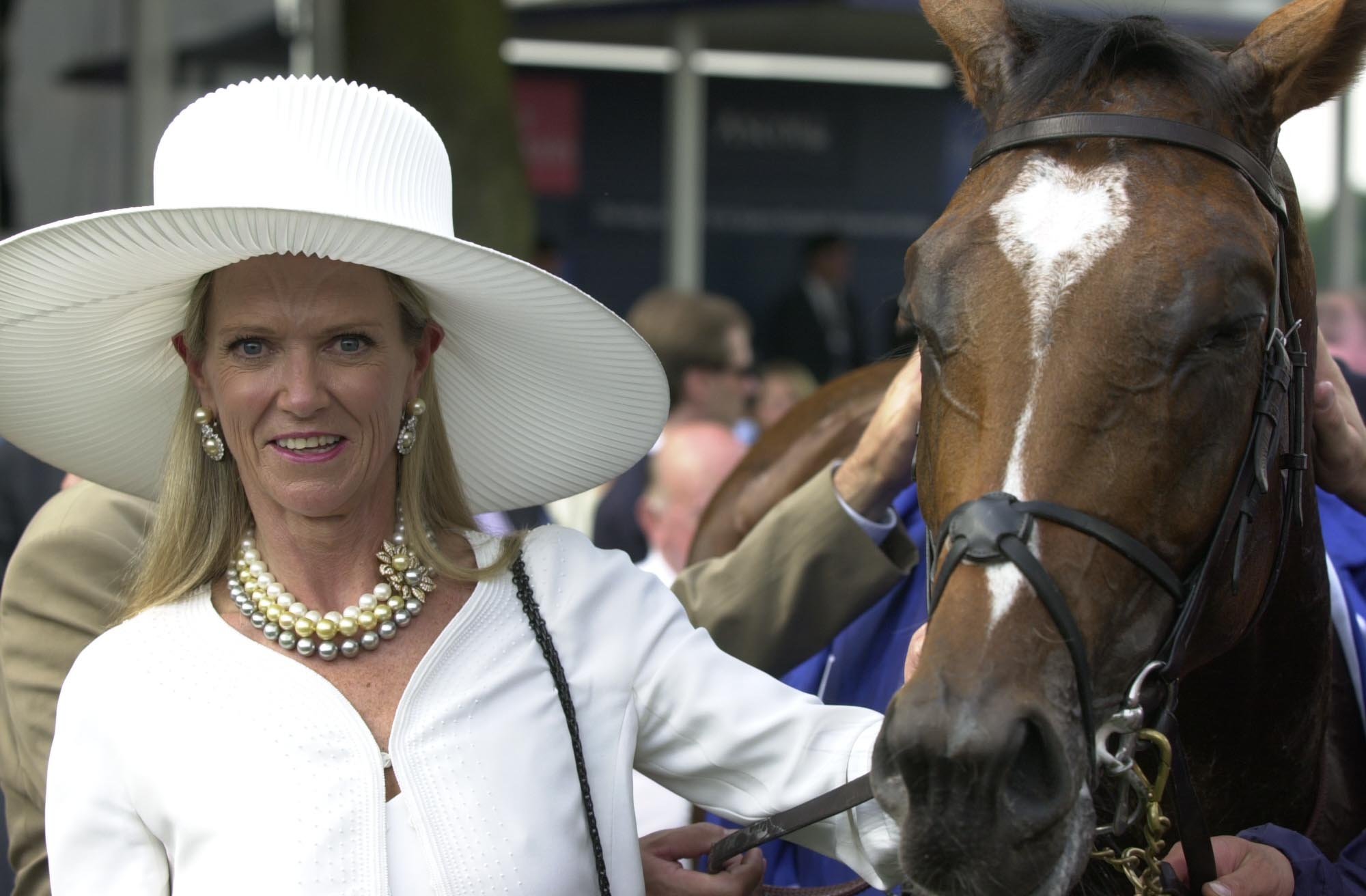 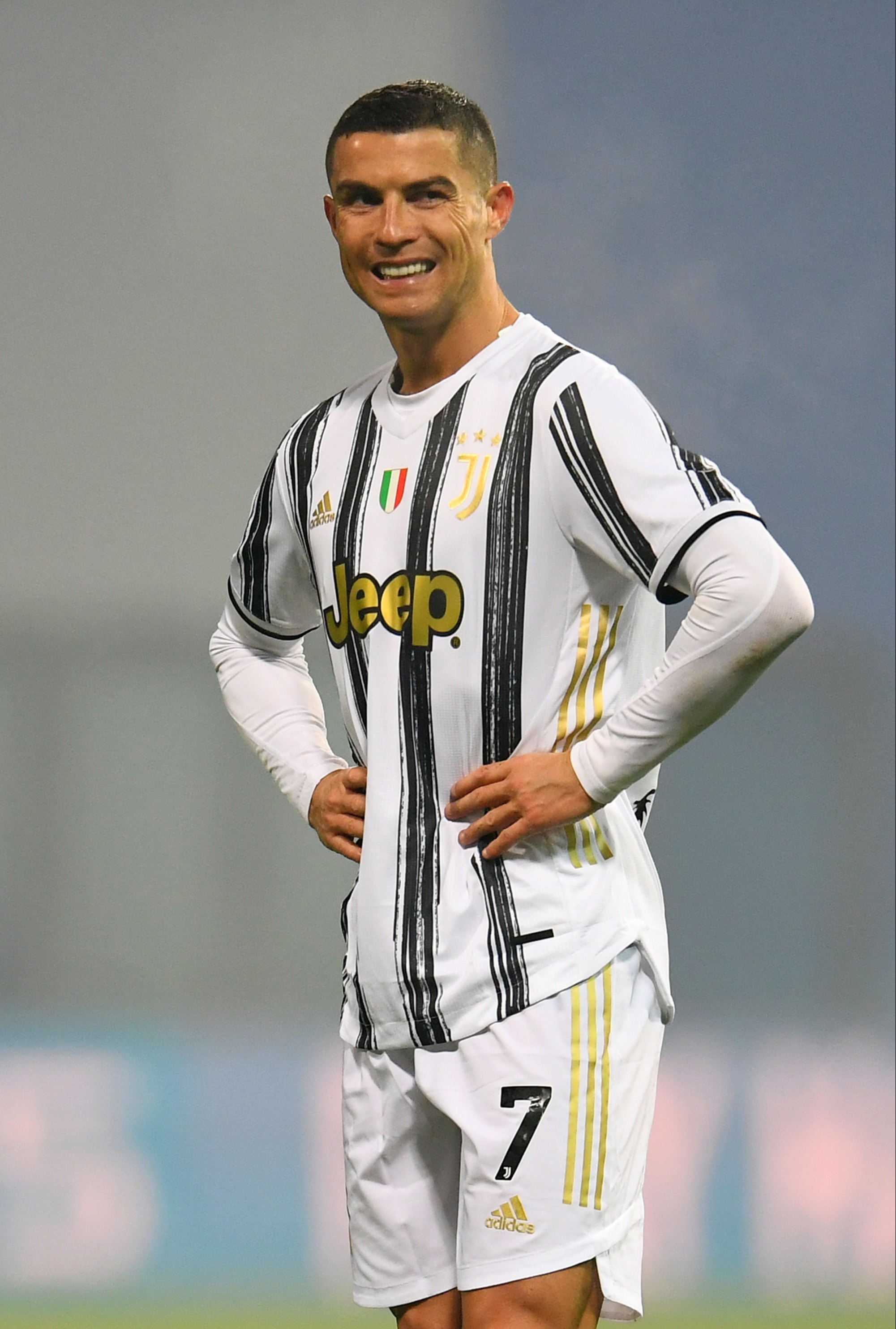 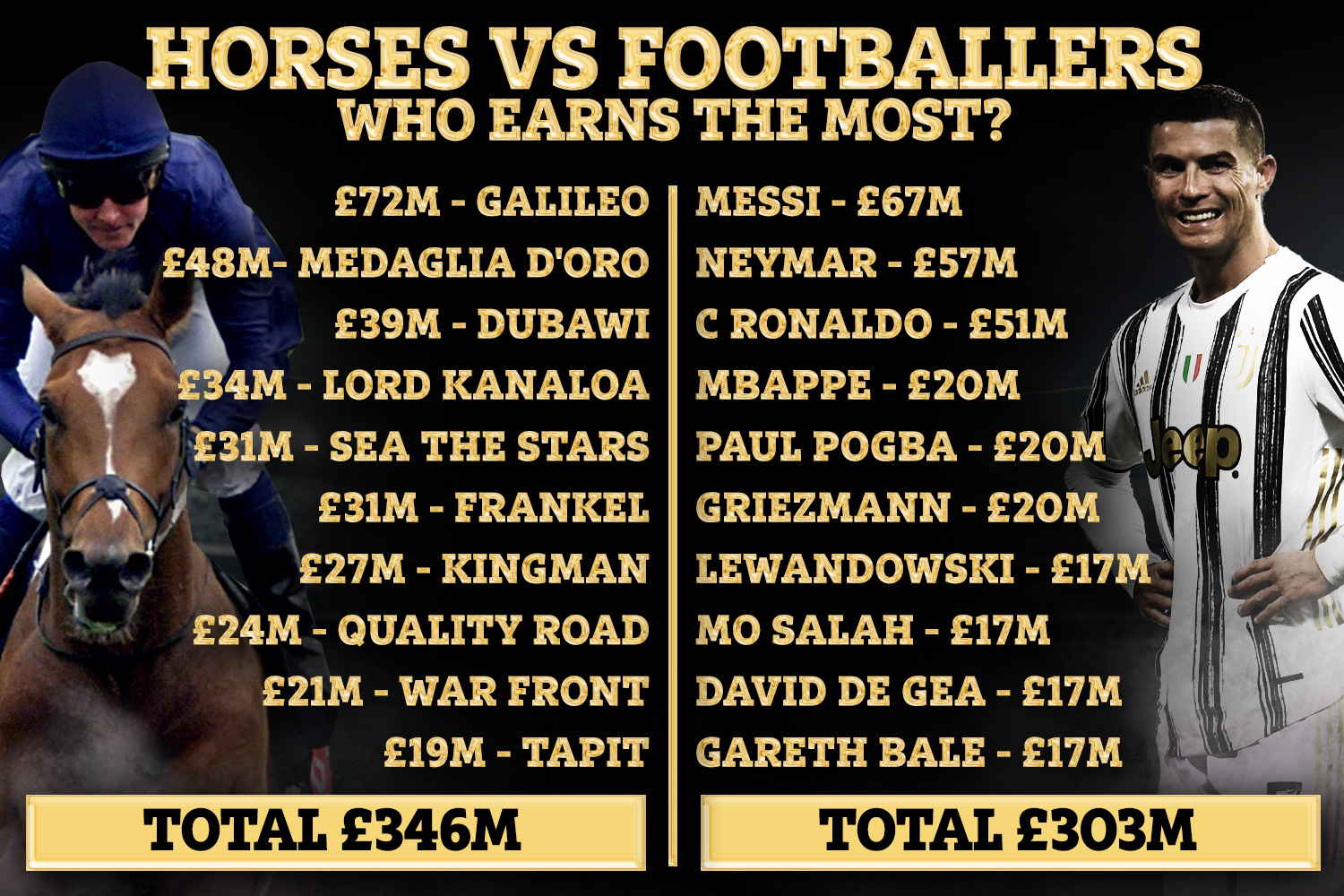 The top ten stud horses in the world in 2020 combined to make their owners a staggering £346million.

Paddy Power: £20 Risk Free Bet: New customers only. Place your FIRST bet on any sportsbook market and if it loses we will refund your stake in CASH. Max refund for this offer is £20. Only deposits made using Cards or Apple Pay will qualify for this promotion. T&Cs apply. Paddy's Rewards Club: Get a £10 free bet when you place 5x bets of £10+. T&Cs apply. 18+ Begambleaware.org

By contrast the salaries of the ten best-paid footballers totalled £303m – a difference of £43m.

Those figures will come as no surprise to the billionaire owners of the world's top racehorses and stud farms.

And those who aren't part of it know the riches they are missing out on – just ask Sir Alex Ferguson.

The legendary Manchester United manager was involved in a row with two Irish racing tycoons – and former United shareholders – over the breeding rights of champion horse Rock of Gibraltar, worth £200m.

It was estimated that Fergie missed out on millions after settling the case out of court.

He knows full well the difficulties of negotiating a player's wage, though, and that is what we have used for footballers here, with sponsorships excluded.

Starting at the top, Barcelona hero Lionel Messi has the highest salary of all, according to Forbes' list of best-paid players for 2020-21.

The six-time Ballon d'Or winner is paid £67m a year by the Nou Camp club.

Cristiano Ronaldo took a pay cut to go to Juventus, where his salary from the club is said to be £51m – some £6m below what Neymar gets at PSG.

But even those eye-watering figures are only just above the £48m Medaglia D'Oro brought home.

The amounts of money are incredible, and, going on the most recent figures available, the smallest amount made by a top ten horse in 2020 was £19m.

What happens when a horse goes to stud?

First off, any racehorse standing at stud needs to have its full tackle in place. This might sound ridiculous, but the majority of horses are gelded to keep them calmer and ensure they can race for longer.

And you have to be pretty handy on the racecourse to become a stallion. They don't take any old four-legged animal.

At the very minimum you probably need a Group win on your CV, the more the merrier.

Those that triumph in the most prestigious races – think the Guineas, Derby and the Arc – will be highly-sought after.

If not already owned by a racing powerhouse then the big money offers will be flying in before the horse has even finished on the track.

Once the curtain is pulled on their racing career, the owners will have the choice of standing their stallion at their own farm if they have one or selling on to a pre-existing farm.

A fee needs to be set – the better the horse, the higher the fee. These will change depending on how well the horse does. Simply, how many babies he produces to win good races.

Breeders pay this fee to allow their mare to visit the horse. I don't need to explain what happens next. 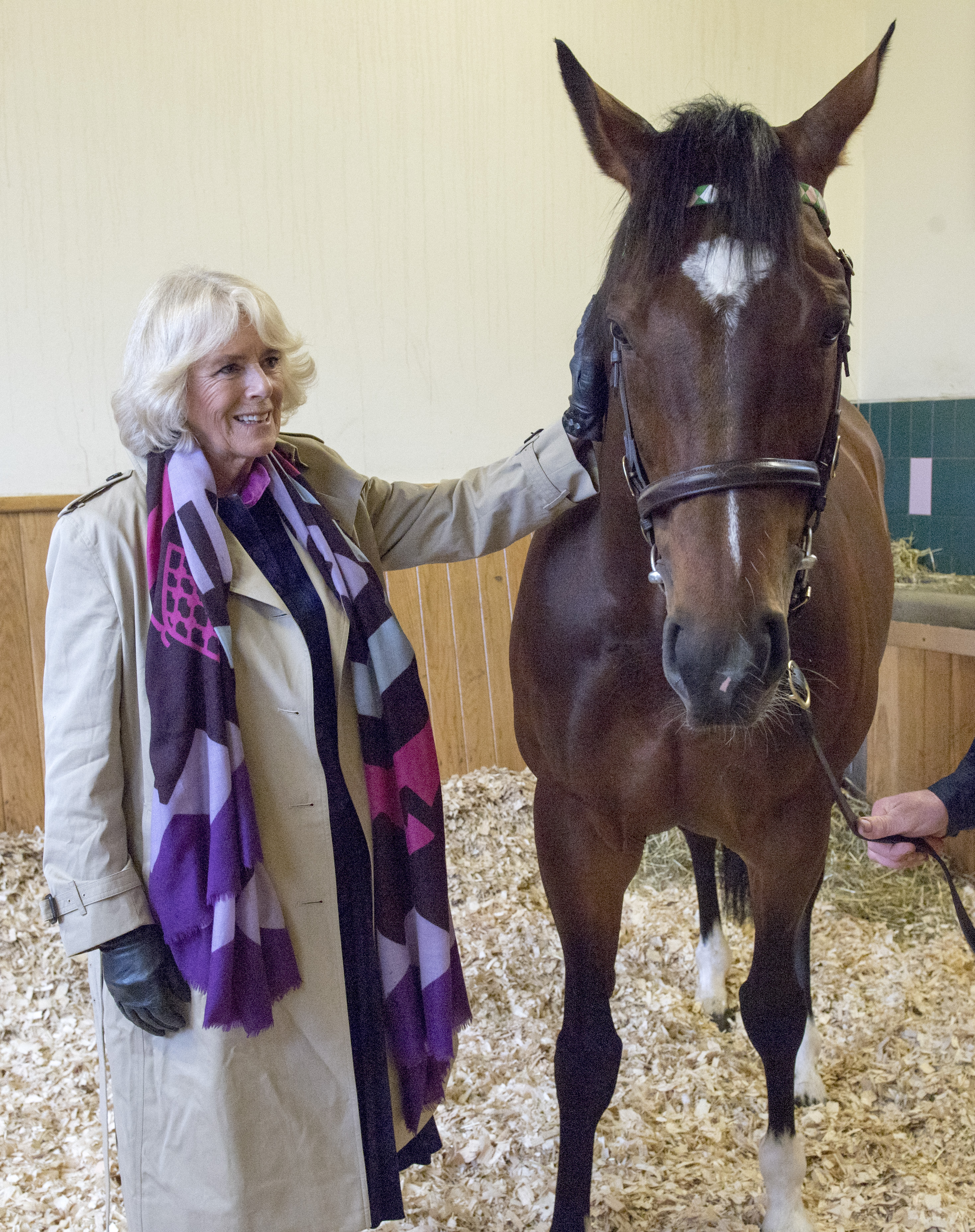 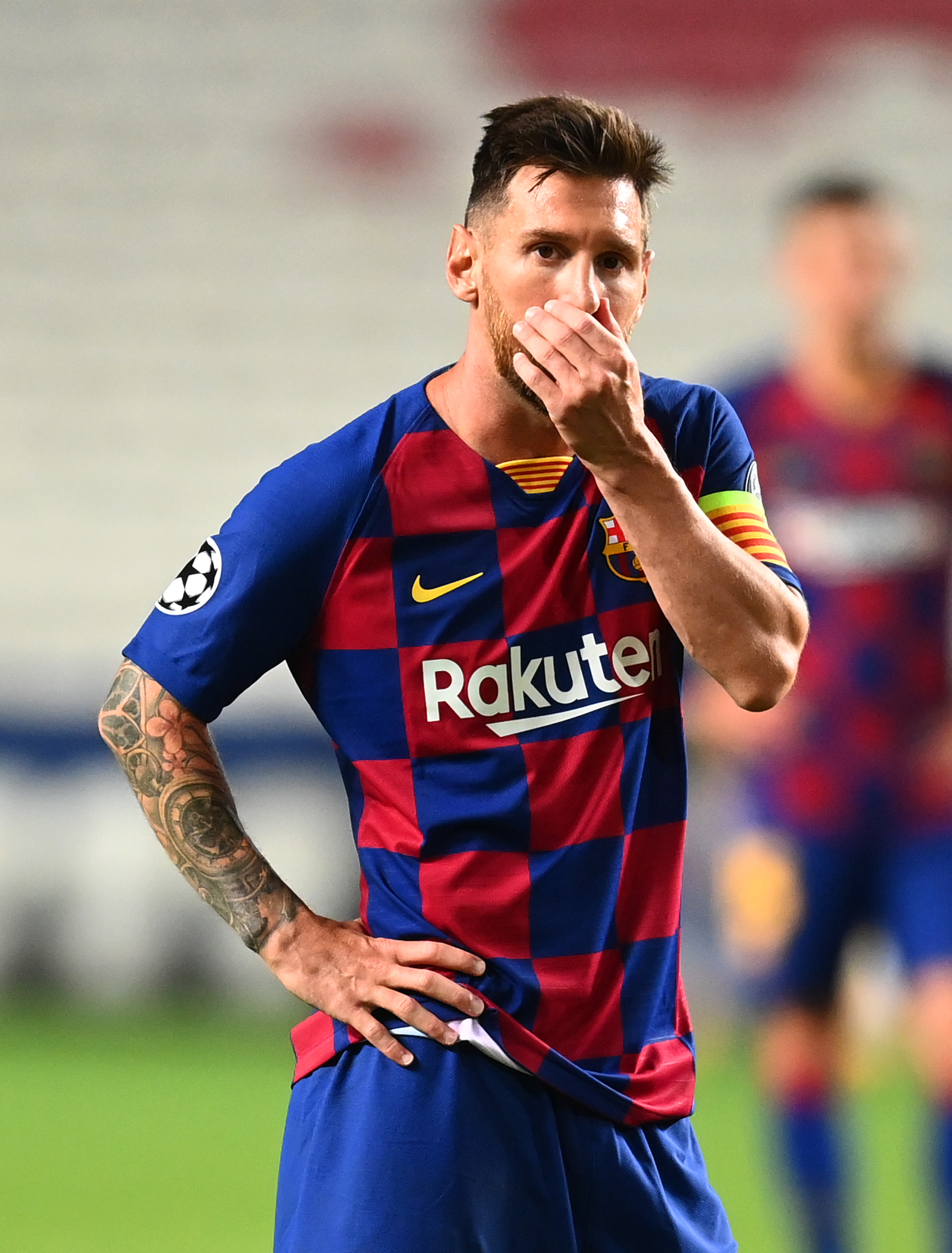 Of course, take in a player's sponsorship deals and it could be a different picture.

But in terms of bare salary and earning potential after retiring, it's certainly better to have four legs rather than two.