WWE were left red-faced by their ThunderDome set once again after rival AEW's logo was spotted on Monday Night Raw.

SunSport previously reported that Vince McMahon was set to make changes to the company's virtual fan wall following a series of early problems. 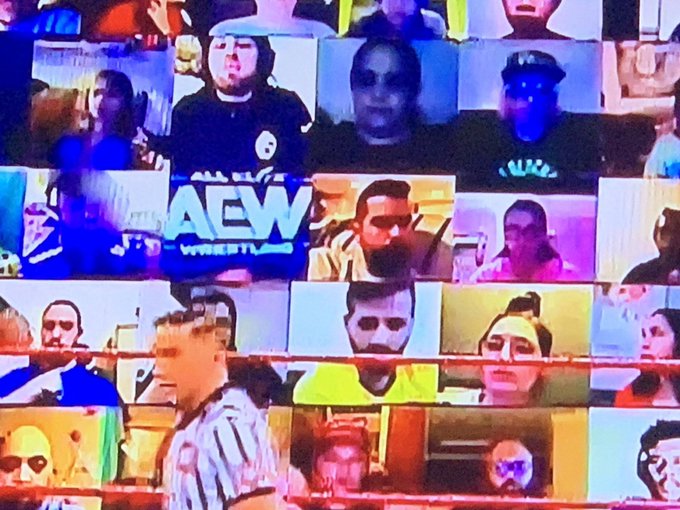 Yet WWE left embarrassed once again as an AEW logo was briefly spotted on one of the screens during the Hurt Business' match against Mustafa Ali, Apollo Crews and Ricochet.

One fan joked: "The invasion is on!"

Another said: "AEW is doing a better job of taking over RAW than Retribition."

AEW's logo follows a series of high-profile incidents on the ThunderDome set including a photo of the late, disgraced WWE star Chris Benoit.

And hateful imagery, including a Hitler salute and KKK outfits, have also been captured.

A WWE statement has previously been issued to identify and ban the culprits.

It read: "This abhorrent behaviour does not reflect WWE‘s values and we have zero tolerance for these unacceptable acts.

"We are working to ban those involved from future events and per our policies, any inappropriate actions result in the removal from the live stream."

WWE have been forced to run shows from its Performance Centre in Florida for months without fans due to the coronavirus pandemic.

That led them to introduce a virtual fan wall to help with the atmosphere.

END_OF_DOCUMENT_TOKEN_TO_BE_REPLACED

END_OF_DOCUMENT_TOKEN_TO_BE_REPLACED
Recent Posts
We and our partners use cookies on this site to improve our service, perform analytics, personalize advertising, measure advertising performance, and remember website preferences.Ok