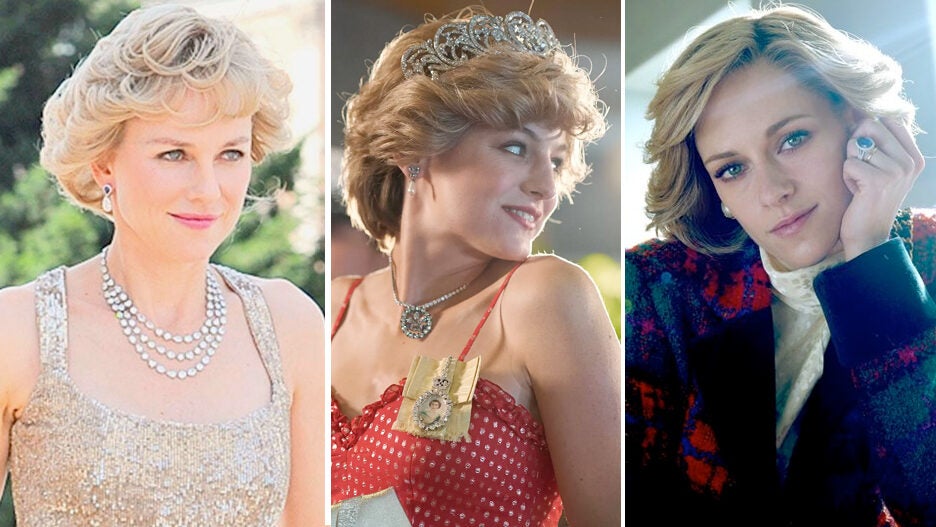 The momentous life and tragic death of Diana, Princess of Wales, seems to never grow old for Hollywood. From Kristen Stewart to Emma Corrin, here are nine ladies who have played the People’s Princess — or soon will.

This 1993 NBC and Sky One TV movie is based on the book by the same name by Andrew Morton.

This 1996 film also focuses on one of Diana’s affairs, this time on a tryst with her former riding instructor, James Hewitt.

Amy Seccombe – “Diana: A Tribute to the People’s Princess “

This 1998 TV movie tells the story of the princess’ last year of life, from her romantic relationships to her battle with the press.

TLC’s 2007 docu-drama featured O’Reilly as Diana in dramatic reenactments paired with interviews telling the true story behind her last days. The film was timed to the 10th anniversary of her death.

This 2013 film didn’t get great reviews, but it does feature Naveen Andrews as a heart surgeon that Diana had an affair with, so it has that going for it.

Stewart generated Oscar buzz for her portrayal of Princess Diana on film in Pablo Larrain’s 2021 film, which follows the princess over the weekend that she decides to split from Charles and give up her future as queen consort of England.

For Seasons 5 and 6, Debicki will step in as an older version of the People’s Princess and former wife of Prince Charles before she died tragically in a 1997 car crash.