Home » TV & Movies » 90 Day Fiance Spoilers: Here's why Angela Deem wore a face covering on the Happily Ever After Tell All

90 Day Fiance Spoilers: Here's why Angela Deem wore a face covering on the Happily Ever After Tell All 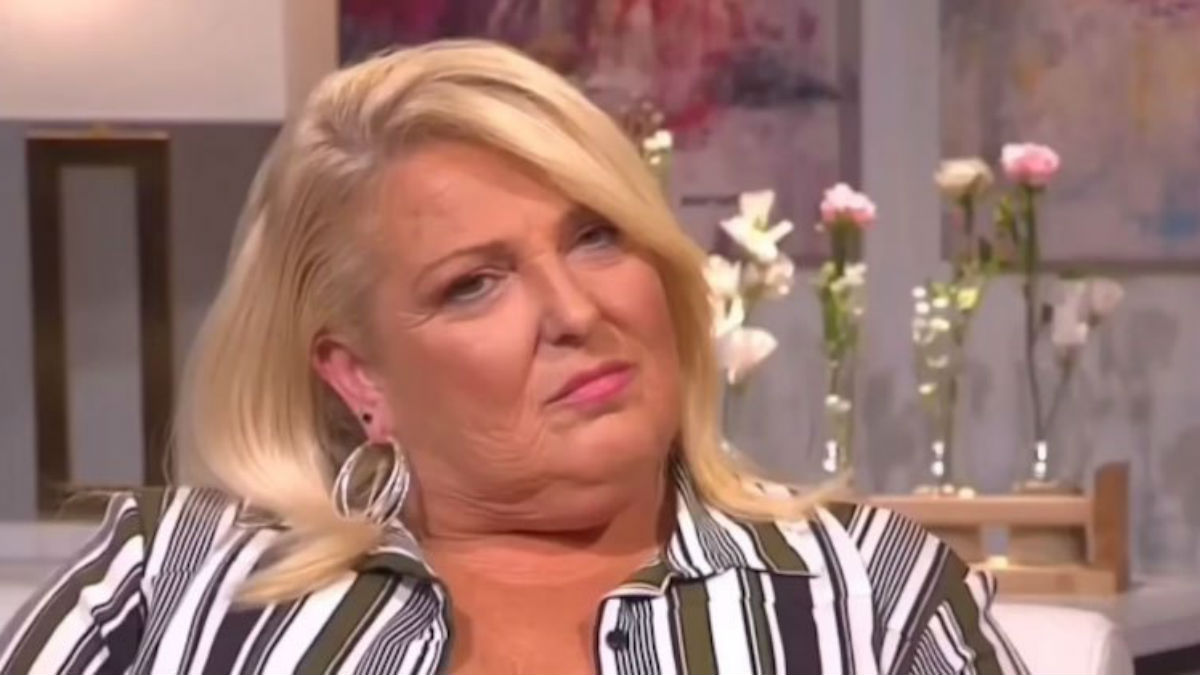 The first look footage of the 90 Day Fiance: Happily Ever After? Tell-All shows Angela Deem wearing a face mask while filming, even though she was in her own home.

Fans were quick to call out Angela for having a face covering. The show is a virtual chat due to the coronavirus pandemic, so all cast members are shot in their houses. It didn’t make sense to fans that Angela would be wearing a mask while speaking to her costars and husband, Michael Ilesanmi.

The newlyweds were not in the same location, and based on the trailer, the drama between them has far from subsided. Michael and Angela still have some significant issues, including him looking at younger women.

Angela shares why she has a mask on

Tell-All host Shaun Robinson was thrown into the thick of drama involving Angela, Michael, and other cast members from 90 Day Fiance: Happily Ever After? Season 5.

Angela is seen getting ready for the interview and talking to her granddaughter. She expresses that she is nervous because Angela has done things Michael is not going to like. Oh yes, fans know things are going to get heated just by her comment.

Once the gang is gathered virtually, Shaun congratulates Angela and Michael on their nuptials. The host then asks Angela why she is wearing a face covering, assuming it had to do with COVID-19.

It turns out Angela recently had some dental work done because of an abscess. The reason for the face mask is to help prevent the abscess from getting worse. Angela explained the air would make it worse, and the abscess is already really bad.

The #90DayFiance: Happily Ever After three part tell all kicks off Sunday at 8/7c.

What else can fans expect from Michael and Angela?

Long-distance and lack of trust are two issues plaguing the newlyweds. Angela is still in Georgia, while Michael is in Nigeria. He has been unable to secure a spousal visa to come to join Angela in the United States. She is focused on family now following the passing of her mother.

Despite the distance, lack of trust, and Angela’s control issues, Michael still claims that he wants a child with Angela in the teaser. Something that biologically isn’t going to happen. She is 55, and he is 32. Angela covers her face when Michael talks about having a child.

90 Day Fiance: Happily Ever After? fans are in for quite a wild ride with the three-part Tell-All show. No one is holding back their true feelings, and the conversation gets quite heated between several cast members.

END_OF_DOCUMENT_TOKEN_TO_BE_REPLACED

END_OF_DOCUMENT_TOKEN_TO_BE_REPLACED
Recent Posts
We and our partners use cookies on this site to improve our service, perform analytics, personalize advertising, measure advertising performance, and remember website preferences.Ok