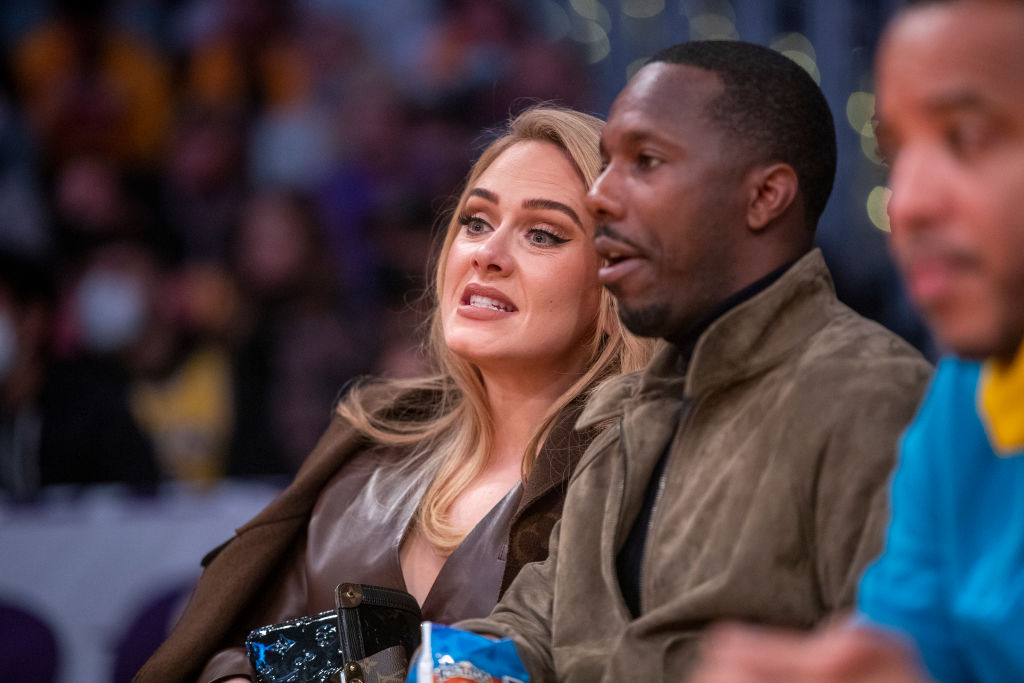 Adele has opened up on her romance with Rich Paul, saying it’s the first time she’s ‘loved myself and been open to loving and being loved by someone else’.

The 33-year-old began dating the sports agent, who works with major athletes like LeBron James, back in the summer, months after divorce from Simon Konecki was finalised.

During her sit-down interview with Oprah Winfrey for the CBS special Adele: One Night Only, the Easy On Me singer heaped praise on her beau and their ‘smooth’ relationship.

Adele said: ‘He’s just hilarious. Oh, he’s so funny, he’s hilarious, yeah. And very smart. You know, he’s very, very smart. It’s quite incredible watching him do what he does.”

‘And just the easiness of it. It’s just been very smooth.’

Adele said her relationship with the 39-year-old is the first time she’s ‘loved myself and been open to loving and being loved by someone else’, adding: ‘It’s just timing. But it’d be interesting to see what my reaction is like in general to anything that hurts me now that I feel so secure in myself, and I’m talking outside of romance as well.’

The star also complimented her ex Simon, with whom she shares a nine-year-old son, Angelo.

The couple began dating in 2011, and while fans initially believed they tied the knot in 2016, Adele recently confirmed they actually married in 2018, before splitting in April 2019.

The pair remain close, though, and charity CEO Simon – who lives across the road from Adele and Angelo – was reportedly in attendance at Adele’s performance at Griffith Conservatory, along with their son.

Adele told Oprah: ‘I think Simon probably saved my life, to be honest. He came at such a moment, whereas the stability that him and Angelo have given me, no one else would ever have been able to give me, like, especially at the time in my life. I was so young and I just think I got a bit lost in all of it.

‘He came in and was stable. The most stable person I’ve ever had in my life up until that point, even now I trust him with my life.’

The exes continue to co-parent Angelo.

The Someone Like You singer added that she would like more children in the future, saying: ‘It wouldn’t be the end of the world if I didn’t because I have Angelo, but yeah, I think so.’

Alongside the Oprah interview, Adele’s performance at the Griffith Conservatory was aired on CBS, with stars like Leonardo DiCaprio, Lizzo, Drake, Melissa McCarthy and Ellen DeGeneres in the audience.

Her setlist included songs from her upcoming fourth album 30 and old favourites, including her cover version of Bob Dylan’s Make You Feel My Love – which played a rather special part in the night for two people.

Adele helped orchestrate a super-romantic proposal, with a man named Quentin popping the question to his girlfriend Ashley in front of the crowd.