Home » TV & Movies » Andi Peters hits back at Piers Morgan as GMB host speaks out on replacement: ‘So rude!’

Andi Peters hits back at Piers Morgan as GMB host speaks out on replacement: ‘So rude!’

Andi, was back on hand to inform Good Morning Britain viewers how they could get their hands on half a million pounds. Throughout the show, he was handed the reins by hosts Piers Morgan, 55, and Susanna Reid, 49, and as usual, the trio had a brief conversation between each crossover. However, there was one moment when the former Blue Peter star claimed the outspoken journalist was being “rude” when he suggested his colleague at ITV should be replaced by another famous face. 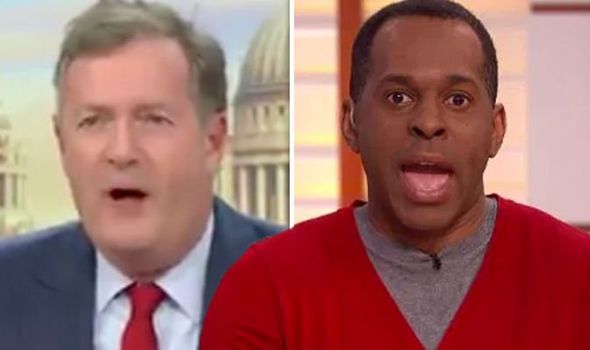 Following a debate about Sue Barker, 64, being axed from hosting duties on A Question of Sport after 24 years in the role, Piers made light of the situation when speaking with Andi.

The latter suggested if he were ever to leave the programme, a Love Island star could step in to take on the competition segment.

Coming off the back of his colleague’s comment, the outspoken broadcaster jibed: “It’d be a step up in brainpower, I can tell you that.”

Although the former Celebrity MasterChef champion laughed off the remark, he did hit back as he told the journalist: “You’re so rude!”

END_OF_DOCUMENT_TOKEN_TO_BE_REPLACED

END_OF_DOCUMENT_TOKEN_TO_BE_REPLACED
Recent Posts
We and our partners use cookies on this site to improve our service, perform analytics, personalize advertising, measure advertising performance, and remember website preferences.Ok