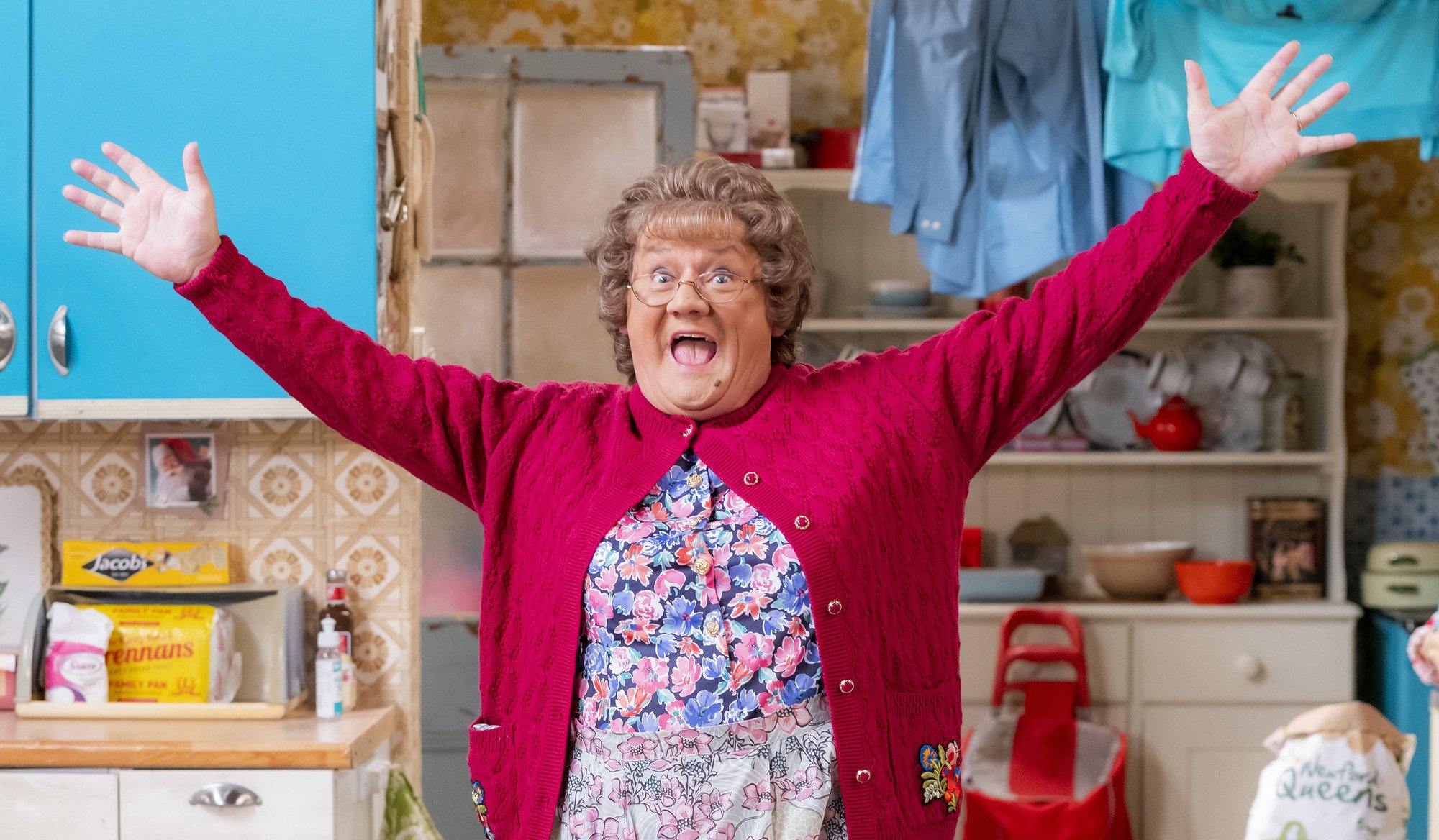 With just over a month to go until Christmas, people across the nation are starting to take a peek at what’s going to be on the TV schedule during the festive season, with plenty in store on the BBC.

Shortly after the show’s live 10-year anniversary Halloween special was released, Mrs Brown’s Boys is back for two more offerings, with new episodes airing for Christmas and New Year’s.

The first, titled Mammy’s Mechanical Merriment, will see Agnes Brown (Brendan O’Carroll) become a new member of the church choir in Finglas – although she’s been instructed by Father McBride (Jimmy Gibney) not to sing or dance, making her membership something of a conundrum.

Meanwhile, Buster (Danny O’Carroll) has to tap into his creative side while facing a Christmas tree shortage, as he ponders how else he can impress Agnes in light of the hurdle.

Elsewhere, Dermot (Paddy Houlihan) and Buster are running the Christmas celebrations at Foleys, organising a Murder Mystery night in aid of alcoholic greyhounds… as you do.

When New Year’s comes around, Agnes and the family are going to be in for a reunion when Grandad’s brother, Micky, comes for a visit after a stint in the clink.

Everyone is suspicious of Micky’s intentions – that is, except Grandad (Dermot O’Neill).

Taking the philosophy of New Year to heart, Winnie (Eilish O’Carroll) is keen for a big change in her life, having been inspired by the book written by Cathy (Jennifer Gibney).

The special will also see Mrs Brown’s boys share a candid heart-to-heart as the story unravels.

In addition to Mrs Brown’s Boys, other shows due to air over Christmas and New Year include a festive special of Death in Paradise, the annual Strictly Come Dancing show and a holiday-inspired version of The Repair Shop.

Doctor Who is set to be an action-packed adventure, as Jodie Whittaker returns for the New Year’s Day special.

Several new faces are set to appear on the programme, including Living With Yourself actress Aisling Bea, Enterprice’s Adjani Salmon, and Father Ted’s Pauline McLynn.

‘This year, however, their night turns out to be a little different than planned…’ it teases.

There are also two weddings on the cards in EastEnders and two brand new films from national treasure Sir David Attenborough.

Charlotte Moore, Chief Content Officer at the BBC, highlighted that the programmes on the listings from the broadcaster this Christmas ‘will bring everyone together to share the festive season on the BBC’.

‘There’s a stocking full of special programmes to enthral and enchant featuring your favourite stars and characters, whatever your mood,’ she said. ‘The BBC is the place to be entertained this Christmas and New Year.’