BBC Breakfast presenters Jon Kay and Tina Daheley were on hand to wake viewers up this morning.

They decided to focus on a spelling bee that has taken America by storm as there was a tie for the first time in the competition.

However, there was no draw this morning on the BBC show as it seems Tina has a special talent for spelling.

She started by spelling some seriously difficult words while Jon tested her.

When Tina got a couple right, Jon said: “Are you cheating?”

She protested and it was clear the BBC Breakfast presenter just had a clear talent for words.

Throwing his papers down on the table, he said: “We’ll get the application form and Tina will wipe the floor with them.

“There won’t be a tie then,” Jon explained.

The team then turned to discuss Jürgen Klopp, who is about to face a seriously difficult challenge at the weekend as the Liverpool football club manager. 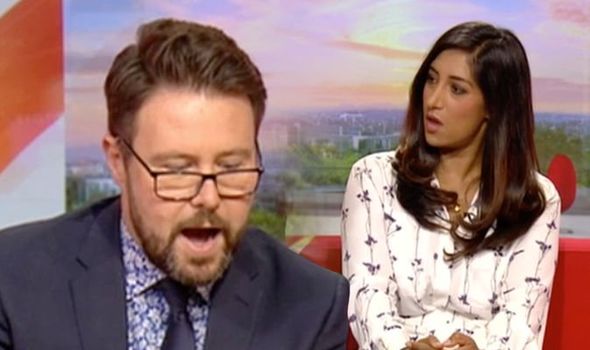 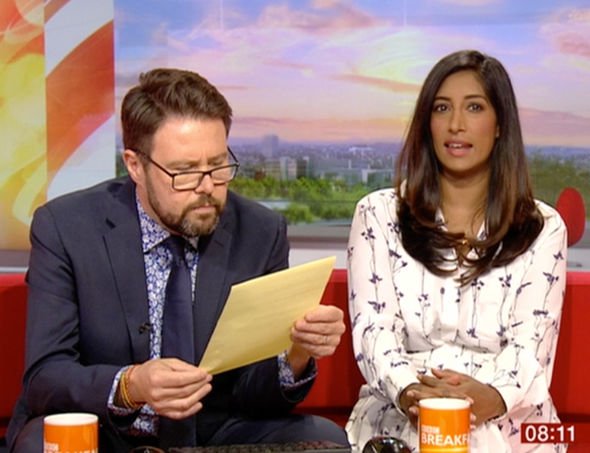 The team will head off to Madrid to take on Tottenham Hotspur for the Champions League final.

BBC Breakfast got an exclusive chat with Jürgen and Jon wondered if Tina could spell his name.

Turning to throw him a jaded look, she giggled: “It’s on the autocue.”

“That’s very true,” Tina added, and the pair got on with the rest of the show. 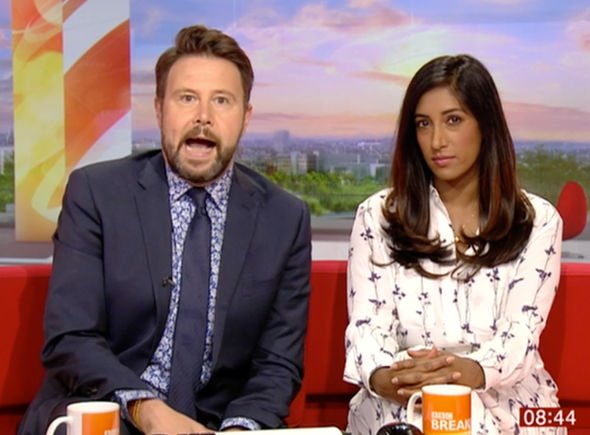 Yesterday on BBC Breakfast, Charlie Stayt called out Philip Hammond when he dodged a leadership question.

The Chancellor so far hasn’t announced his candidacy for the Conservative party leadership.

That didn’t stop the BBC presenter calling him out and demanding a straight answer.

He insisted: “Why are you being so coy over this? It’s like you’re still trying to get people to think you might. Is this a deliberate ploy to unsettle those who have already declared? Why not just say? If you’re not gonna do it, you know. Why can’t you just tell us?”

BBC Breakfast airs weekdays on BBC One at 6am.