Home » ‘Better than you!’ Pep Guardiola takes down Dan Walker as his dog invades zoom call

‘Better than you!’ Pep Guardiola takes down Dan Walker as his dog invades zoom call

Dan Walker was introduced by Mike Bushell this morning on BBC Breakfast.

Dan recently announced that he would be leaving Football Focus and was gearing up for his last ever show on the programme.

He discussed the latest football news as well as the Premier League champions Manchester City.

However, Dan’s interview with Pep Guardiola, the current manager of Manchester City, took a surprising turn. 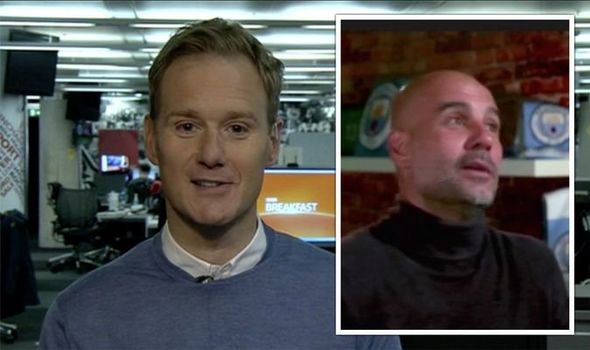 “Pep loves a pup, have a look,” Dan said, ahead of showing a clip of the interview.

“I’m just trying to get my dog out,” Dan said in the interview.

Pep appeared slightly annoyed, but later joked: “No, no, I want to be interviewed by him.

“I’m pretty sure Dan, he will have better questions.” 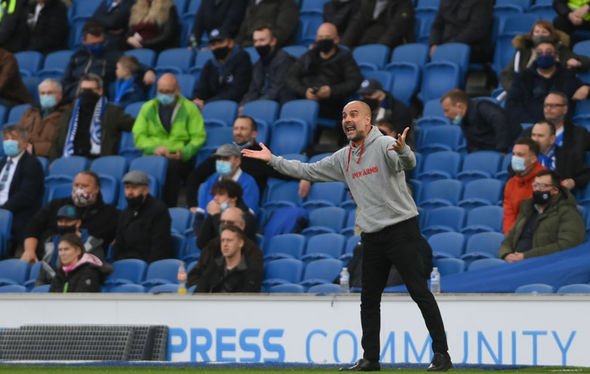 “That is harsh,” Dan said as he continued to laugh.

Dan continued: “This is very much pandemic living, I’m alone at home and no one is here to look after the dog.”

Dan agreed saying: “She is lovely”.

Dan began shooing his dog away, saying: “Winnie, go away, I’ve got to interview the Premier League winning manager, go away,” Dan told his dog.

Pep continued to laugh but seemed to be enjoying the sight of a dog during the interview.

Back in the studio, Dan again joked: “Got rid of her in the end!”

“She then came back at the end of the interview.

“It was one of those weird situations where I was on my own, in the house with a dog, nobody else was there to take care of Winnie.

“Normally, she is fine when I do zoom interviews or virtual meetings, or whatever, but, for whatever reason, she was interested in Pep Guardiola,” he explained.

Dan continued with the news, then said to Mike as he finished up his segment: “Thank you for taking care of me for many years on Saturday mornings, it’s always been a pleasure talking to you guys in the studio”.

BBC Breakfast airs weekdays at 6am on BBC One.