Tonight’s episode of Britain’s Got Talent was the last semi-final in this year’s series.

The ITV talent show continued to remain a hit and this week viewers were gripped as they waited to learn who would be going forward into the final Sunday night.

Presenters Ant and Dec had already teased viewers should wait for the “most dangerous” stunt ever to be performed on the stage, and when daredevil stunt man Jonathan Goodwin turned up he didn’t disappoint.

The act promised judge David Walliams would end up “saving” his life, and after a nail-biting performance filled with bows and arrows and bottles of water, Jonathan used a picture of the children’s books’ author as a shield when the final arrow came shooting towards him.

All four judges were utterly terrified and hiding during the act, but Simon had some serious words of concern when it was over.

“I didn’t see it in rehearsal. But if I had seen that I would have said ‘You’re nuts, don’t do it’, honestly I would have done.

“So respect,” the music mogul finished.

Grinning in excitement, David praised: “Apart from it being so incredibly dangerous, it’s also really inventive.

“I know someone would have liked it to be my real face wouldn’t they,” he joked, giving a quick glance to his on-screen nemesis Simon.

“I mean you’re crazy,” Amanda Holden continued. “But absolute genius at the same time. I don’t normally like this kind of act but I like you.” 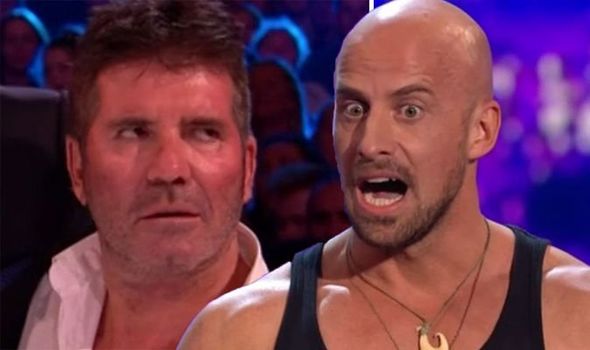 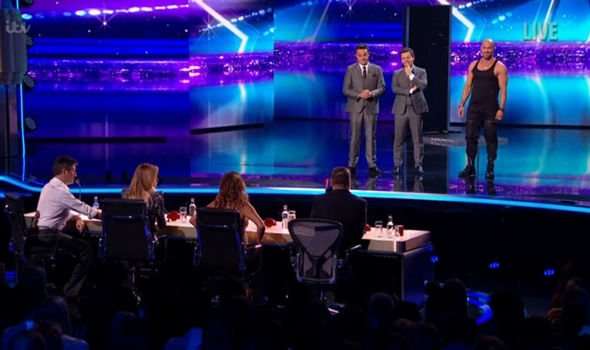 I would have said you’re nuts don’t do it

“It was the first time we were both trembling together,” singer Alesha Dixon echoed. “It was fabulous, terrifying, I would love to see something like this win the Royal Variety Show.”

Jonathan simply nodded and giggled at the judges’ comments, and he merely shrugged when presenter Declan Donnelly noted he hadn’t chosen to wear any protective attire.

“You’ve got the flimsiest vest I’ve ever seen,” Dec teased, as he and Ant asked the stunt-man how it felt up on stage.

“I was bricking it honestly, I really was.

“It’s the biggest TV show in the country and I wasn’t even nervous about that – only this.” 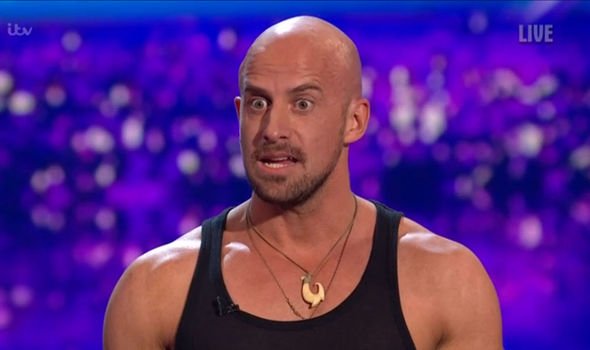 “It was easily the most dangerous thing I’ve ever done,” Jonathan went on. “Millie [his six-year-old daughter] was there the first time I ever tried this.”

“We’ve seen some scary stuff on this show and this was the top,” Ant declared.

“#BGT @TheDaredevil is incredible & such a thrilling act to watch – helps that he is a bit of a dish too,” another said.

A third agreed: “Wow!! That was a bit intense. Well done and fair play to Jonathan Goodwin. #BGT.”