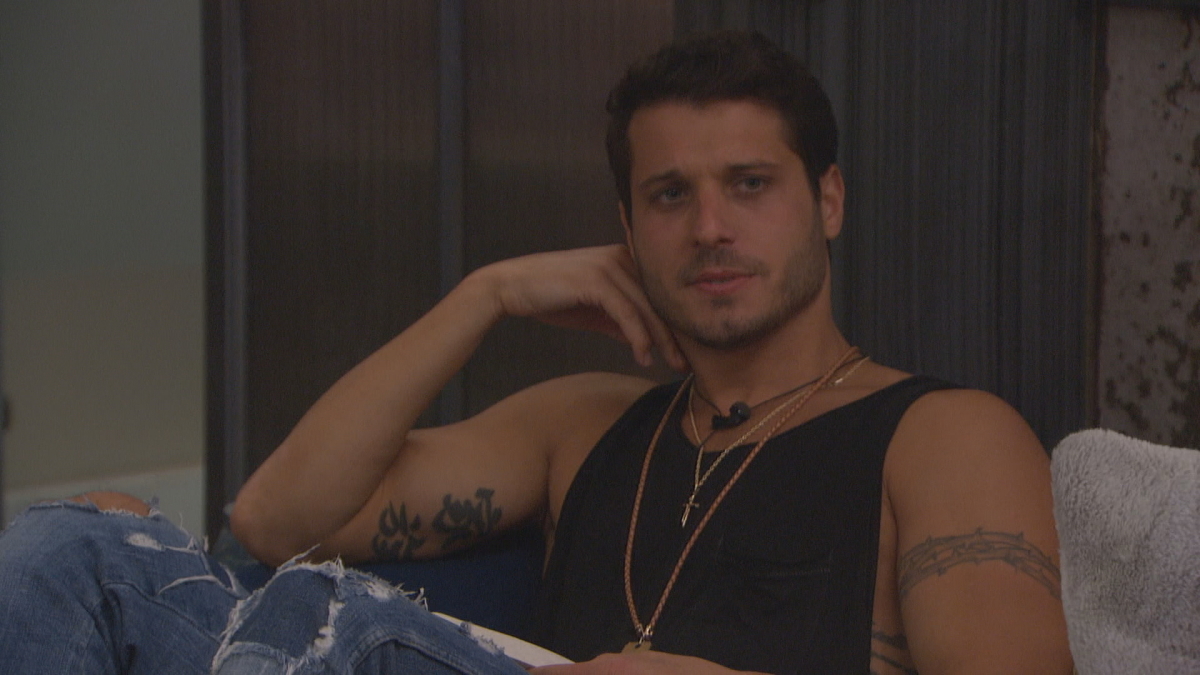 The Big Brother live feeds presented some interesting spoilers about the Week 8 Veto Competition. We were able to learn that one of the houseguests opted to get the prize money instead of going for safety and it didn’t sit well with some of the other cast members.

By now, most fans of the show have seen the Sunday night episode that showed what took place during the Head of Household Competition. On Episode 23, we learned that Tyler Crispen and Daniele Donato had each played for the cash and won $5,000 during the challenge.

Dani has been really hard on Tyler for going after the money instead of the power, but the Big Brother live feeds never showed that Dani had also won. These were new spoilers for everyone, mostly due to how well she hid the truth. She hid that truth by railing against Tyler for going for the money – even though she did the exact same thing.

Fast-forward to the Veto Competition, where we have learned that the six participants were allowed to go for money again. We don’t know exactly how the formatting of the OTEV challenge, worked, but one of the houseguests emerged $10,000 richer.

Who took the money instead of the Power of Veto?

David Alexander won $10,000 in the Veto Competition and he did it in front of everyone else. He had already been told that he was safe this week, so maybe David saw no reason to try to win the POV. He appears to have taken the safe route and earned himself a nice payday in the process.

Underneath all the scheming going on in the BB22 house, David knows that he is on shaky ground. He definitely knows that his days in the house could be numbered, so it’s really hard to fault him for trying to get some cash prizes along the way. And knowing that he keeps getting nominated, it’s harder to understand why some of the other BB22 cast members are so mad at him.

Who is mad at David for taking the money?

Enzo Palumbo was the first person to share on the Big Brother live feeds that he was mad at David about going for the money. Enzo said that he was planning to go for the money once David and Kevin had been eliminated, but that David beat him to the punch.

Dani was then complaining to Memphis Garrett and Christmas Abbott about David going for money over the POV. This was after she had already won $5,000 of her own during the HOH Competition, but nobody else in the house knows it yet.

Memphis was also seen complaining about David getting the money while he was on the block, which only agitated him more since Memphis has wanted David out of the house for weeks.

What all of this drama does is present CBS and the show producers with some good material for a segment during the upcoming Wednesday night episode. But we already have some fresh Big Brother live feeds spoilers about what will happen next.

David is still safe, despite getting a nice $10,000 bump in the pay he will receive from taking part in Big Brother All-Stars 2. Too many people want to vote out Kevin at the next Eviction Ceremony, so David is safe for at least an hour.

Why just an hour? Because the big Triple Eviction is taking place on Thursday night. After Kevin gets evicted, some of the houseguests can now use David getting that $10,000 as another excuse to nominate him. That is… unless he finds a way to get the power.

In case anyone is not aware yet, a big scheduling change is taking place at CBS. We have created a breakdown of when episodes will air for the rest of the summer 2020 season and we want to remind viewers that the Sunday night episodes are done for the year.

END_OF_DOCUMENT_TOKEN_TO_BE_REPLACED

END_OF_DOCUMENT_TOKEN_TO_BE_REPLACED
Recent Posts
We and our partners use cookies on this site to improve our service, perform analytics, personalize advertising, measure advertising performance, and remember website preferences.Ok