BRITAIN'S Got Talent viewers are convinced they have worked out exactly how James Stott performed his terrifying act during Saturday's semi-final.

The former marine-turned-magician left the BGT judges horrified as they dropped heavy weights onto cardboard boxes – unsure if he was inside. 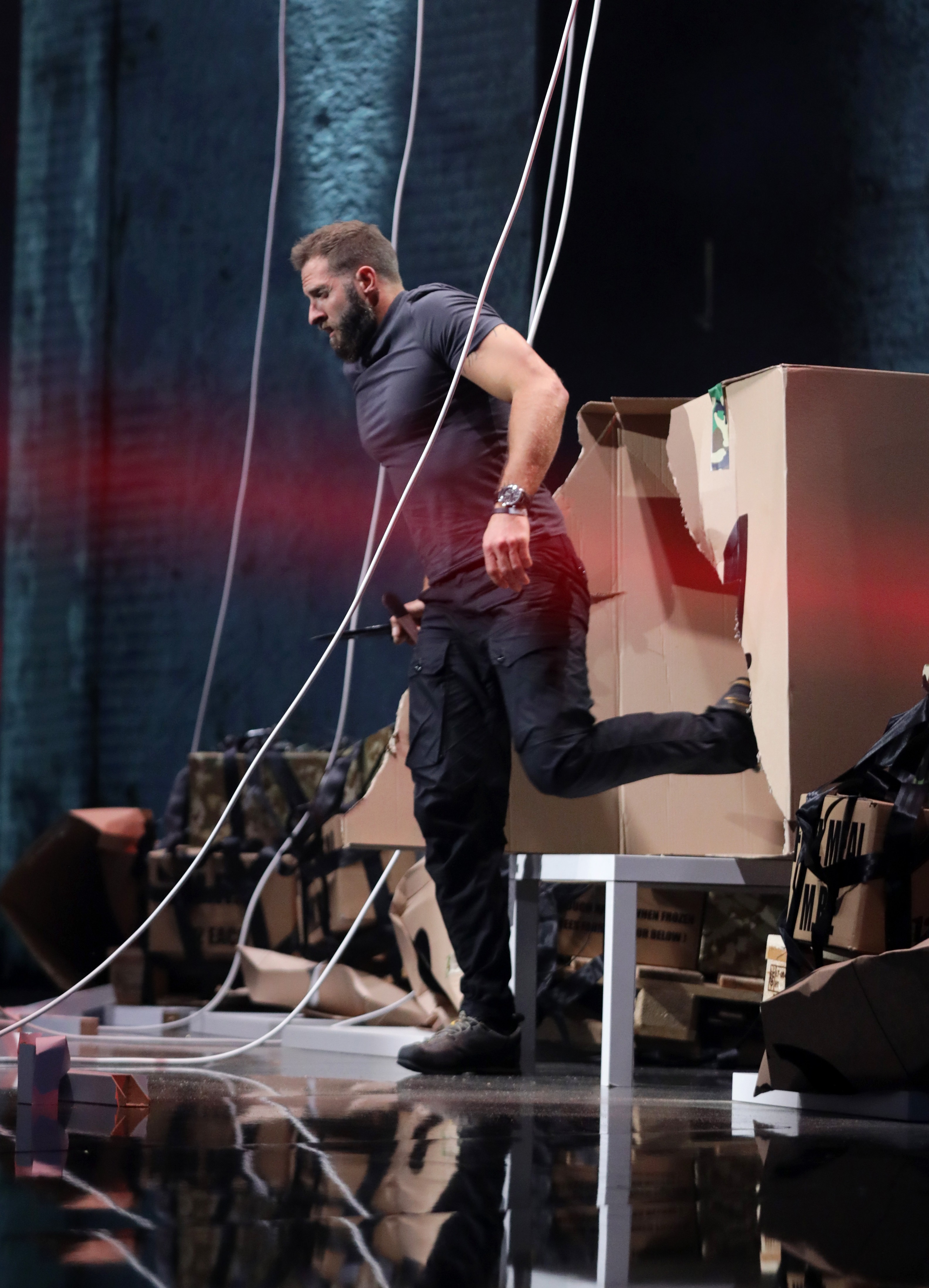 As he spoke to the judging panel from inside one of five boxes, James explained how they would have to choose a box at random from the coloured envelopes being held by a colleague, and then they would have to step forward and push a red button.

The red button was attached to a detonator, which would release a heavy weight hanging above each cardboard box once pressed.

Only then would they find out if they had crushed him or if the box was empty.

As each judge picked a number then pressed a button, the tension mounted, and when Ashley had only two numbers and boxes left to choose between, they were clearly squirming in their seats. 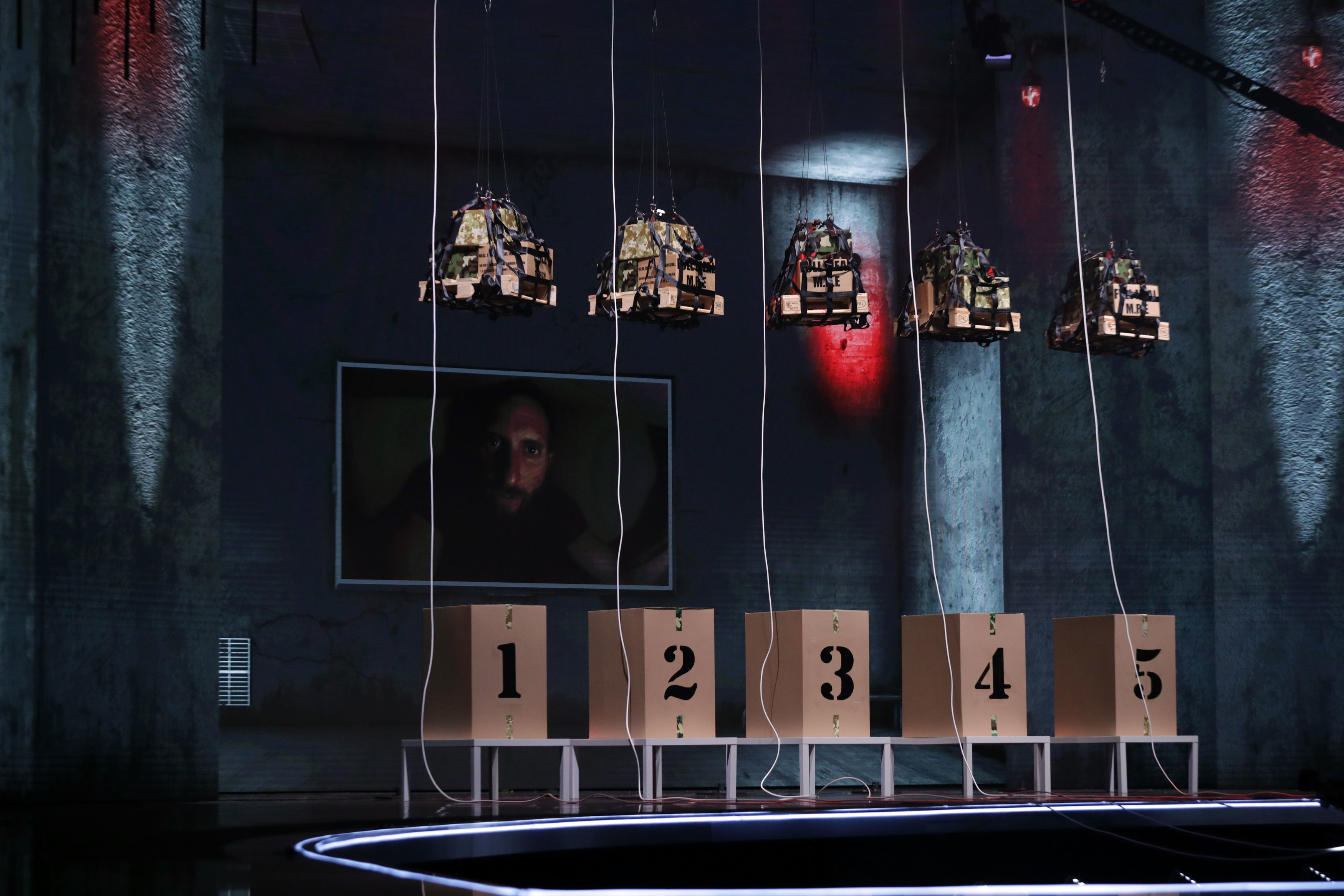 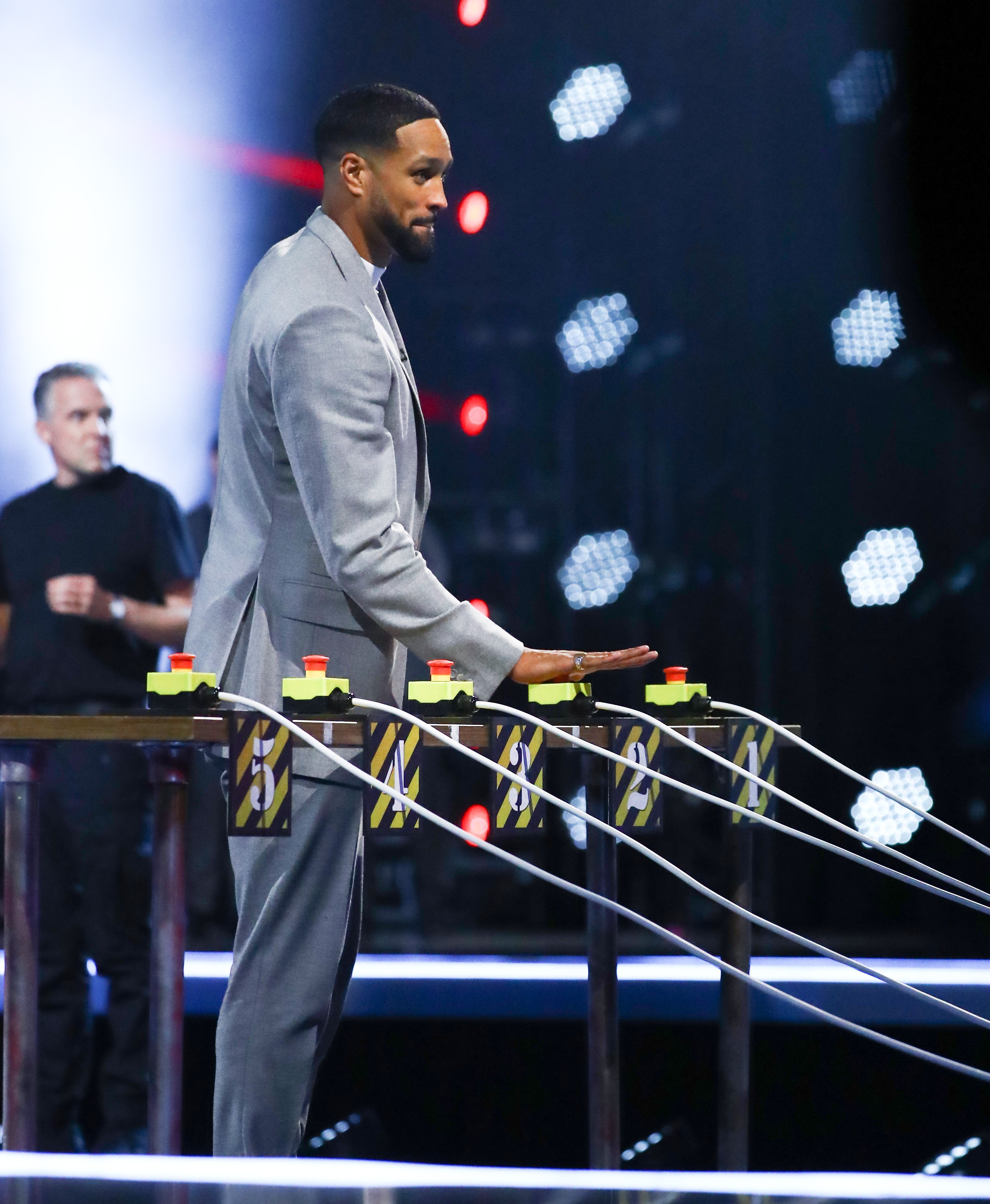 However, fans have since figured out how the magician may have survived the nail-biting stunt.

While some revealed they had spotted a trapped door in one of the boxes, others claimed they noticed multiple hidden cards in the assistant's hand in order to help James.

Taking to Twitter, one wrote: "This is rubbish and set up. How come 4 out of the 5 tables collapsed under the weight of the pallet and the 1 tonne and his didn't? Hmmm, rigged?"

Another said: "Got to be a reason his table didn't collapse." 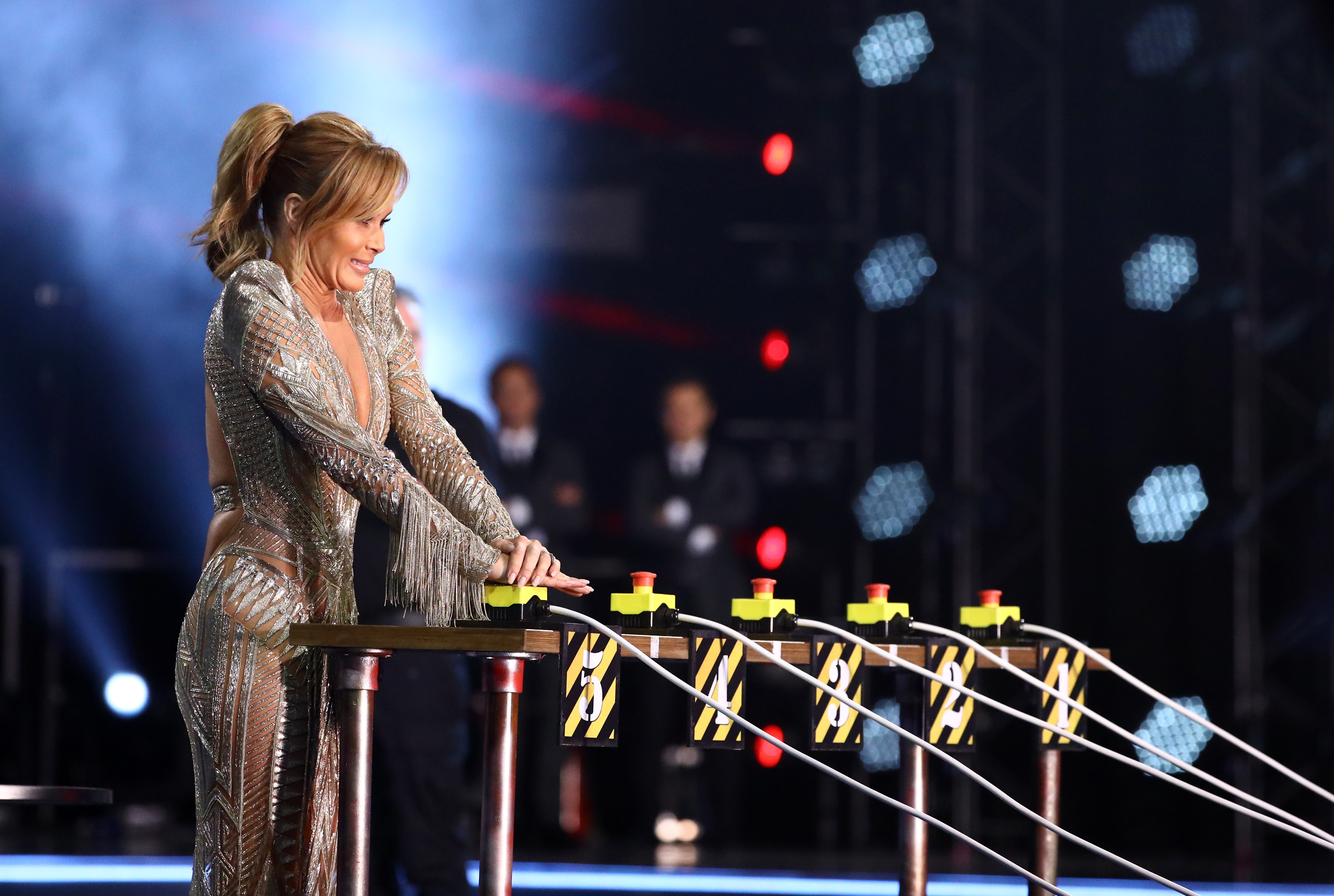 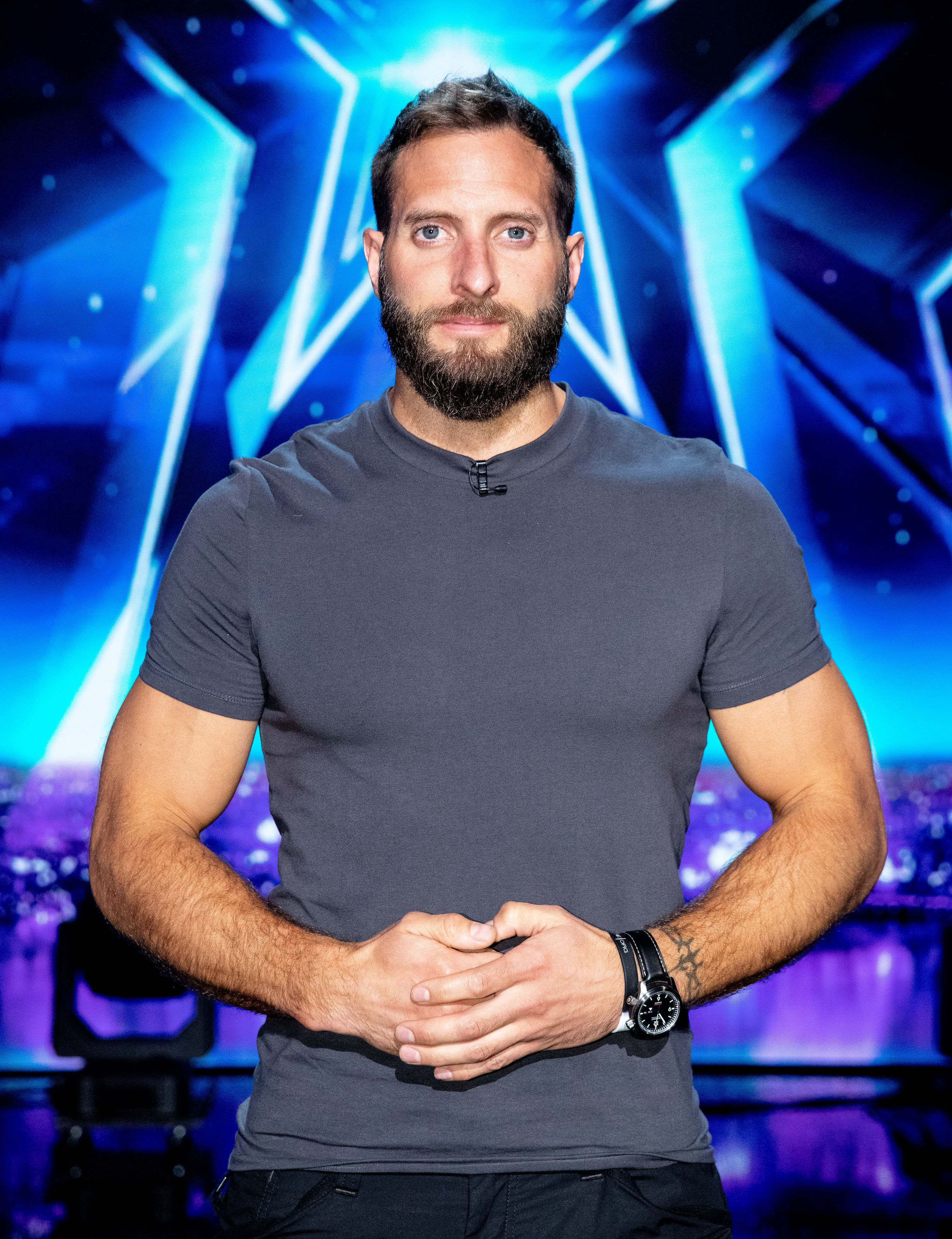 A third pointed out: "Why was the box he was in the only one that didn’t break the table ! How fake haha."

A fourth added: "The trick is 'done' by the man with the numbered cards. Slight of hand and cards with more than one number. All he has to do is never reveal the number of the box the guy is in. Very simple."

Despite some criticism from fans, James was praised by the judges following his terrifying routine.

David Walliams said afterwards: "It was very butch dear, just the sight of you is masculine enough but to risk yourself…it was great.

"Simon's not here but he likes to see people risking their life, really just to make him money.

"It was very, very impressive, I like the seriousness of you, there's no silly jokes, you're very original, very memorable."

Ashley Banjo added: "My favourite magic acts are the ones that don't feel like magic. They have to create an emotion and this was just suspense."

END_OF_DOCUMENT_TOKEN_TO_BE_REPLACED

END_OF_DOCUMENT_TOKEN_TO_BE_REPLACED
Recent Posts
We and our partners use cookies on this site to improve our service, perform analytics, personalize advertising, measure advertising performance, and remember website preferences.Ok