Even hardcore fans admit the Star Wars saga isn’t always at the top of its game. Take the infamous 1978 Star Wars Holiday Special, for instance. But most agree The Empire Strikes Back is among the series’ best movies. So Star Wars fans might be shocked to learn the romance between Han Solo (Harrison Ford) and Leia Organa (Carrie Fisher) almost played out very differently. 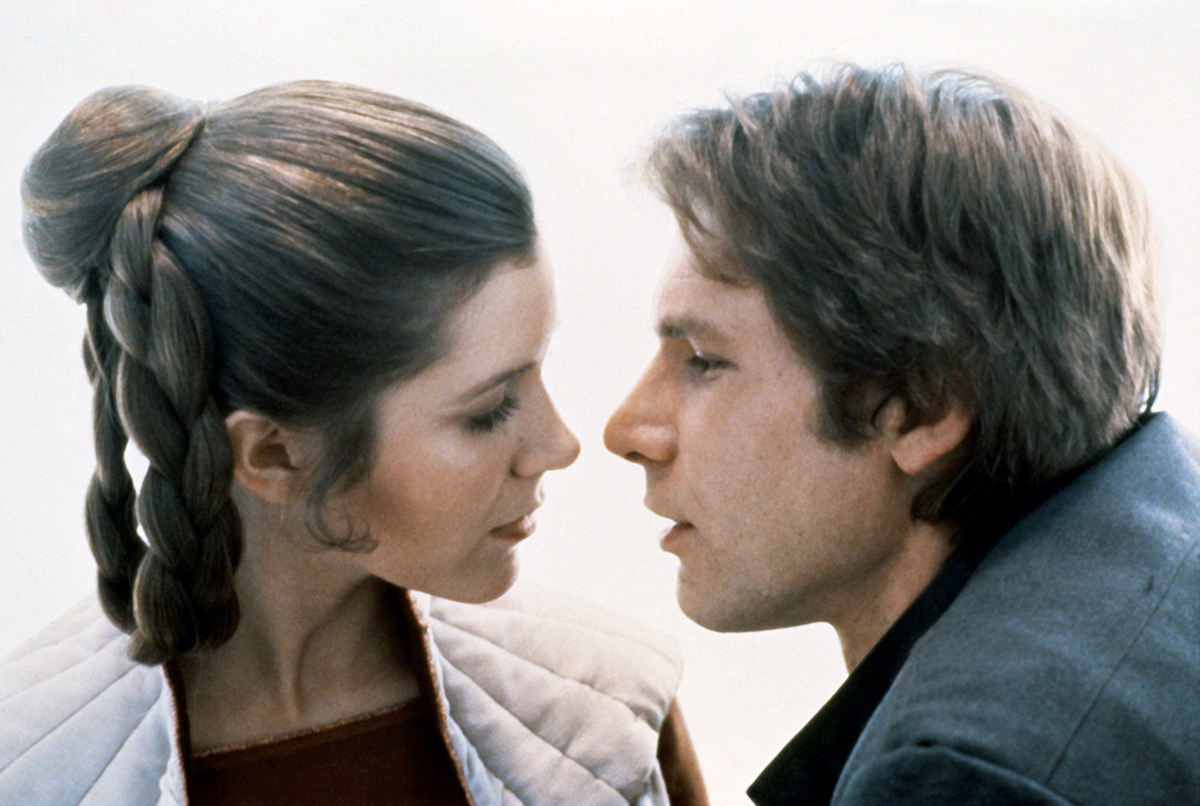 The middle chapter of the original Star Wars trilogy, The Empire Strikes Back is well-known for its epic twist, the introduction of Yoda, and its downbeat ending. But the film also features the most beloved love story in the saga. Early on, The Empire Strikes Back establishes how Han and Leia’s feelings for each other have developed. And it continually flirts with full-on romance.

While Han calls out Leia’s love, the Rebel Alliance leader isn’t quite ready to open her heart to the rogue smuggler. Yet, after their adventure together, Leia realizes she might have only one more chance to declare her love. As Han is about to be frozen in carbonite, she finally says “I love you.” And Han — in a famous bit of improvisation by Ford — simply replies, “I know.”

But in a recent episode, Good Morning America unearthed some rare behind-the-scenes footage from The Empire Strikes Back. More than giving a glimpse into the production, the footage also features an alternative version of a key moment between Han and Leia.

In the final film, Han and Leia’s first kiss is interrupted by C-3PO (Anthony Daniels). And following the droid’s intrusion, Leia sneaks away, the moment lost. But in this new footage, the couple isn’t interrupted. Instead, Leia doesn’t deny her feelings and goes back for another kiss.

Although it’s unclear how this scene would have concluded, it certainly hints at less internal conflict from Leia. Part of why the Han-Leia story in The Empire Strikes Back so memorable is the will-they-or-won’t-they tension. And this version appears to answer that question far earlier.

Adding even more texture to Han and Leia’s story is the truth behind the Star Wars saga. As Fisher herself revealed in 2016, she and Ford had a three-month affair while filming the first movie. So by the time their characters’ romance was heating up, the actors had already been there and done that.

On-set romances between co-stars happen often in Hollywood. But the revelation that Fisher and Ford had already been an item shocked Star Wars fans. In hindsight, it makes sense considering the undeniable chemistry the actors have in The Empire Strikes Back. Without it, perhaps Han and Leia’s love story would be far less compelling.

END_OF_DOCUMENT_TOKEN_TO_BE_REPLACED

END_OF_DOCUMENT_TOKEN_TO_BE_REPLACED
Recent Posts
We and our partners use cookies on this site to improve our service, perform analytics, personalize advertising, measure advertising performance, and remember website preferences.Ok