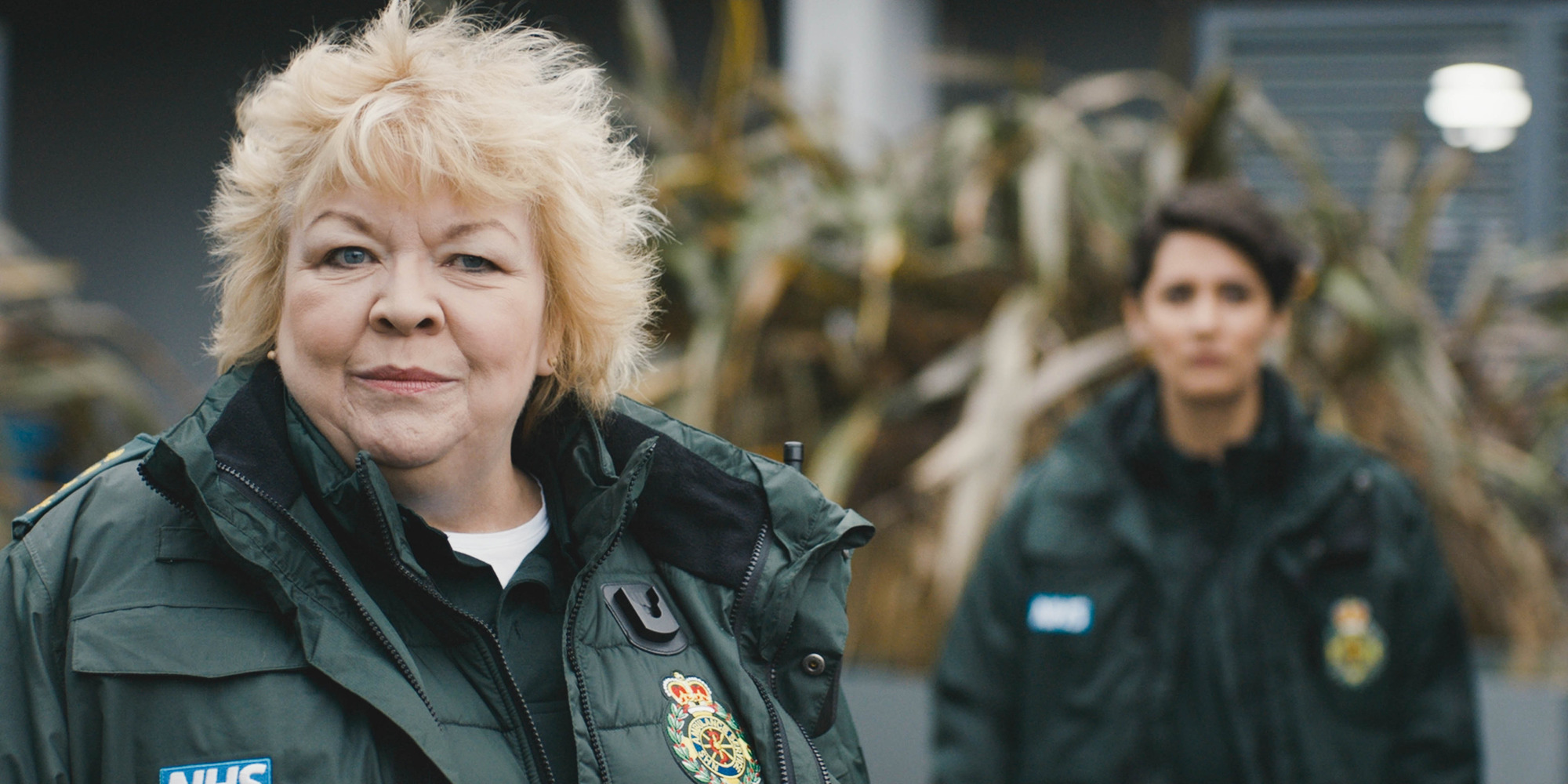 Secrets never stay secret forever on Casualty, but Fenisha (Olivia D’Lima) has managed to keep her pregnancy pretty quiet for seven months. Those big green paramedic jackets are quite good at concealing baby bumps, it turns out.

If Jan (Di Botcher) noticed that her colleague returned from her period of ‘shielding from Covid because of her asthma’ looking a bit rounder, she probably put it down to lockdown over-snacking. But Jan was always going to find out the truth and it happened in tonight’s episode.

As both women got involved in the case of Linda, who was being terrorised by her abusive partner Kevin, Linda instantly spotted that Fenisha was pregnant and stopped Kevin from hurting her. Fenisha then tried to tell Jan about the baby, but it was Linda who ended up blurting it out in reaction to Jan being too forceful about telling Linda how to deal with her situation.

Jan was angry that Fenisha hadn’t told her – not least because Fenisha has a way of throwing herself into danger. She was also angry to hear that Ethan (George Rainsford) was the father and Fenisha hadn’t initially told him about the baby – but surprised to hear that Ethan didn’t want anything to do with his child. That’s because currently another secret that’s still being kept is the one about Ethan having Huntington’s.

Linda’s story probably didn’t have a happy ending. Jan and Fenisha were unable to stop her going back to Kevin. Marty (Shaheen Jafargholi) had given Kevin some leaflets about counselling for his anger issues, but later found them crumpled on the floor – so it seems that Kevin had no plans to try to get help. Will we be seeing Linda again soon?

Meanwhile, Faith (Kirsty Mitchell) was due to be discharged from hospital following her accident in the ambulance a couple of weeks ago. We heard that Dylan had been visiting her, but Lev (Uriel Emil) was determined that he wanted his family back together. Faith wasn’t ready for that, reminding Lev that ‘You cheated. You slept with a man.’

Marty overheard this last bit and was ready to give Lev the benefit of his advice, telling him that at least he doesn’t have to hide the fact that he’s gay any more. That’s not what Lev wants, though, apparently. He says what he wants is his wife and his family. ‘I don’t want to be anything like you,’ he told Marty.

He may have his kids and not be much like Marty, but the one thing he doesn’t have is his wife, as she’s gone to stay with her mother and have a long think about her relationship.

And David (Jason Durr) was annoyed when his car wouldn’t start. New paramedic Leon (Bobby Lockwood) offered to fix it for him but David wasn’t keen, based on the fact that Leon has quickly developed a reputation for destroying all the electrical items in the ambulance station kitchen.

But would you believe it, Leon quickly diagnosed the car’s problem, fixed it and got it to start. And he even managed to fix the broken toaster. Maybe there’s hope for him yet.

Sue Haasler is the author of five novels and the official BBC Holby City book, which you can read about here.