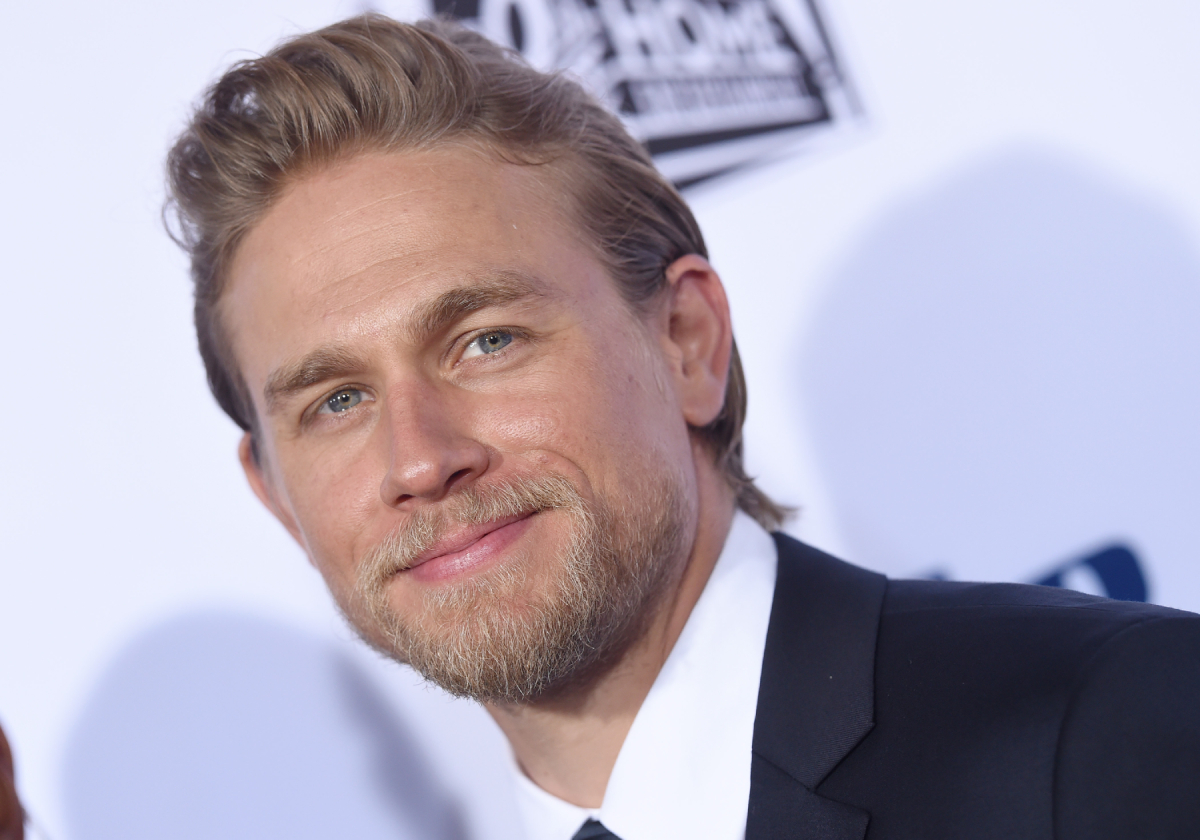 Charlie Hunnam had plenty of sexy moments during his seven-season run on Sons of Anarchy. The actor formerly known as Jax Teller wasn’t afraid to go shirtless on screen. He didn’t seem to have a problem with showing off his bum, either, when the script called for it.

Hunnam may not enjoy filming sex scenes, but the final results are worth celebrating. From sexy smirks to hot make out sessions, here are Charlie Hunnam’s 12 sexiest moments on Sons of Anarchy and beyond.

12. Charlie Hunnam knows how to smirk

It’s the little things about Hunnam that really capture fans’ attention. Most notably, it’s that smirk. Hunnam has mastered the art of the smirk, from sexy to dark he can do it all. Every time fans see that signature Hunnam smirk, it’s a subtle sexy moment that they can’t get enough of.

11. The licking of the lips

In addition to the signature smirk, Hunnam also has the habit of licking his lips in certain moments. And it makes fans swoon.

Hunnam definitely puts in the work in the gym to get that chiseled physique, and that should be celebrated. Anytime Hunnam goes shirtless as Jax Teller, it’s a sexy treat for fans. Sometimes, he goes even further and bares it all. Just one sex scene featuring a nearly naked Hunnam makes fans wish he wouldn’t have dropped out of 50 Shades of Grey.

The eighth episode of Sons of Anarchy season 3 — Lochán Mór — gives a lot of screen time to a shirtless Jax. But it’s not because of sex scenes. Hunnam’s hottest moment in this episode was during a trip to Northern Ireland when Jax answers the call for a taped-knuckle fight with O’Neill during a party at Ashby Alley.

The moment post-fight — when he’s all sweaty and smirking — might just be the sexiest Jax Teller moment of them all.

8. The ‘Sons of Anarchy’ character is ‘all about the service’

In the pilot episode of Sons of Anarchy, Jax tries to repay a favor by asking Emily to sleep with Skeeter. She agrees, but only if Jax will have sex with her with his cut on. Jax gives her what she wants because he’s “all about the service.”

This scene in season 4 begins with Filthy Phil chowing down on a ginormous bowl of Cap’n Crunch. As Jax walks in fresh out of the shower– wearing only a towel — he asks “you need a bigger bowl?” In response, Phil tells him “I like cereal.”

Jax and Tara’s (Maggie Siff) relationship was a tumultuous one, but there was no doubt that they loved each other. When Tara says to Jax “tell me you love me,” he pauses and looks at her for a moment.

In all his sexy Jax glory, he replies “I love you Tara.” The way he looks at his longtime love is almost too much to handle.

When Jax comes home and finds Tara in the shower, he strips naked in the hallway before heading into the bathroom to join her. Not only does Hunnam go shirtless, he bares it all as fans get to see every inch of Hunnam’s backside.  When he comes out of the shower all dripping wet. Well, that left us speechless.

4. The way Jax holds Tara’s face when he kisses her

No matter what happened between Jax and Tara, there were moments that showed just how much he loved and cared for his high school sweetheart. While at the same time showing off just how sexy Hunnam is.

The best example of this is how Jax saunters up, grabs Tara, and holds her face when he kisses her. It’s sexy and romantic at the exact same time.

We’ll do our best to keep it PG-13 here. Towards the end of Sons of Anarchy’s run, fans were gifted with some hot and steamy scenes between the sheets that featured Hunnam’s thrusting bum. As one fan commented after just watching this scene, “My god, I’m pregnant.”

2. Joking around in bed

Hunnam has had plenty of sexy moments in bed, and this one comes with a touch of humor. After he and Tara have a hot night together, they are laying in bed and talking when the baby starts to cry. Jax tells her, “sounds like someone else wants a shot at those puppies.” Tara’s response — and the laughter that follows — is priceless.

All seven seasons of Sons of Anarchy are available on Hulu.