NBC’s Chicago franchise continues to rule Wednesday night with Chicago Med leading the trio. The medical drama ticked up to a 1.0 in the adults 18-49 demographic and added more eyes to its audience with 7.30 million viewers week over week, winning the night in both regards per Nielsen’s Live+Same Day fast affiliate data. Chicago Fire (0.9, 7.18M) held steady, while Chicago PD (0.8, 6.02M) ended the night taking a one-tenth hit from last week.

Fox’s night of music and dance kicked off with The Masked Dancer (0.5, 2.66M), which nearly matched last week’s numbers. It was followed by Name That Tune (0.4, 2.29M), which stumbled two tenths in the demo. 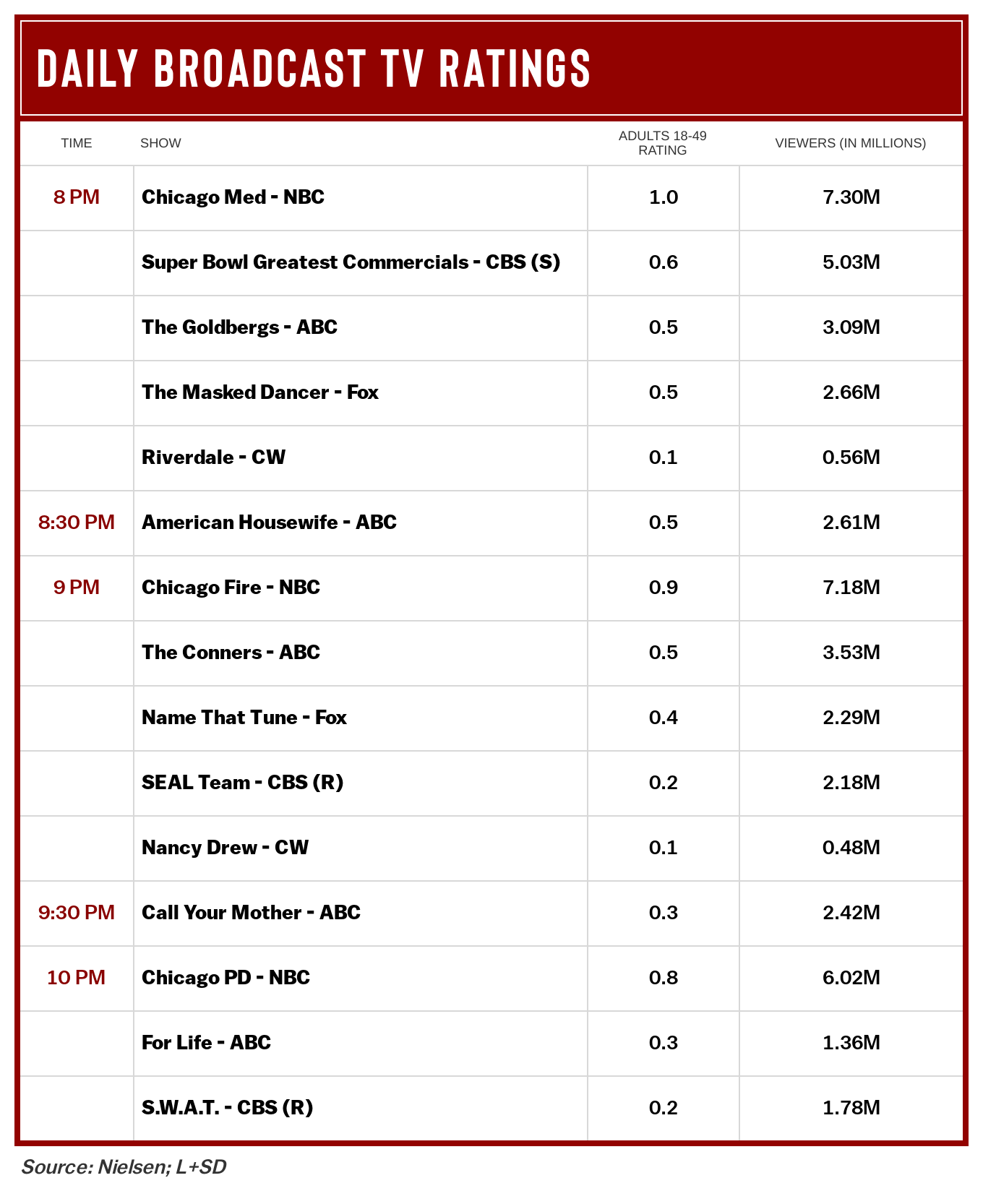