Clare Crawley and Dale Moss are ready to start a life together.

Fans have many questions about their love story, including whether they actually did speak before the show.

Fans have a hard time believing they didn’t have a relationship before the show, as two people rarely get engaged after 12 days of dating on a reality show.

But it seems they are more than excited to share their lives.

They have created a YouTube channel, where they are planning on uploading videos from their lives and time together after The Bachelorette.

Clare Crawley and Dale Moss are starting a YouTube channel

The news surfaced on social media this weekend as @bachelornationdaily grabbed a screenshot of the empty channel.

The channel has 272 subscribers, but it has not been completed. There is no detailed description, and there are no videos. 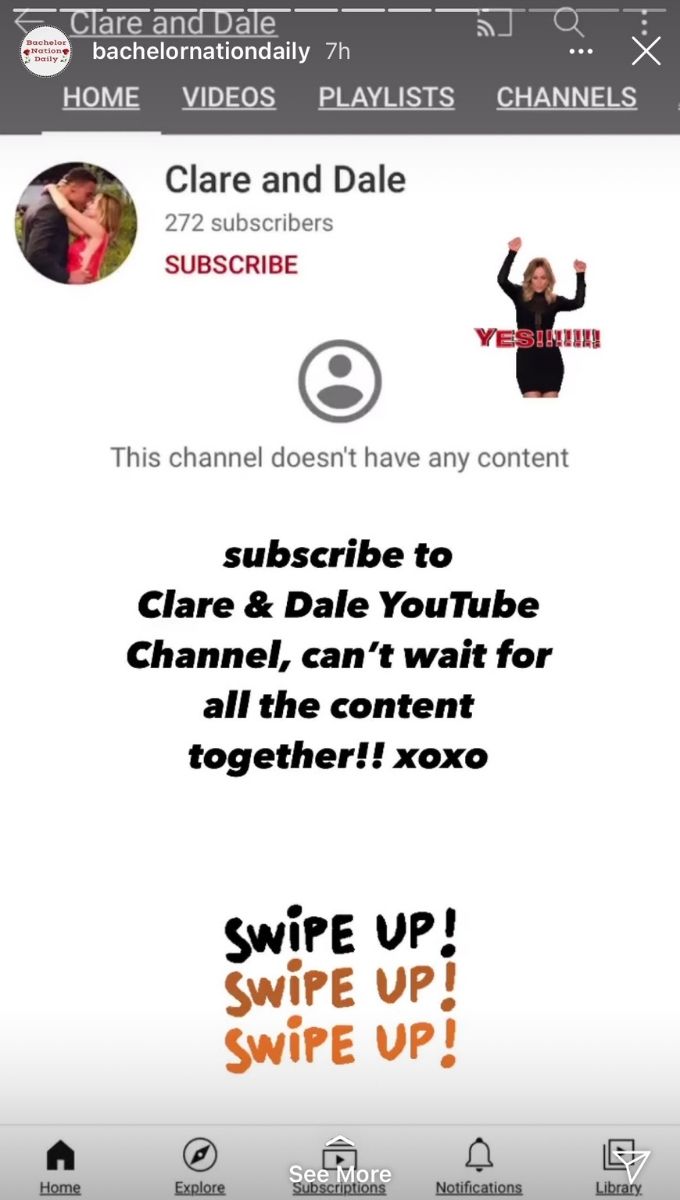 The YouTube account appears to be the official one for the couple. Clare links to it in her LinkTree Instagram bio, but they haven’t said much about it.

Clare Crawley and Dale Moss’ love story is an interesting one

Fans are excited to follow the couple as they continue to share their love story with the world.

They got together so quickly and so intensely that fans question whether they actually had a relationship before the show.

Even a previous Bachelorette contestant spoke out about the couple, questioning whether Dale was with Clare for the right reasons, sharing that Dale would be making a big mistake if he wasn’t.

“He would be playing himself if he was trying to play Clare. That would be a very ignorant move. I feel that he’s there for the right reasons because if he’s not, it will come out.

“If he ain’t there for the right reasons, one year, two years down the road, it will be HELL to play for him!” Mike Johnson has previously revealed about Dale and if he was using Clare for publicity.

Fans wanted answers as they watched this season of The Bachelorette, and so did Clare’s guys.

On Thursday’s episode, after Clare had left with Dale, the guys wanted answers about how she could know so fast that Dale was the one she wanted to be with.

The Bachelor airs Tuesdays at 8/7c on ABC.

END_OF_DOCUMENT_TOKEN_TO_BE_REPLACED

END_OF_DOCUMENT_TOKEN_TO_BE_REPLACED
Recent Posts
We and our partners use cookies on this site to improve our service, perform analytics, personalize advertising, measure advertising performance, and remember website preferences.Ok