Sean (played by Antony Cotton) has become more involved in storylines on Coronation Street of late, with his son Dylan Wilson (Liam McCheyne) set to move in with him very soon and the father-of-one trying to sell beauty products to his neighbours. However, as his money problems build in the next few months on the ITV soap, the beloved character is going to see his morals tested like never before as he tries to give his child the best life he can. With Ray (Mark Frost) being a prominent force on the cobbles and willing to manipulate anyone to get what he wants, will he lure the Rovers barman to the dark side to carry out some heinous deeds?

Speaking to Express.co.uk and other press about what’s to come for Sean, executive producer Iain MacLeod teased a huge change to his charismatic character.

The soap boss said: “[There is going to be] good and bad, I suppose in terms of the angel and the devil on his shoulder.

“I think on the good side, we’re going to get to see a gay single dad raising his son which I feel is something I’ve not seen in a soap before – I could be mistaken.

“It feels like novel territory for us and for him. I just think the chemistry between him and Dylan is really touching.

“We’ve seen them together recently, I think they are just really poignant and moving and I totally buy their relationship, which is going to make what we’re doing actually really exciting,” he added, before discussing the darker side of the father-of-one which will emerge. 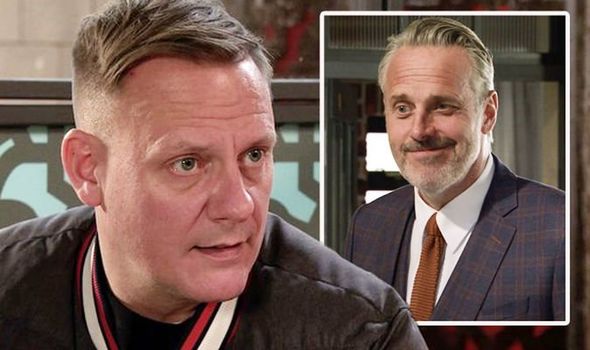 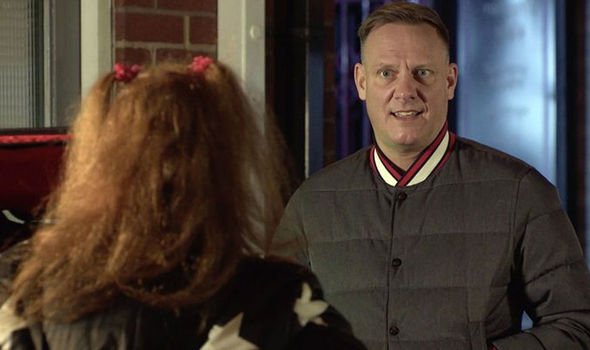 “Unfortunately, it’s a drama and as he attempts to get his life in order to take on this teenage lad and to give him the lifestyle that he wants to give to his teenage son, he ends up making some morally questionable decisions,” Iain added.

“And riding roughshod over some of his neighbours at times because he thinks, ‘Well, I’ve been on the bones of my backside, and I know I currently live in Eileen’s spare room and if my 14-year-old son’s going to come live with me, that can’t be the situation forever.’

“So that’s his motivation and how he goes about achieving that is morally questionable and ultimately will prove to be quite a brilliant kind of morality tale for Sean and for the for the nation, I think,” the soap boss continued. 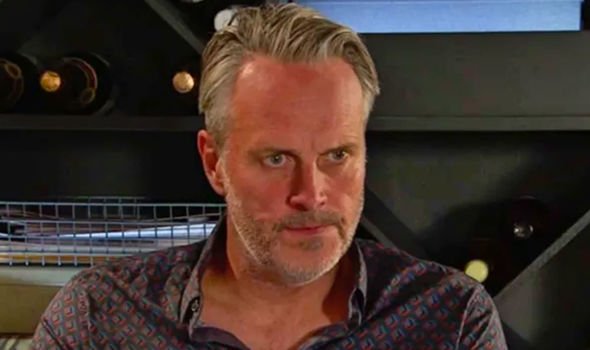 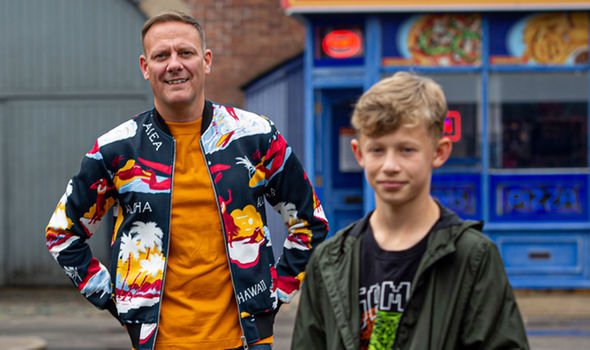 Sean gets further outside what is morally acceptable

One person who doesn’t care what the community thinks of him is Ray as he continues with his plans to flatten a good portion of the cobbles to make way for a new development.

The villain already has Debbie Webster (Sue Devaney) and Dev Alahan (Jimmi Harkishin) on his side, but he might enlist Sean as another pawn in his game.

Knowing how desperate the father-of-one is to impress his young boy, the ruthless businessman could hire him to help promote his venture.

In doing so, the beloved character would see his loyalties with friends and neighbours tested as he tries his best to get more cash.

Iain explained: “Especially after COVID, I think there’ll be many, many people that don’t have a great deal of money and I think therefore the situation that Sean finds himself in, firstly, people will empathise with it a lot.

“But then, as he gets further and further outside what is acceptable and morally acceptable, I think it will become a really interesting morality fable where people won’t feel like, ‘Well, I understand why he’s doing that’.

“But to what extent do the ends justify the means and I think it’s a really interesting fable for our times,” he added.

Sean and Ray haven’t yet crossed paths, but are they about to find themselves spending a lot more time together as they plot to change the face of Weatherfield for good?

However, it won’t just be money problems Sean has as Dylan returns to the cobbles next week and is soon at the centre of a huge drama.

When the youngster is suspended from school, the father-of-one does some digging to find out why his son is acting up.

The teenager refuses to spill the beans at first but later confesses to his father he’s being bullied because his dad is gay.

This paves the way for Dylan to make his permanent come back to the show after living with Violet for so many years but will he find himself an outsider as Sean teams up with Ray?

END_OF_DOCUMENT_TOKEN_TO_BE_REPLACED

END_OF_DOCUMENT_TOKEN_TO_BE_REPLACED
Recent Posts
We and our partners use cookies on this site to improve our service, perform analytics, personalize advertising, measure advertising performance, and remember website preferences.Ok