CORRIE’S Katie McGlynn looks sensational as she drapes herself over a piano in a sexy shoot to celebrate being nominated for a BAFTA.

Showing off her curves, the award-winning actress is thrilled to be up for the Virgin Media Must-See Moment 2020 for her portrayal of cancer-stricken Sinead Tinker. 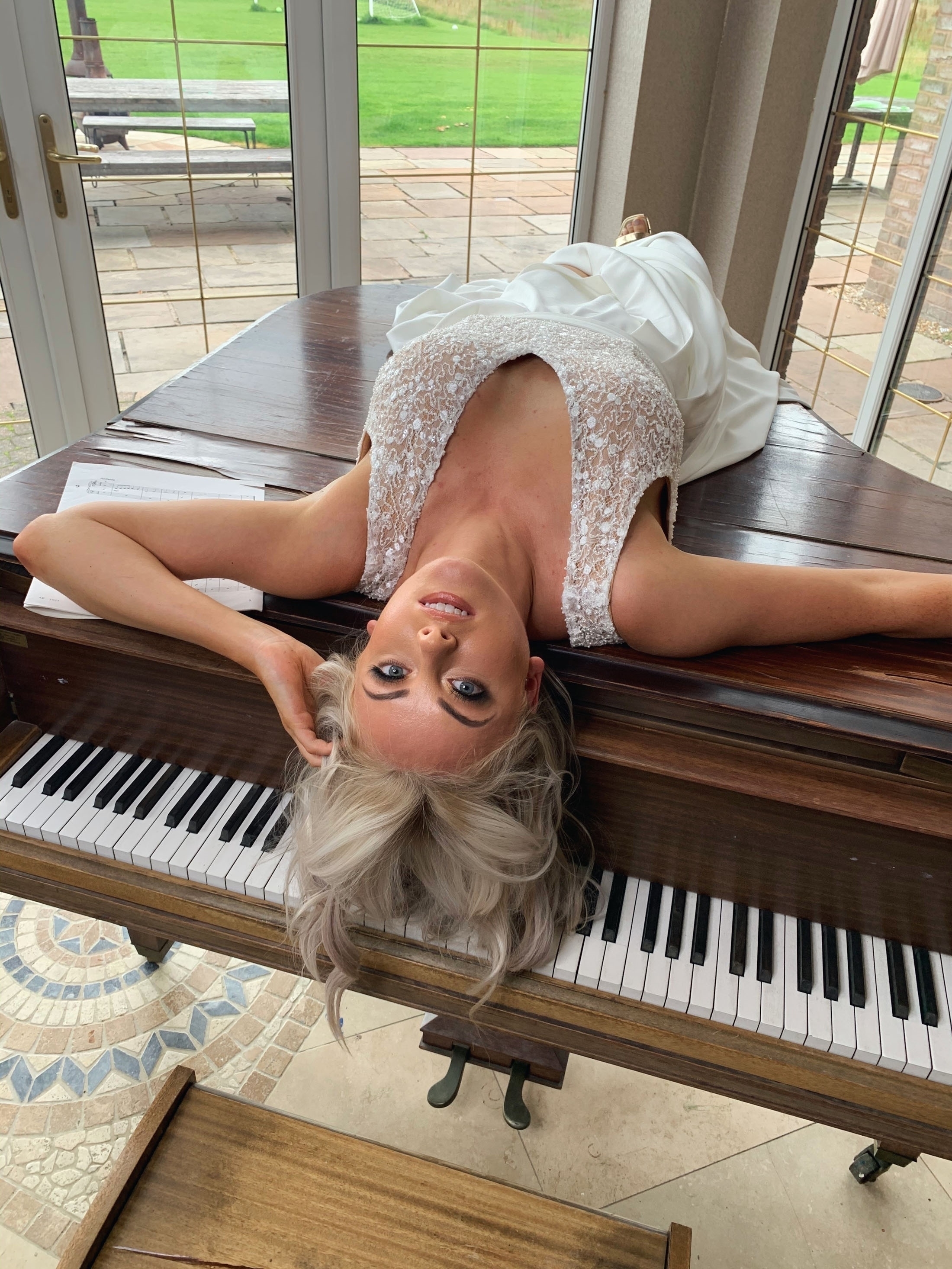 The harrowing cervical cancer storyline that eventually led to her exit from the show has made her a household name and also seen her win the National Television Award for Best Serial Drama Performance.

And despite there being no red carpet event to attend this year, it hasn’t stopped Katie and the other nominees from getting all dressed up.

The actress, 27, looked stunning in a white lace and silk designer gown as she posed for a glamorous online shoot by legendary photographer Rankin, 53, ahead of tonight's virtual TV BAFTAs ceremony.

Katie pulled out all the stops as she lounged on her sofa, stairs and even her piano during the photo shoot. 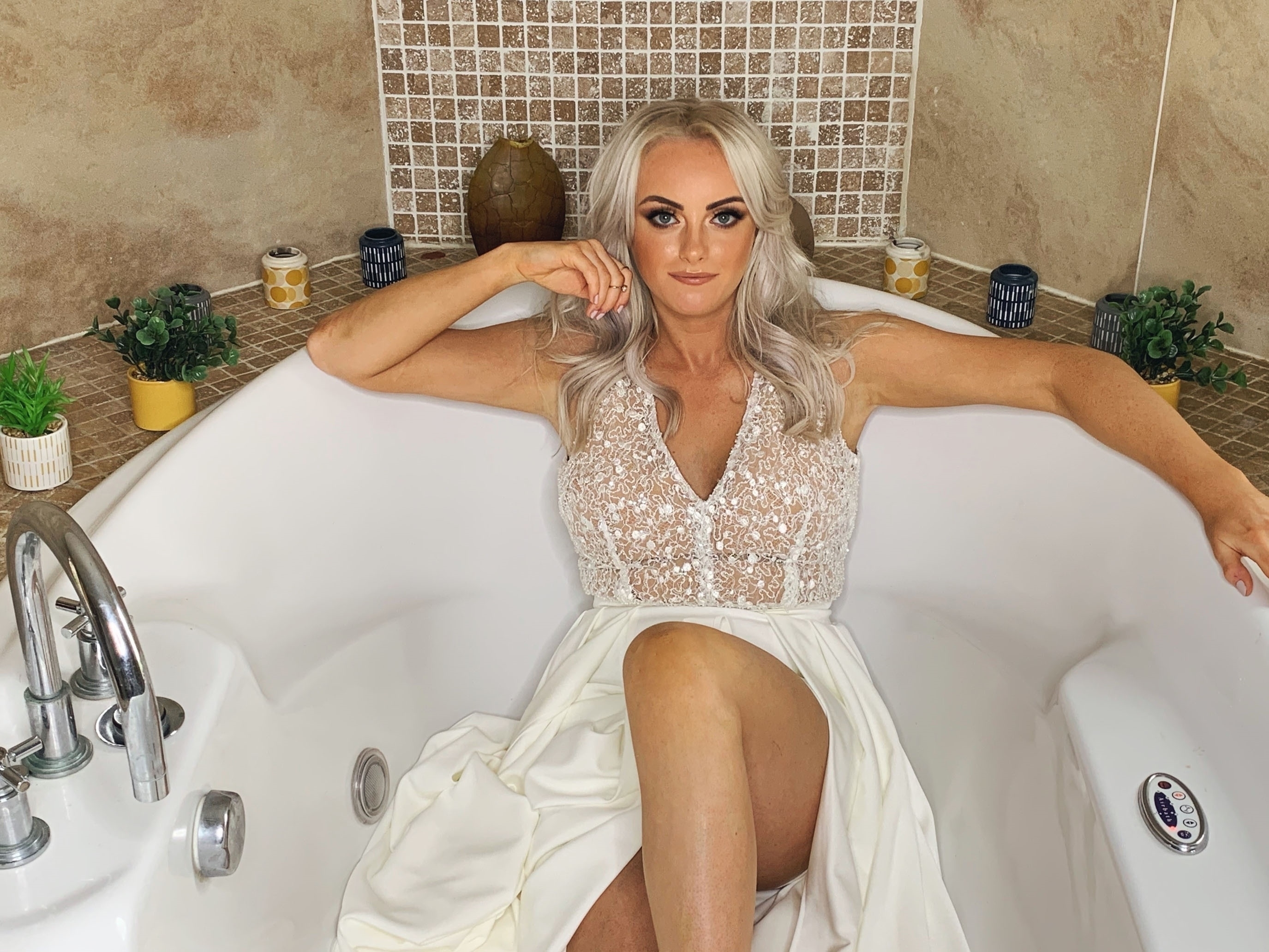 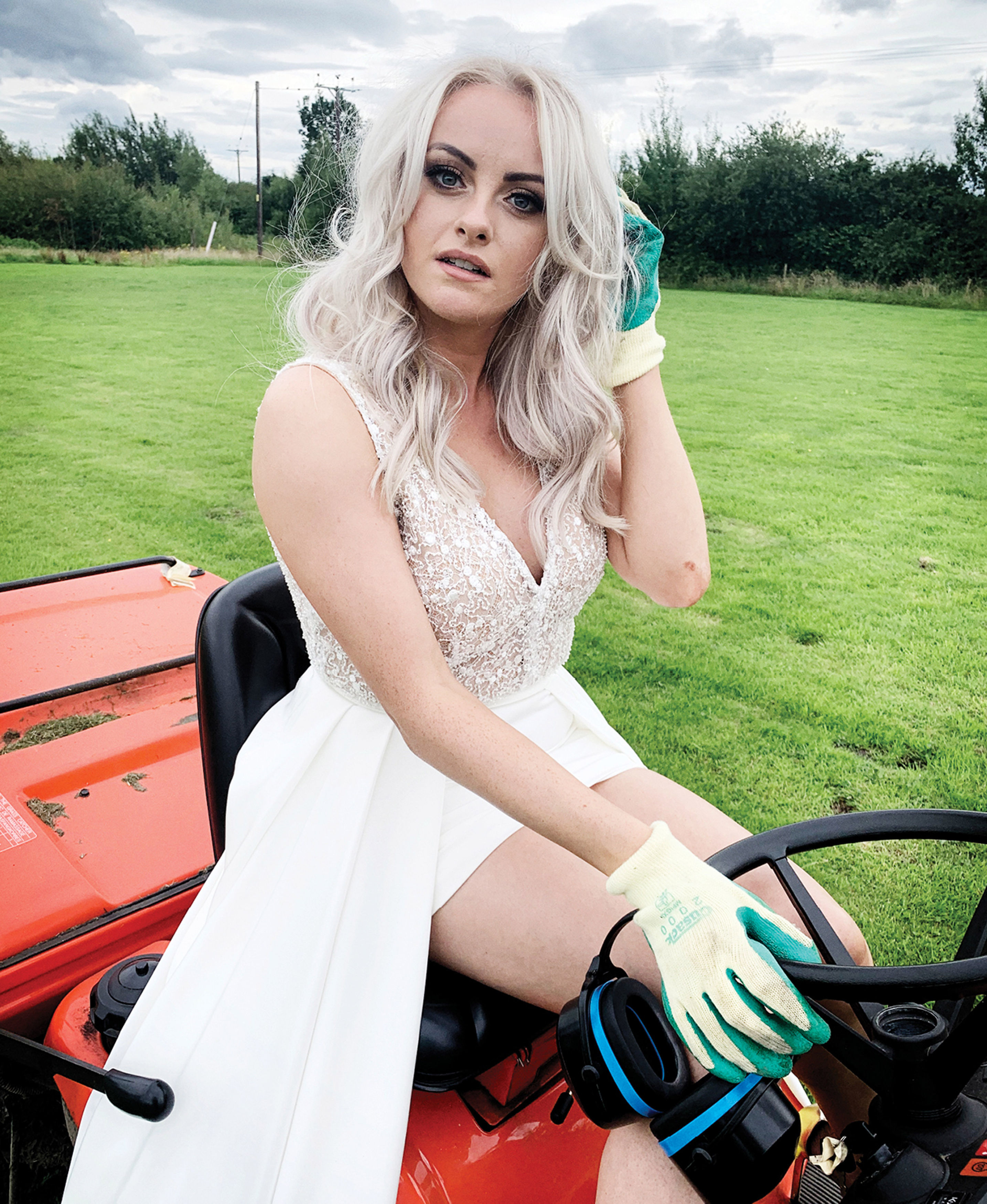 In another snap, she playfully matched her floor-length gown with gardening gloves while sitting on a ride-on mower.

Tonight, the BAFTAs awards show is being held in a BBC studio in accordance with government guidelines.

The ceremony will be socially distanced, with nominees accepting their prizes virtually.

Speaking on Liz Taylor’s “Events That Made Me” podcast, the award-winning ex-Corrie star explained how the coronavirus pandemic has made her focus on her acting career, rather than taking the ‘easier’ path of reality TV. 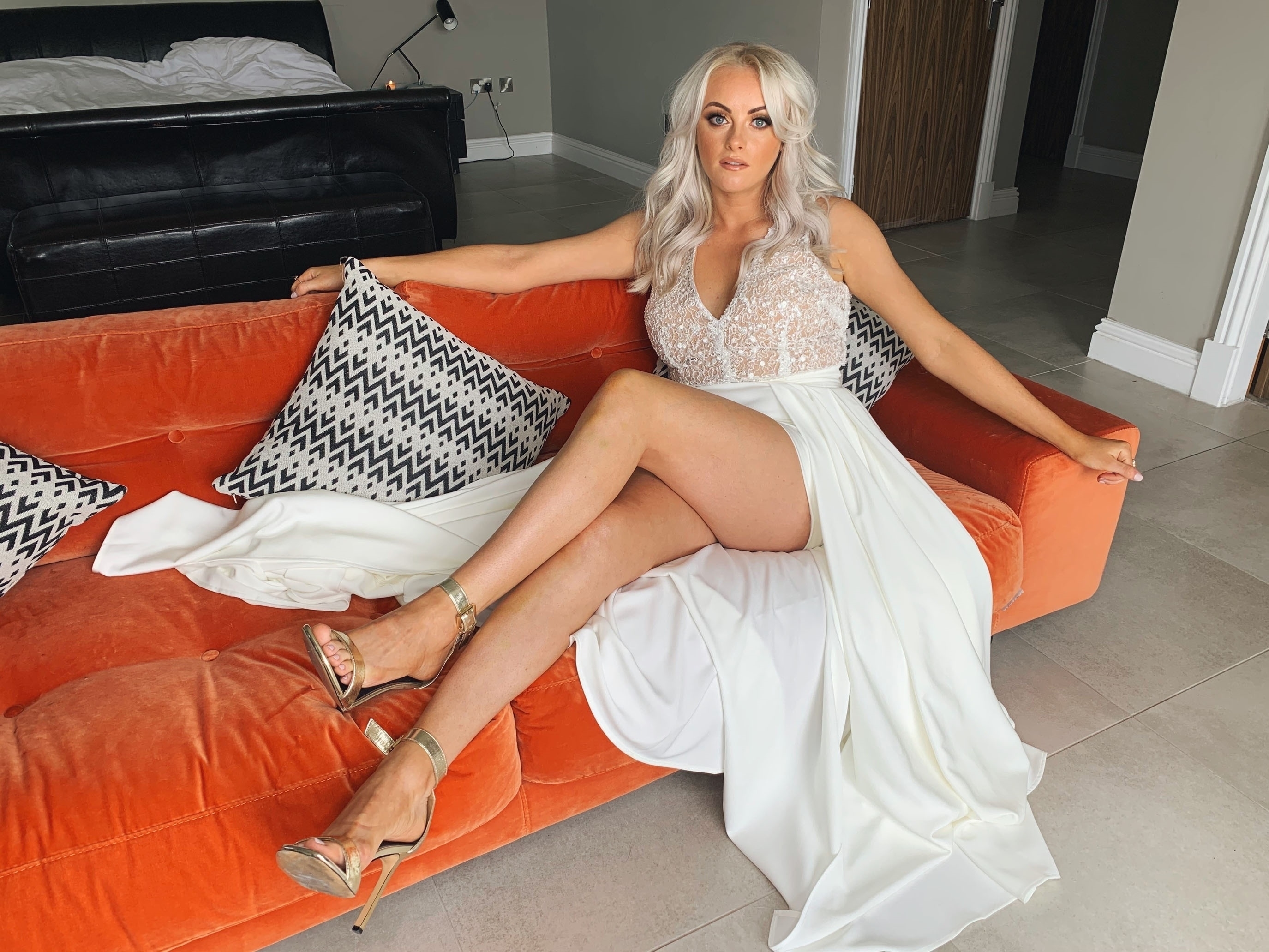 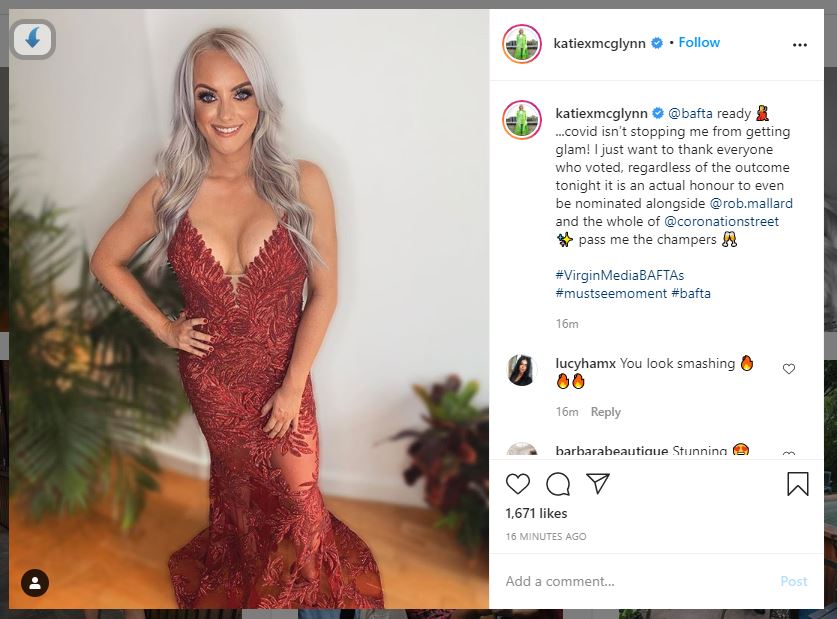 She said: “Me personally, what I want to do is dramas.

“I’d love to do stage stuff as well, because I’ve not had as much experience in doing that. I want to learn, and I just want to be challenged really. I’d love to do a bit of comedy stuff.

“I do want to focus on the acting side because I think from everything that happened last year and everything that’s going on, you could quite easily go on to do reality stuff, which I’m not knocking and I have had weird and wonderful offers for that as well.

"But unless it was something that I was really passionate about and that I wanted to do, I’d solely want to focus on acting because that’s what I’m comfortable with really.”

END_OF_DOCUMENT_TOKEN_TO_BE_REPLACED

END_OF_DOCUMENT_TOKEN_TO_BE_REPLACED
Recent Posts
We and our partners use cookies on this site to improve our service, perform analytics, personalize advertising, measure advertising performance, and remember website preferences.Ok