Coronation Street icon Fiz (Jennie McAlpine) had been battling with a revelation from Tyrone Dobbs (Alan Halsall) that he wanted to give their relationship another go. After an awkward ceremony and an unhappy reception, Fiz finally revealed to her new husband that she didn’t love him and their marriage was a mistake. Putting on a brave face, Phill urged his wedding guests to continue the party before breaking down. Meanwhile, Fiz reunited with Tyrone as they embraced in a passionate kiss. Phill actor Jamie Kenna has since opened up about the actions from Fiz and explained that it was “devastating” for Phill and revealed his plans going forward.

Opening up about the bombshell, Jamie touched on how Phill felt in that moment, saying: “It’s absolutely devastating, the whole pack of cards comes tumbling down.

“It’s his perfect day, with his perfect woman, it’s the moment he’s been waiting for his entire life.

“He’s got his grandmother’s ring, whose dying wish was for him to give it to someone he loves, which he does.

“They’ve had their ups and downs, they’ve got over the sabotage going on, but they’ve finally made it down the aisle. 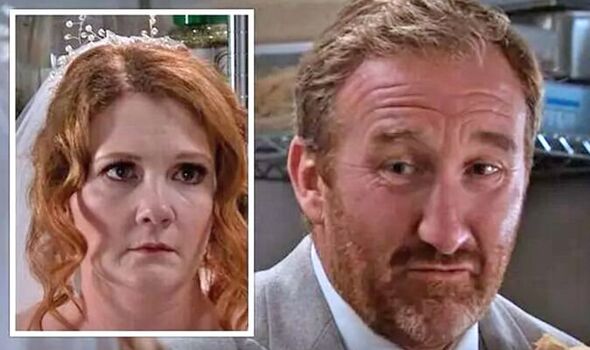 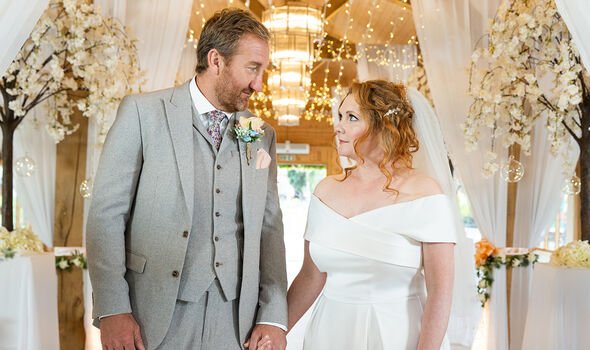 “She looked him in the eyes, there was a little stumble at the wedding, but it’s all good, they’ve got over everything as far as he’s concerned. So it’s utter shock.

“That being said, he’s not stupid. I think he senses throughout the day that something’s maybe not quite right, so when Fiz turns around and says she needs to speak to him, I think he knows.

“But it’s just utter devastation, there’s no other word for it, his world implodes.”

Jamie also revealed whether Phill was ready to accept their relationship was over or whether there would be some more passion and fight. 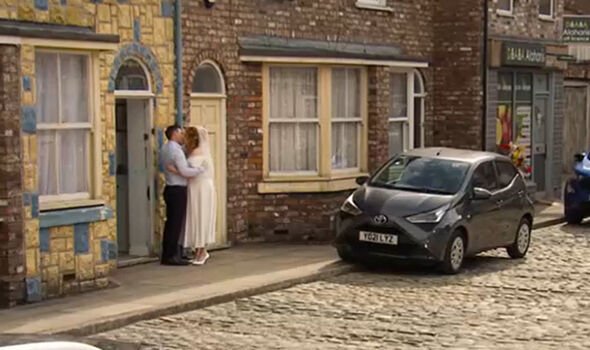 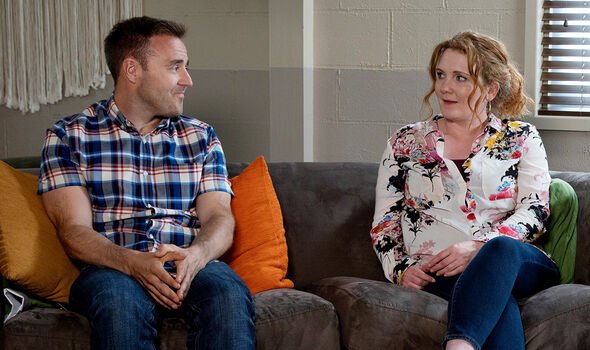 He teased: “I think he definitely will feel that there’s something there worth fighting for. I think he’ll put it down to a bit of cold feet.

“I think he’ll fight for her because he loves her so much, he would literally rather die trying, I don’t think it’s in his nature to give up.”

There was a mixed reaction from viewers on Friday night as some were delighted at Fiz and Tyrone’s reunion, whilst others felt sorry for Phill.

@dEvil_mAn22 exclaimed: “Fiz is such a fool. Can’t believe she has done that to poor Phill. He’s such a diamond geezer. How awful to dump him like that on their wedding day.”

@Shannon79053723 commented: “Poor Phill! That was so cruel of Fiz to do that to him. I get the viewers are supposed to be happy that she’s finally reunited with Tyrone – but not this way.”

However, some were delighted at their reunion, with Renae Gordon tweeting: “Fiz and Tyrone!” alongside many love heart emojis.

Whilst Pritha Bardhan theorised: “So now that Tyrone & Fiz are back together, will Alina now rock up with Tyrone’s baby #Corrie producers? #CoronationStreet” (sic)

The heartbreaking scenes came after Fiz struggled to say her vows during the ceremony whilst Tyrone looked on longingly.

During their chat, Fiz revealed: “I’m sorry. You are the nicest guy, kind, funny, and handsome! I know it’s messed up.

“My heart should be bursting out of my chest today, and I should be the happiest woman on earth, but I’m not,” before she went and surprised Tyrone.