BBC Breakfast had invited Grant Shapps onto the show to discuss the latest travel developments in the capital. Before he got to explain the new railway measures, Dan Walker wanted to discuss the whereabouts of the Prime Minister for today’s address to the nation as well as his location on September 11.

“You say it’s critical, it feels like an important day with the Chief Medical Officer and Chief Scientific Advisor both addressing the nation at 11 o’clock,” Walker began.

“If it is so important, where is the Prime Minister today?”

Shapps replied: “Well, he’ll be coming out after that to set out – based on the scientific advice they will be providing – what should happen next.

“We’ve always made this very scientific-led response, that’s one of the reasons why the country’s been successful in finding the very first drug which actually helped in preventing deaths in coronavirus. 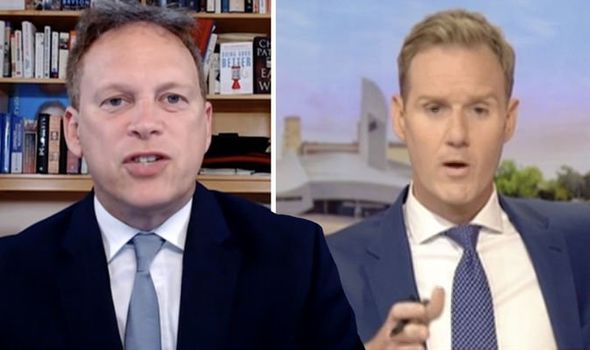 “And that scientific approach is the right one to take -“ the politician continued.

But he was cut off by Walker, who asked again: “My question was where the Prime Minister is today Mr. Shapps.”

“Well, what he wants to do – quite rightly – is to allow, without politicians there, the scientists to pitch to the county, he will come out very soon after that and speak to the country,” Shapps explained.

“I think it’s a welcome development, to allow the medical experts, to speak on their own, in their own language, set the picture out and then you’ll get the leadership. 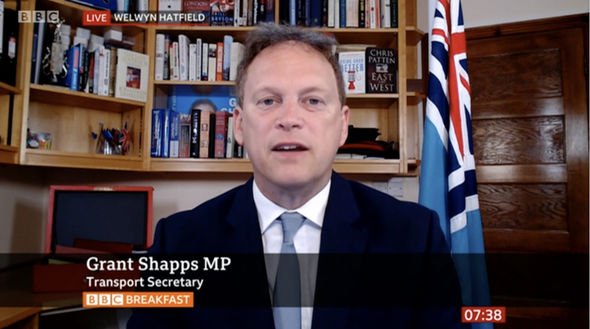 “And also, I think we’ve seen perhaps elsewhere, rather than here, politicians coming out and doing one thing or another and you wonder what the scientific base is for it.”

Walker then said: “I wanted to come back to you on the virus in a moment, but on the whereabouts of the Prime Minister, the other question is about where he was on September 11.

“I’m sure you’re aware of reports in Italian newspapers, saying he and his fiancé were in Italy for a number of days. 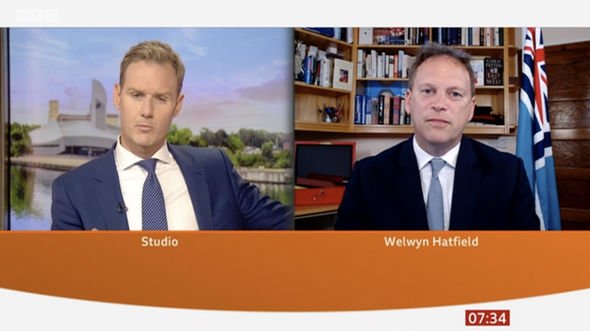 “Not as far as I’m aware,” Shapps responded. “But I don’t track his movements via the hour.

His answer didn’t satisfy Walker who then asked: “So he wasn’t there then?”

“But just to be clear, that would be in a travel corridor, in any case. ”

To find out details of coronavirus in your area, please fill in your postcode below.

Those watching at home commented on the interview.

One said: “#BBCBreakfast @mrdanwalker asking a question, getting an answer and asking the question again… @BBCBreakfast.”

“#bbcbreakfast go on Dan … get stuck in … I REPEAT WHERE IS THE PM,” another commented.

Someone else wrote: “Asked #wheresBoris twice on #BBCBreakfast, Transport Minister Grant Shapps preferred to waffle than actually give an answer. That tells you all you need to know about the part time PM.”

“A masterclass from Grant Schapps on how to avoid answering a simple question #BBCBreakfast,” a viewer tweeted.

BBC Breakfast airs everyday at 6am on BBC One.

END_OF_DOCUMENT_TOKEN_TO_BE_REPLACED

END_OF_DOCUMENT_TOKEN_TO_BE_REPLACED
Recent Posts
We and our partners use cookies on this site to improve our service, perform analytics, personalize advertising, measure advertising performance, and remember website preferences.Ok