David Jason says people who change with fame ‘annoy him’

From Only Fools and Horses to Open All Hours, David Jason’s CV isn’t exactly short of big-named roles which have made the 80-year-old a national treasure. Looking back on his life with Lorraine Kelly on a special edition of her self-titled ITV talk show, David discussed working with legendary comic actor Ronnie Barker and the release of his latest book A Del of a Life amongst a number of other topics. However, when Lorraine asked David about his kind and easygoing approach to his career, the actor had plenty to say on those who opt for a different attitude.

The moment came when Lorraine said to the Only Fools legend: “The thing about you is no one has got a bad word to say about you,

“Because that’s how you’ve lived your life, you’ve been kind to people, considerate to people. And it seems such a small thing but it’s huge.”

Agreeing with the ITV presenter, David explained exactly why he’s adopted this attitude over the past six decades he’s been on screen. 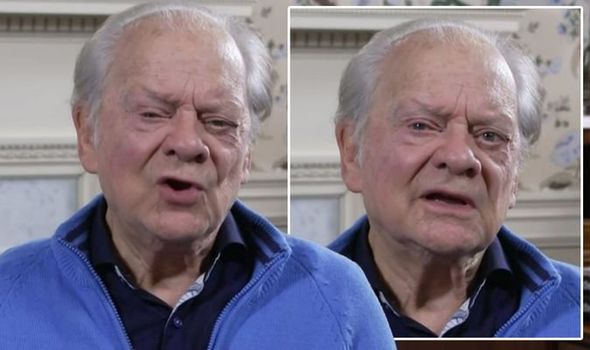 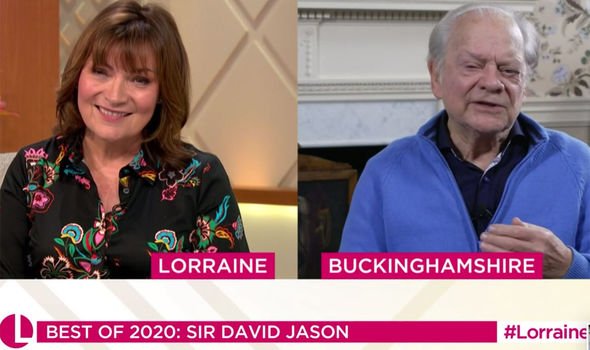 He continued: “You rely on everybody else. What that means is you are part of a team and part of a journey together to make a programme.

“So enjoy it. It’s the journey, not the arrival, right?”

David then went on to take aim at others in his field of work who perhaps aren’t quite as kind. 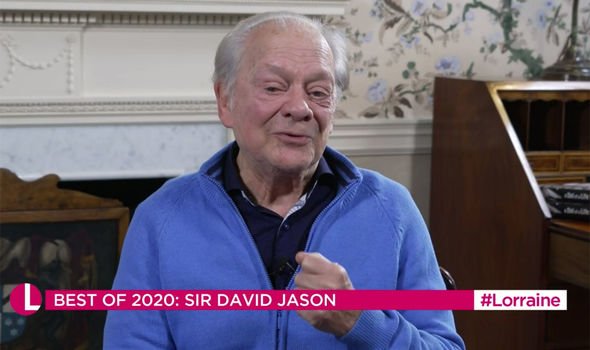 “But there are some people especially in our business that get a little touch of fame and it seems to affect their brain somehow,” he said.

David continued: “And they think that they are elevated into being something special, something more than human if you like,

“And that annoys me immensely because they forget that without the team, they wouldn’t even be on television.”

“You’re so, so right,” Lorraine said in agreement as she echoed David’s statement.

Lorraine also pointed out how David’s positivity shines through his latest book.

And it wasn’t just the ITV talk show host who was in agreement with David and enjoying his company as a number of viewers at home weighed in with their thoughts on the chat.

“Listening to David Jason being interviewed on Lorraine Kelly. I find myself smiling due to the warmth, humility and kindness he exudes,” said one fan on Twitter.

They continued: “What an absolute gentleman and lovely human being. If I could be a tenth of that I would be happy. Lovely start to NYE.”

A second echoed: “@lorraine great interview with the wonderful David Jason! Please invite him back in the new year, he’s such a great personality…I could listen to him all day!”

“Sir David Jason, absolute legend and lovely, kind man. My late Dad reminds me so much of him and the happiest of childhood memories included watching and laughing together at his talent,” added a third.

While a fourth concurred: “Watching #davidjason on #lorraine he’s my absolute idol.”

Lorraine continues weekdays at 9am on ITV.

END_OF_DOCUMENT_TOKEN_TO_BE_REPLACED

When does Biden get the nuclear football and ‘the Biscuit’?

The handoff of power from President Trump to President-elect Joseph R. Biden Jr. involved choreography that includes two nuclear footballs and two sets of launch codes. The last time a president refused to show up at his successor’s inauguration — Andrew Johnson in 1869 — the United States did not

END_OF_DOCUMENT_TOKEN_TO_BE_REPLACED

END_OF_DOCUMENT_TOKEN_TO_BE_REPLACED
Recent Posts
We and our partners use cookies on this site to improve our service, perform analytics, personalize advertising, measure advertising performance, and remember website preferences.Ok