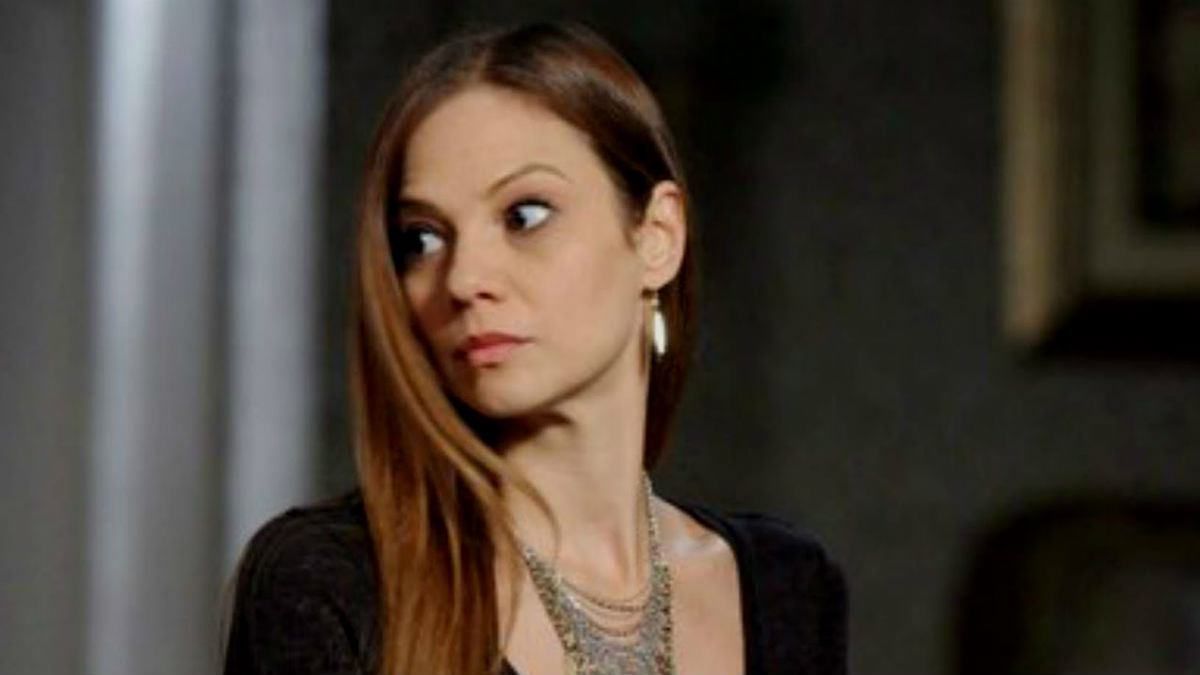 Days of our Lives spoilers tease Tamara Braun will soon return as Ava Vitali, who was presumed dead four years ago on the NBC soap opera.

Fans of Tamara are going to be thrilled to have her back on their television. The talented actress was last seen on General Hospital as Dr. Kim Nero.

Since her departure from the hit ABC soap opera, fans have been wondering what Tamara was going to do next. After months of anticipation, it has been revealed she will soon pop back up in Salem.

Soap opera digest was first to break the news that Tamara was reprising the role of Ava. Days executive producer, Ken Corday dished the exciting news to the magazine and teased what is ahead for the character.

He expressed that Ava’s return will impact the newly reunited Steve (Stephen Nichols) and Kayla (Mary Beth Evans). It will also be pivotal for Steve and Ava’s son, Tripp (Lucas Adams), who surprises his father with a visit this week.

Ken shared head-writer Ron Carlivati has a big exciting story planned revolving Ava being alive. He insists others will be pulled into the drama, but is not spilling any details.

Fans know that Kayla and Steve’s son, Joey (James Lastovic), is currently in prison for killing Ava. In a drunken rage, Joey snuck into Ava’s hospital room and smothered her to death. The return of Ava should mean Joey will be released from prison.

Ava’s return is the latest in several high-profile comebacks to Days of our Lives, which were featured in the fall promo video.

It is exciting news for fans who are still reeling from the mass exodus currently playing out on the NBC show.

When will Ava premiere?

There is good and bad news surrounding how long fans will have to wait to see Ava.

The good news is that Days is back in production following an almost six-month shut down due to the coronavirus pandemic.

Well, well, well!! Looks like the cat is out of the bag! Ava and I are excited to return to Salem @nbcdays . Hope you come along for the ride to see where the adventure take us! #days #salem #ava #avavitali #return #excited #fun #soap #love #dool #meow

Well, well, well!! Looks like the cat is out of the bag! Ava and I are excited to return to Salem @nbcdays . Hope you come along for the ride to see where the adventure take us! #days #salem #ava #avavitali #return #excited #fun #soap #love #dool #meow

Paul Telfer (Xander) revealed on Tuesday via social media that he was back at the studios filming new scenes. The soap opera had enough shows in the can to last through Halloween.

So, if the story was in the beginning stages of filming before production was halted, the character could premiere in the next few weeks. Otherwise, it will likely be November before viewers catch their first glimpse of a not-so-dead Ava.

Lots of exciting things are happening at Days of our Lives, including the return of Tamara Braun. It is going to be one interesting fall in Salem.

Days of our Lives airs weekdays on NBC.

END_OF_DOCUMENT_TOKEN_TO_BE_REPLACED

END_OF_DOCUMENT_TOKEN_TO_BE_REPLACED
Recent Posts
We and our partners use cookies on this site to improve our service, perform analytics, personalize advertising, measure advertising performance, and remember website preferences.Ok