Dog the Bounty Hunter doesn’t feel like he should be judged for his past usage of the N-word. In all honesty, he thought he was exempt from the backlash of it entirely.

In a new interview with “Entertainment Tonight”, Dog the Bounty Hunter, or Duane Chapman, was asked about allegations leveled by his daughter, accusing him of being adulterous and racist. The latter stems partially from a 2007 phone call in which he said the N-word six times while arguing with his son.

When ET’s Kevin Frazier asked Dog point blank why he was using the slur so cavalierly, the bounty hunter admitted that he thought he was allowed to. 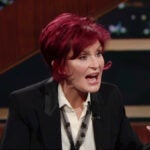 “I thought I had a pass in the Black tribe to use it,” he said. “Kind of like Eminem.” He even added later “I have more Black friends than Eminem.”

The “tribe,” who Chapman also referred to as “the brothers,” are former inmates he met while in prison in 1979. According to Chapman, “that was a word that we used back and forth as maybe a compliment.”

Now, more than 40 years later, Dog is acknowledging that it is not OK to use the slur in everyday conversation, but he also doesn’t feel like he should be deemed a racist because he used it then, and in 2007.

“My pass expired for using it, but no one told me that,” Chapman said. “To say a racist name doesn’t qualify to make you a racist.”

You can watch Dog the Bounty Hunter’s comments in the video above.