Don Lemon Rebukes Opponents of Critical Race Theory: 'Stop Making it About You'

“The only problem is your perception,” Chris Cuomo says to critical race theory critics 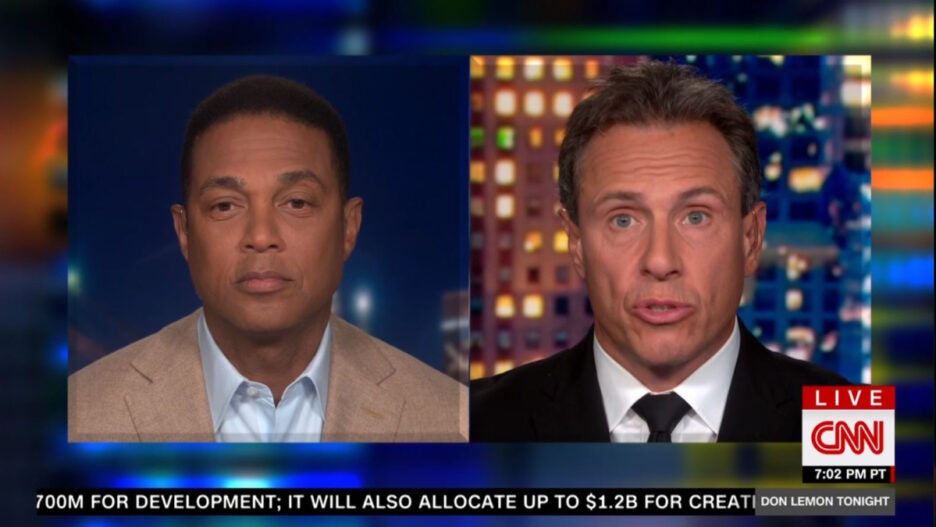 During the handoff from Cuomo’s “Prime Time” to “Don Lemon Tonight” Thursday night, the two hosts briefly discussed the significance of the newly designated Juneteenth holiday. Lemon and Cuomo then quickly segued into talking about the teaching of critical race theory (sometimes called CRT) in schools.

The main argument against critical race theory – propelled largely by right-wing actors like Tucker Carlson — is that the teaching of how white Americans routinely benefitted from Black enslaved peoples’ labor makes white people feel bad about being white. 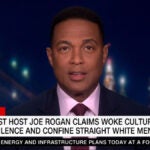 Lemon pointed out that learning about slavery and the legacy of systemic racism in America is even more traumatizing for students of color. “You don’t think that telling them people were beaten and sold and lynched makes them feel bad?” Lemon asked, while laughing at the obvious irony.

Cuomo said he didn’t believe that teaching people about how racism affects structures in the U.S. is inherently saying any one group of people is evil.

“I had somebody today say to me, ‘Well, you know, I’m just worried. I don’t want them to tell any of that history. I don’t want people lecturing my kid like, hey, you’re white, you’re bad.’ I said, why do you think that’s what it will be?” Cuomo told Lemon. “That’s the problem. The only problem is your perception. Why wouldn’t you want your kid to understand the roots of slavery and the legacy of slavery, how it has played out for enslaved people as a culture throughout the years? Why wouldn’t you want that?”

Cuomo urged left-wing viewers of “Don Lemon Tonight” to observe who is on the “right side” of history and to support things like learning about critical race theory and making Juneteenth a holiday.

“More importantly though, we also need to speak to the right, the people who want to commemorate this or don’t think that the full history of our country should be taught in schools,” Lemon said. “All of it should be taught. There were many more people who contributed to the beginnings of this country, to making this country what it is, than just one group of people — and the history needs to be told by many people. There are more voices.”

Lemon continued, “Now more people have a voice. More people have a platform. And if you want the true history, it’s really about who is telling it. So if you are the person who happens to be telling the history, you’re going to tell it in your favor. And the best way to correct that, so that some people aren’t over-indexed in the history of the country, is to have all voices, as many voices as possible, included in that history.” 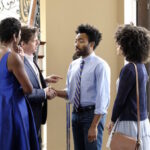 Critical race theory was developed by legal scholars in the 1970s and most prominently advocated for by Columbia University law professor Kimberlé Crenshaw. The concept essentially argues that white supremacy remains a key part of how the laws, institutions and penal systems in the U.S. were developed and remain today. As a recent Wall Street Journal explainer put it, critical race theory “rejects the idea that laws are inherently neutral, even if they are sometimes applied unevenly.”

As Cuomo and Lemon’s contemporary Samantha Bee put it during a recent episode of “Full Frontal,” “None of this has anything to really do with education, history or ‘saving the children.’ Scare tactic wedge issues like these have been a political strategy since the birth of democracy. Republicans have spent decades turning fear-based politics into an art form.”