ACTOR Dwayne 'The Rock' Johnson has announced a new sitcom based around his 'formative years' called Young Rock.

The 47-year-old, who first found fame as a WWE star, is set to star in the NBC comedy series and will also executive produce the project through his Seven Bucks Productions. 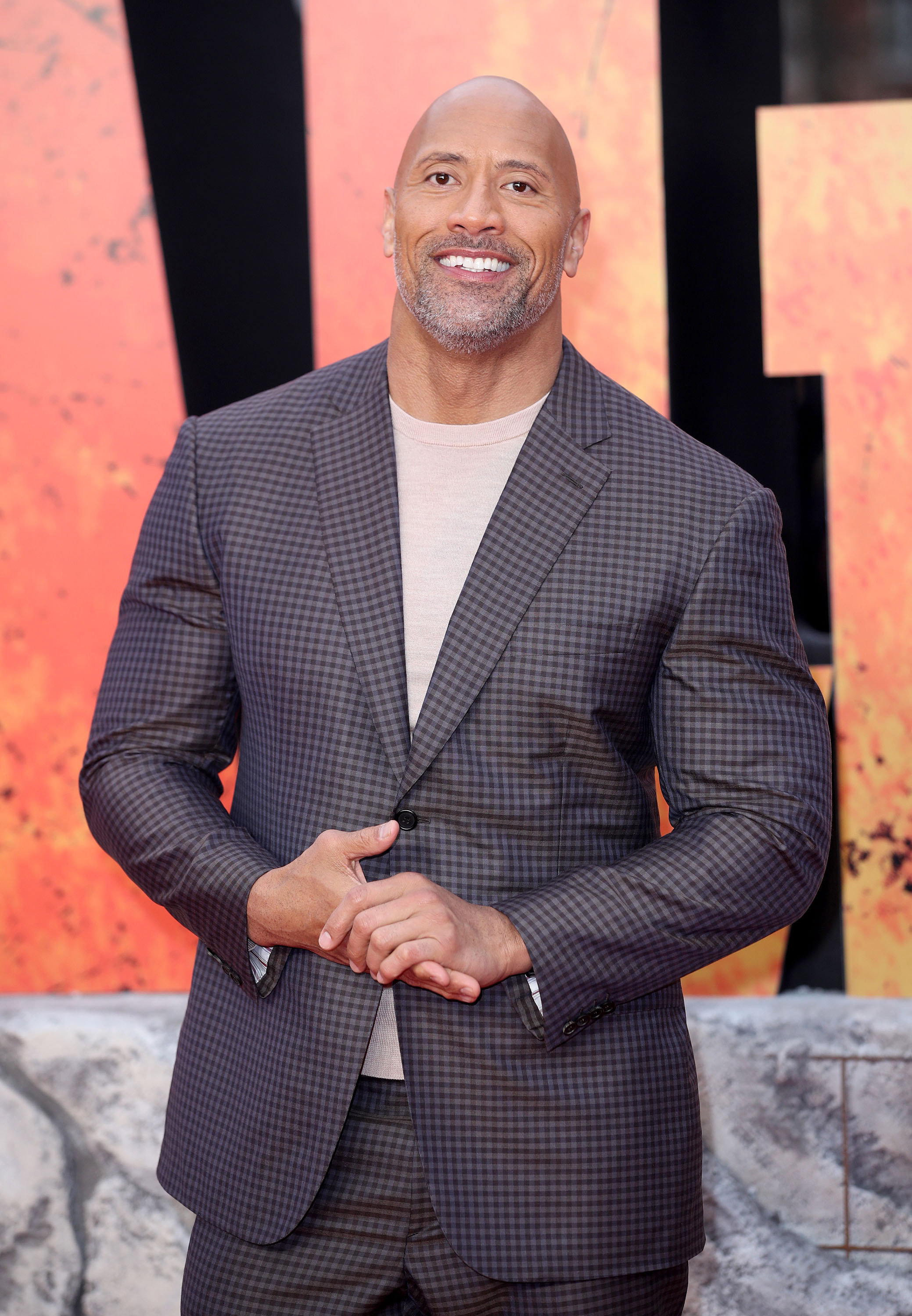 The 11-episode single-cam show will also be executive produced by Fresh Off The Boat's Nahnatchka Khan, who has co-written the pilot with Jeff Chiang.

The wrestler-turned-actor's new project will follow his life through his childhood, teenage years and adolescence.

Announcing the new show on social media, Dwayne, who is expected to appear in each episode, likened his life to Forrest Gump and promised the series would show "the good, the bad, the ugly".

He wrote on Instagram: "The story of my wildly unpredictable life comes to @NBC 'YOUNG ROCK'. 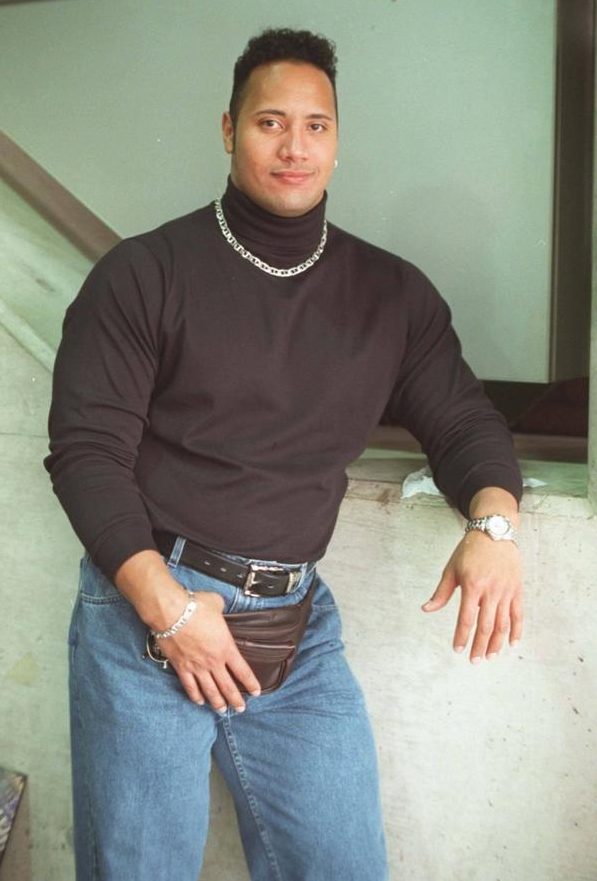 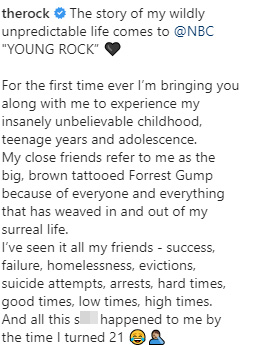 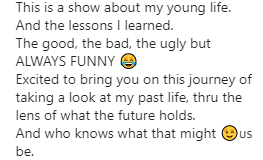 "For the first time ever I’m bringing you along with me to experience my insanely unbelievable childhood, teenage years and adolescence.

"My close friends refer to me as the big, brown tattooed Forrest Gump because of everyone and everything that has weaved in and out of my surreal life," he continued.

"And all this s**t happened to me by the time I turned 21. This is a show about my young life. And the lessons I learned. The good, the bad, the ugly but ALWAYS FUNNY. 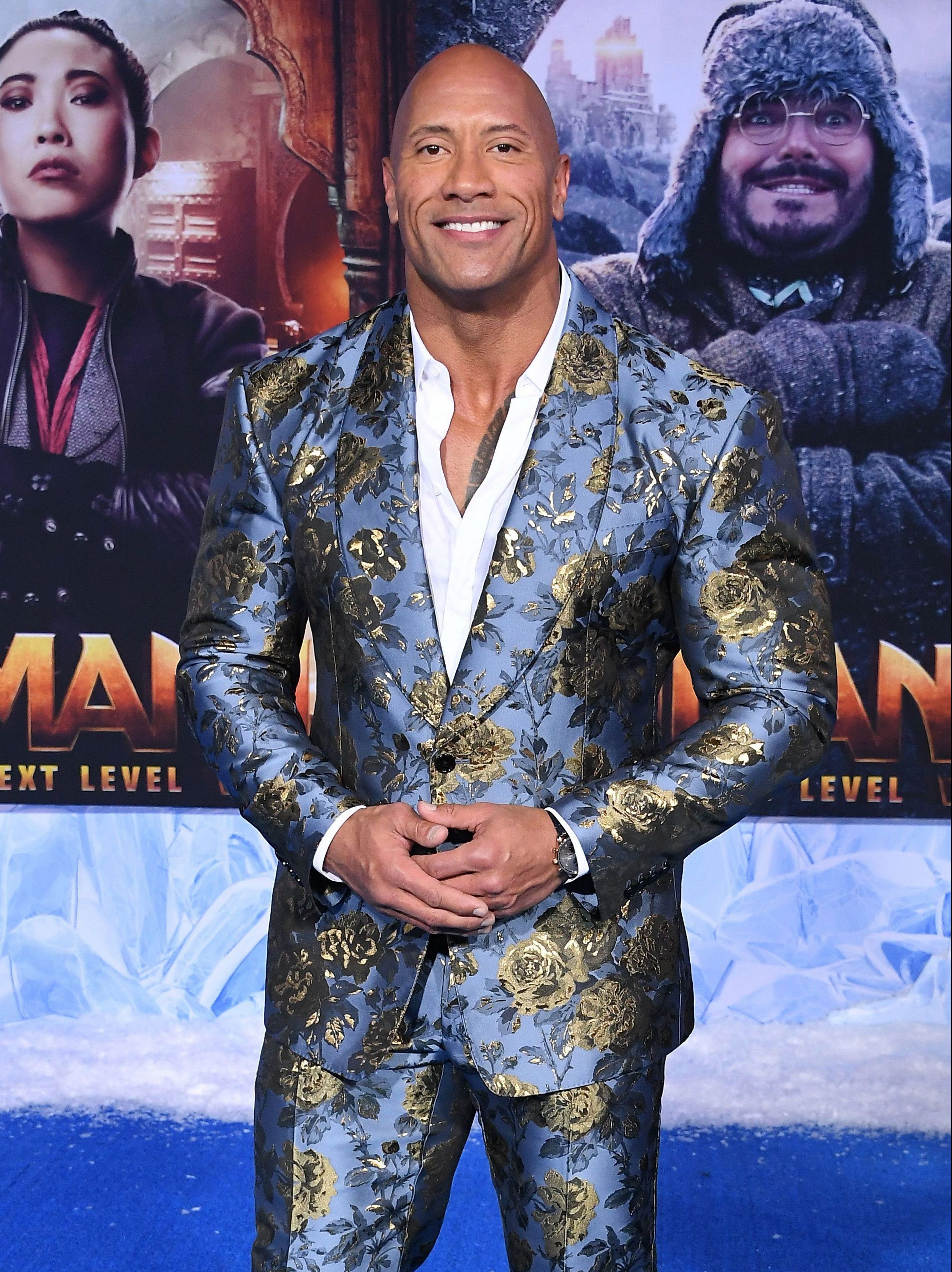 "Excited to bring you on this journey of taking a look at my past life, thru the lens of what the future holds. And who knows what that might be."

The Baywatch star was born in Hayward, California, where he lived with his mother Ata Johnson, professional wrestler dad Rocky Johnson and siblings Curtis and Wanda Bowles.

Dwayne briefly lived in New Zealand with his mother's family as a child before he returned to the US.

Following his time in Auckland, he lived in North Carolina, Connecticut, Hawaii, Tennessee and Pennsylvania. 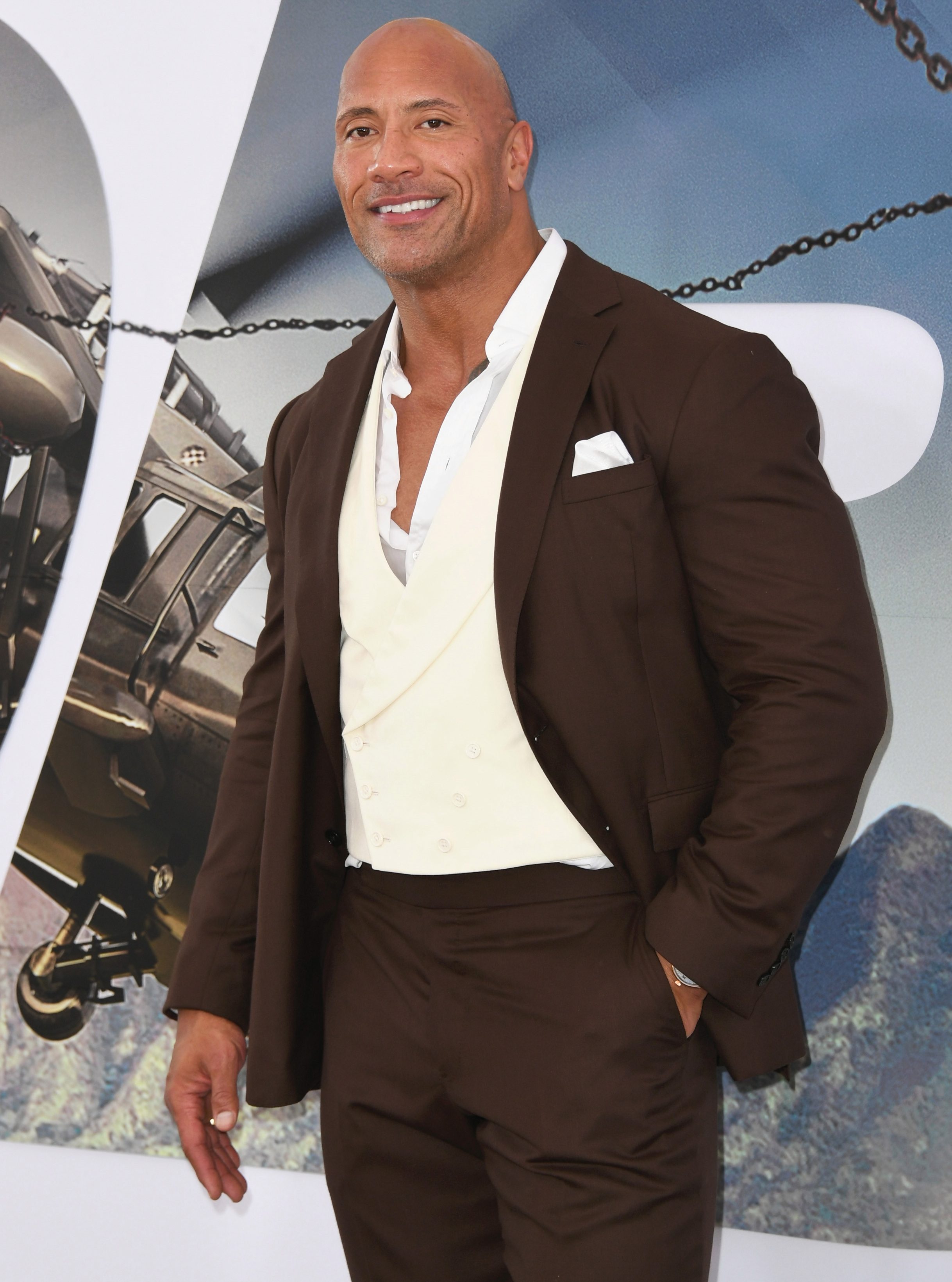 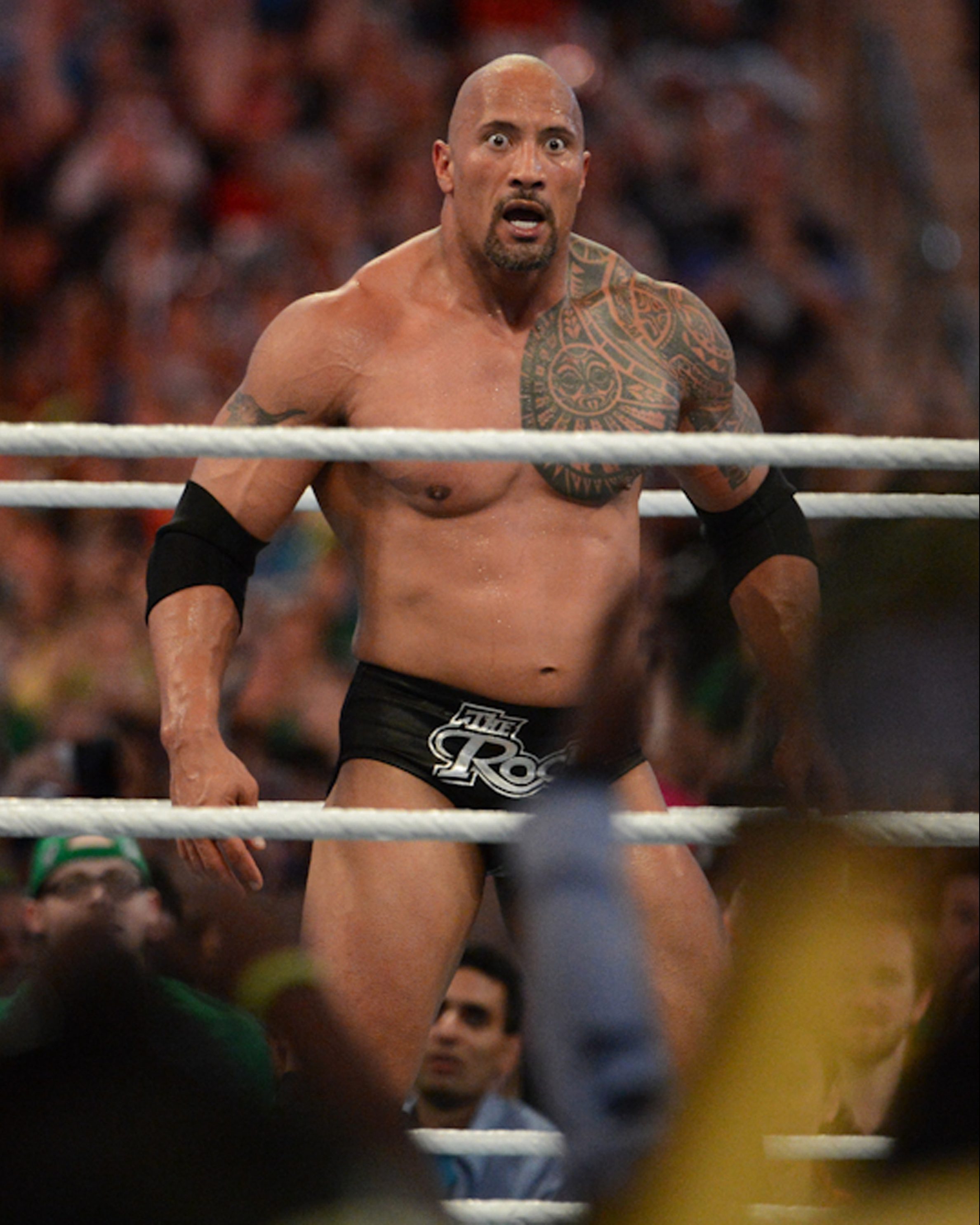 After getting evicted from his apartment in Waikiki aged 14, he turned to crime and used to be part of a group who would target tourists.

By the time he was 17, Dwayne had been arrested multiple times for fighting, theft, and check fraud.

Speaking to Muscle and Fitness magazine in 2014, he said: "There are a lot of tourists that come into Waikiki and there's a lot of money.

"A lot of foreign money that comes in, and we were part of a theft ring that would target those groups.

Following his tough upbringing, the actor found fame as The Rock in 1997 and transitioned into acting with the 2001 movie The Mummy Returns, followed by 2002 spin-off The Scorpion King.

He has starred in blockbusters like Jumanji: The Next Level, the Fast & Furious franchise and Moana.

In August, he was named by Forbes as the highest-paid actor of 2019 after raking in $89.4million.

Get celebrity exclusives straight to your inbox! Brave Kate Garraway returned to Good Morning Britain today after taking a four month break to be by her husband's side while he battled coronavirus. Derek Draper, 52, was admitted to hospital in March and he was so poorly that doctors made the

END_OF_DOCUMENT_TOKEN_TO_BE_REPLACED

Products featured are independently selected by our editorial team and we may earn a commission from purchases made from our links; the retailer may also receive certain auditable data for accounting purposes. Netflix scored another hit movie this past weekend with the premiere of Charlize Theron’s superhero epic, The Old

END_OF_DOCUMENT_TOKEN_TO_BE_REPLACED

The London dancer and influencer, who documented her pregnancy on YouTube, and her unborn child passed away on Saturday, July 11, her mother has confirmed. AceShowbiz – Pregnant YouTube star Nicole Thea has passed away at 24 years old. On Sunday, July 12, her family broke the heartbreaking news on

END_OF_DOCUMENT_TOKEN_TO_BE_REPLACED

Tom Hanks and Rita Wilson are enjoying a little getaway for his birthday! The Oscar-winning actor and the 63-year-old actress/singer stayed safe in masks as they arrived in Paros Island, Greece on Saturday afternoon (July 11). PHOTOS: Check out the latest pics of Tom Hanks The longtime couple are in

We will use your email address only for sending you newsletters. Please see our Privacy Notice for details of your data protection rights. EastEnders aired

The beginning of a brand new week brings with it a lot of things, but one thing we can be sure of is that there

Zindzi Mandela, the daughter of South African anti-apartheid leaders Nelson and Winnie Mandela, has died at the age of 59. She died in hospital Johannesburg earlier this morning, state television South African Broadcasting Corporation reports. Her cause of death has not yet been made clear. Ms Mandela was working as

END_OF_DOCUMENT_TOKEN_TO_BE_REPLACED

BBC Weather forecaster Matt Taylor said temperatures could soar to 24C today before a new weather front approaching the country from the Atlantic will hit the UK with heavy showers and lower temperatures back to the mid-teens. He said: “We could get 24C in the south-east corner later this afternoon

END_OF_DOCUMENT_TOKEN_TO_BE_REPLACED

SEOUL (Reuters) – Friends, family and colleagues attended the small funeral Monday for the longtime mayor of Seoul, one of the country’s most prominent elected officials, who leaves a complex legacy amid a criminal investigation into allegations of sexual harassment. Mayor Park Won-soon was found dead on Friday; he left

END_OF_DOCUMENT_TOKEN_TO_BE_REPLACED
Recent Posts
We and our partners use cookies on this site to improve our service, perform analytics, personalize advertising, measure advertising performance, and remember website preferences.Ok