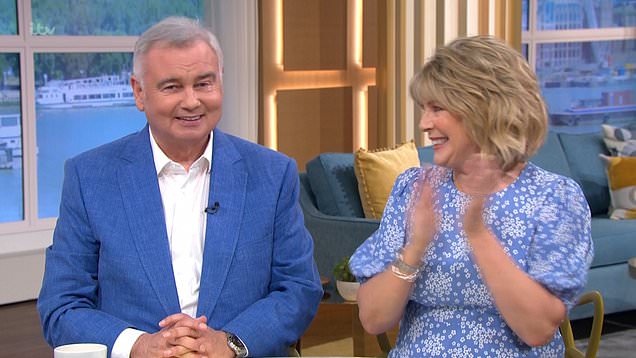 Eamonn Holmes is officially a grandfather, with the presenter’s son Declan and and daughter-in-law Jenny welcoming a baby girl.

Hosting This Morning with his wife Ruth Langsford, Eamonn announced the exciting news and was clearly thrilled.

‘Some things have changed since I last saw you yesterday and that is…’ Eamonn teased, with Ruth adding: ‘You’re a granddad!’

‘My son Declan and his wife Jenny, they are the happy couple. Jenny gave birth to Amelia, who’s seven pounds, six ounces,’ the presenter explained.

Eamonn and Ruth also discussed what the presenter will be called.

‘I’d quite like my grandchildren to call me Papa,’ Eamonn, 61, insisted.

Ruth, also 61, couldn’t resist poking fun of her husband, as she began a sing-along of Grandpa We Love You.

Nothing could wipe the smile off Eamonn’s face though, as he referred to ‘my little Amelia’ and explained he was ‘very, very happy’.

Declan is one of Eamonn’s three children from his previous marriage to Gabrielle Holmes, which ended in 2005. The pair also share their son Niall and daughter Rebecca, who recently got engaged.

Eamonn and Ruth welcomed their son Jack in 2002. 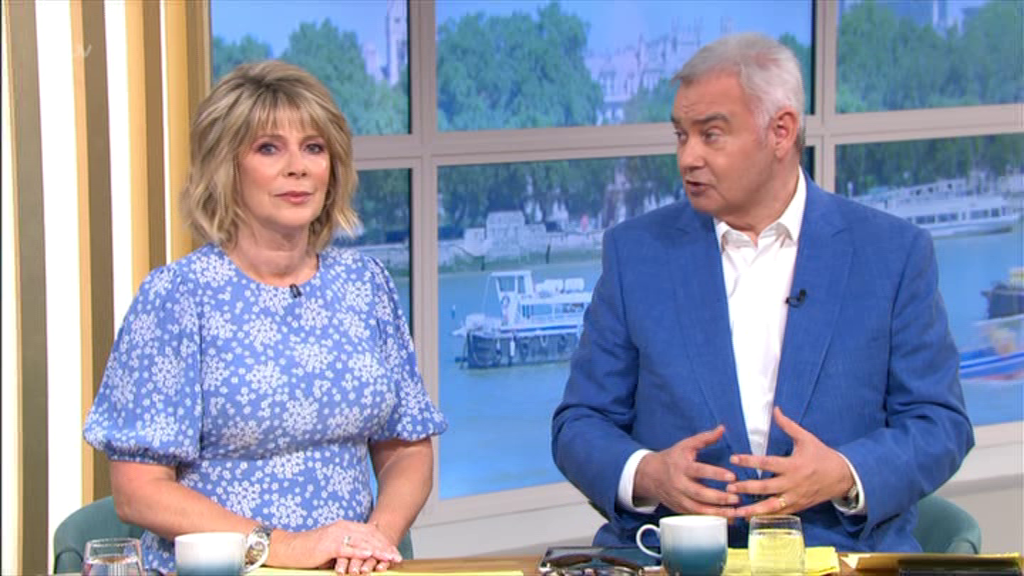 The couple announced that Declan and Jenny were expecting their first child earlier this year.

Bringing up a picture of his son and daughter-in-law, Eamonn said: ‘These people are called Declan and Jenny – the clue is their surname is Holmes. Declan is my eldest boy…and that is Jenny, his beloved wife.

‘They have just announced that I, and together with Valerie and Robin, Jenny’s mum and dad, and Gabrielle, Declan’s mummy, we’re all going to be grandparents!’

Eamonn was thrilled by the news, with the star saying: ‘When they told me the news, I got very emotional by it,’ and adding that he was ‘in tears’ after being told.

Meanwhile, Ruth was also clearly excited, with the presenter insisting that, while she may be known as the ‘wicked step-grandmother’, she’s still going to sneak the baby biscuits on the sly.

This Morning airs weekdays at 10am on ITV.