The undertaker shocked his wife Rainie after a shock confession that he killed his brother Callum's boss. 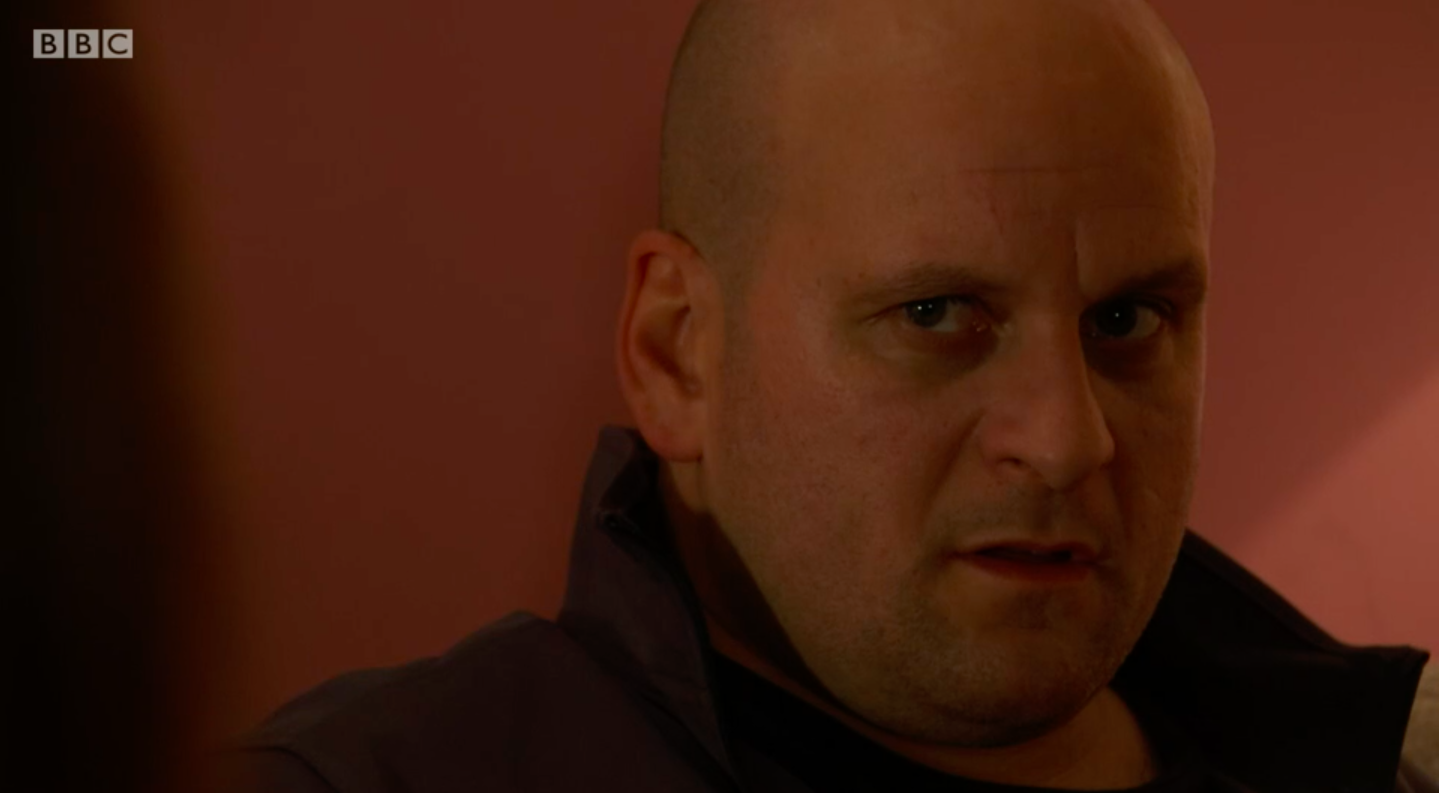 After Stuart brought up their plans of surrogacy, Rainie started acting fishy around him and stormed out of the house saying that they wouldn't be good enough parents.

Her odd behaviour made Stuart suspicious, considering she's one of the suspects behind Ian Beale's attack which happened last week – and this made him think maybe that's the reason she's been acting so weird.

The pair agreed to never bring up what happened on the night of the businessman's attack, but Stuart wanted answers – and went on to Rainie confess that she turned to drugs again that night.

In return, Rainie wanted to know where her husband was, and she soon found out that he had killed someone and put the body in their fridges downstairs in the funeral parlour.

Stuart confessed: "I swear it is not what I intended to happen. I was just gonna shake him up a bit.

"I would never, you know me I'm a gentle guy… I just got this rush of blood to my head. Standing up for someone that I love, I mean he's my little brother…"

The penny dropped for Rainie and she soon realised that he wasn't involved in Ian's attack, but he had in fact killed someone else.

He continued: "Thompson, Callum's boss, he was giving him a hard time so I was just gonna talk to him, scare him a little bit, down a dark alley and get in his face. 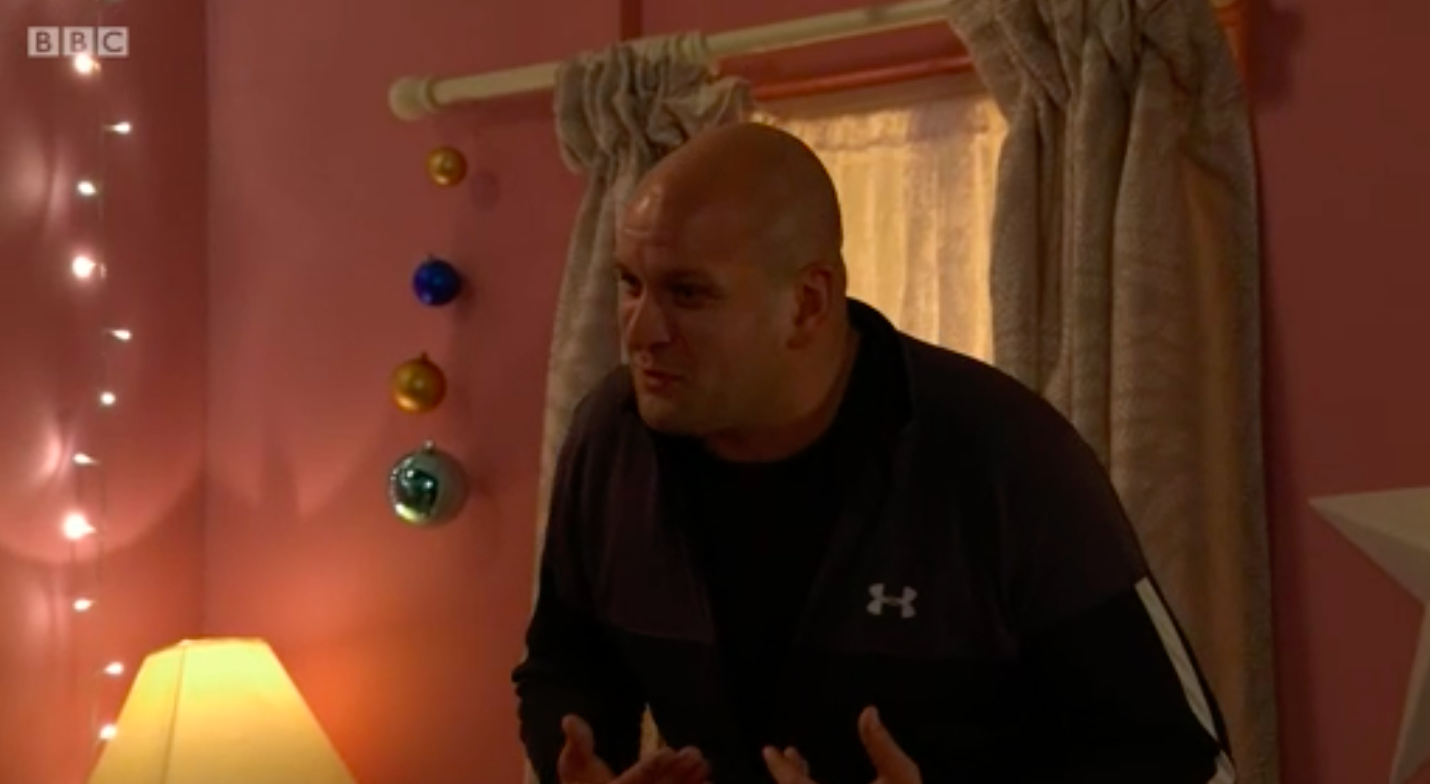 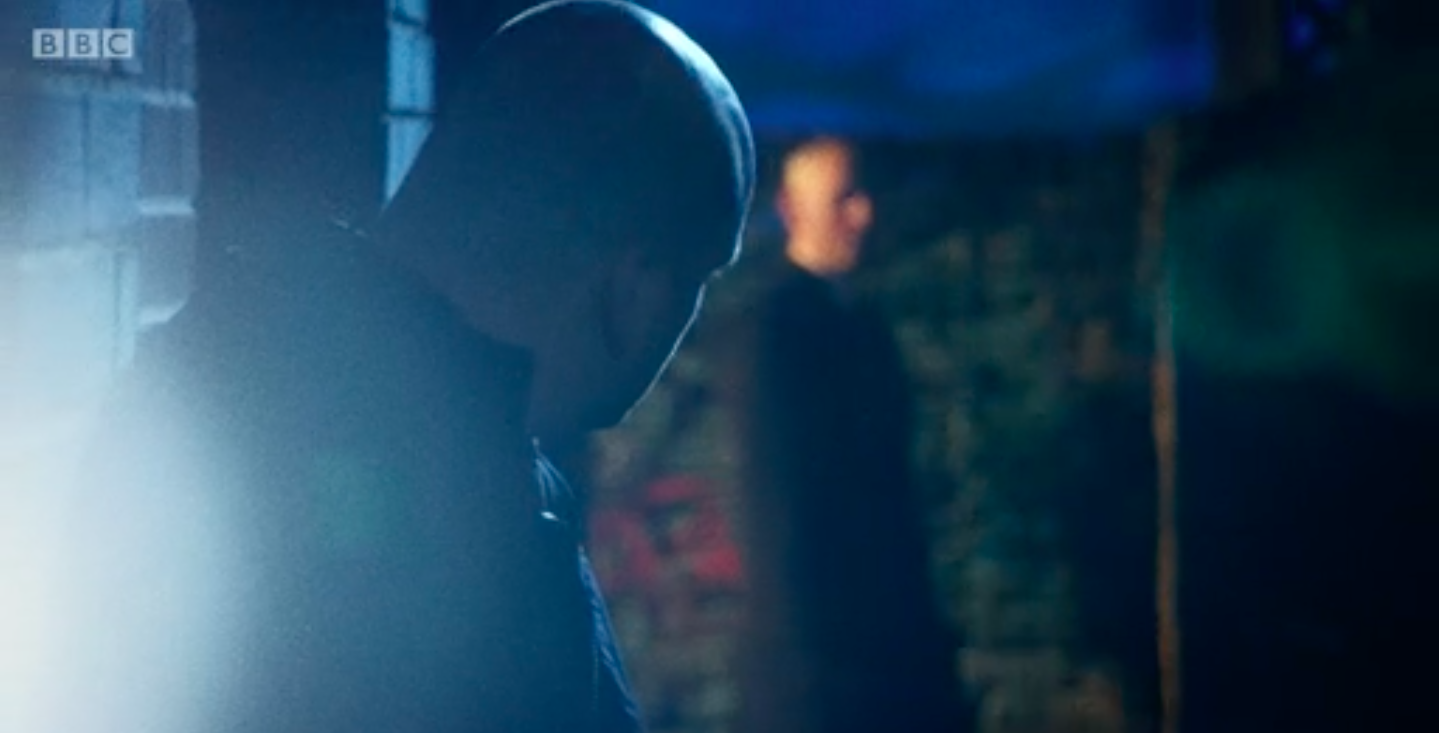 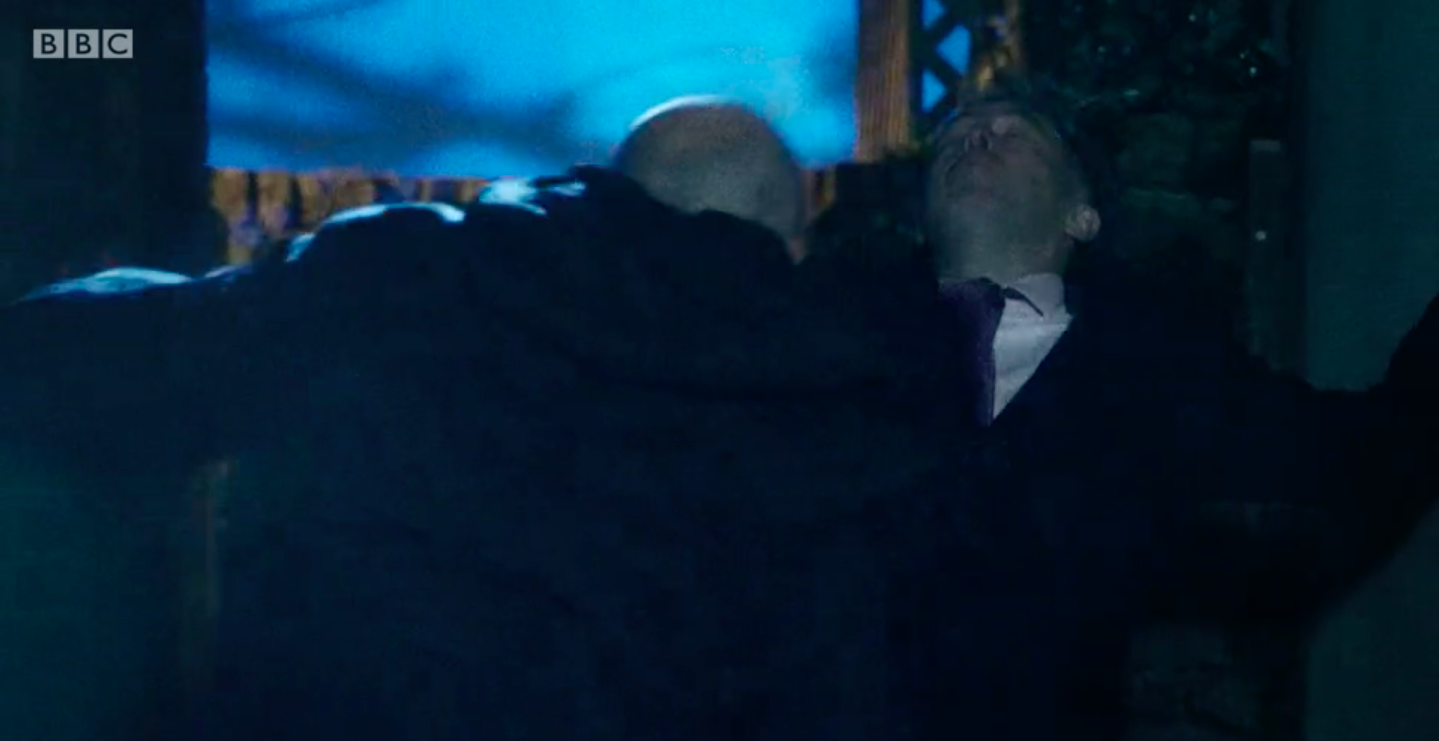 "But then he got really lippy and he came at me, and I just defended myself and he just… one minute he was there, the next he's out like a light."

His wife asked where he had hidden all the evidence, and confessed that he'd put the police man in the Coker & Mitchell Funeral Directors fridges.

"He's downstairs in the fridges, I burned his clothes in the allotments," he confessed.

Digusted by his actions, Stuart tried to walk off and said he'd leave Rainie as he didn't want her to get mixed up in it all. 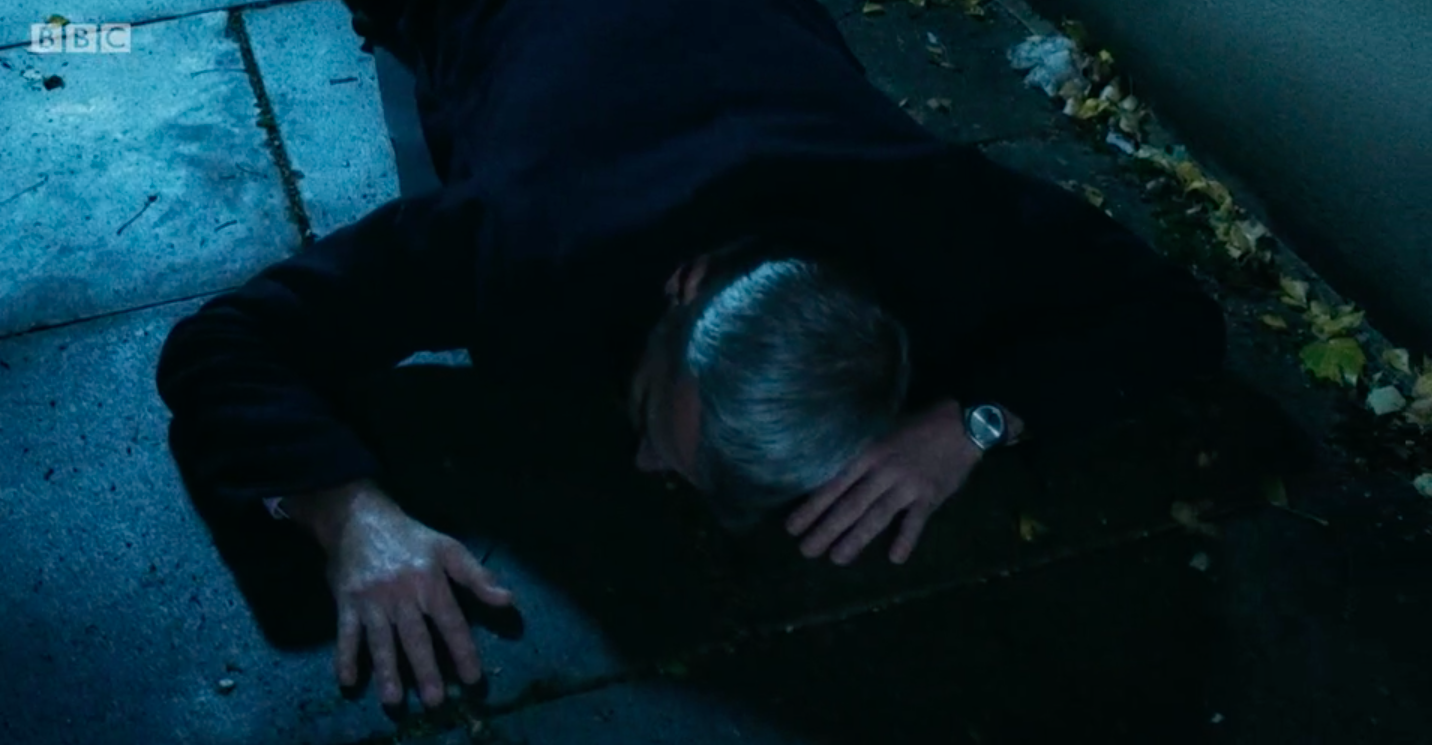 But it looks like their shock confessions definitely brought the pair together.

Rainie said to her husband: "I'm proud of you, for being honest about the dead man in our fridge."

Stuart replied: "Oh baby, I'm proud of you for being honest about the drugs." 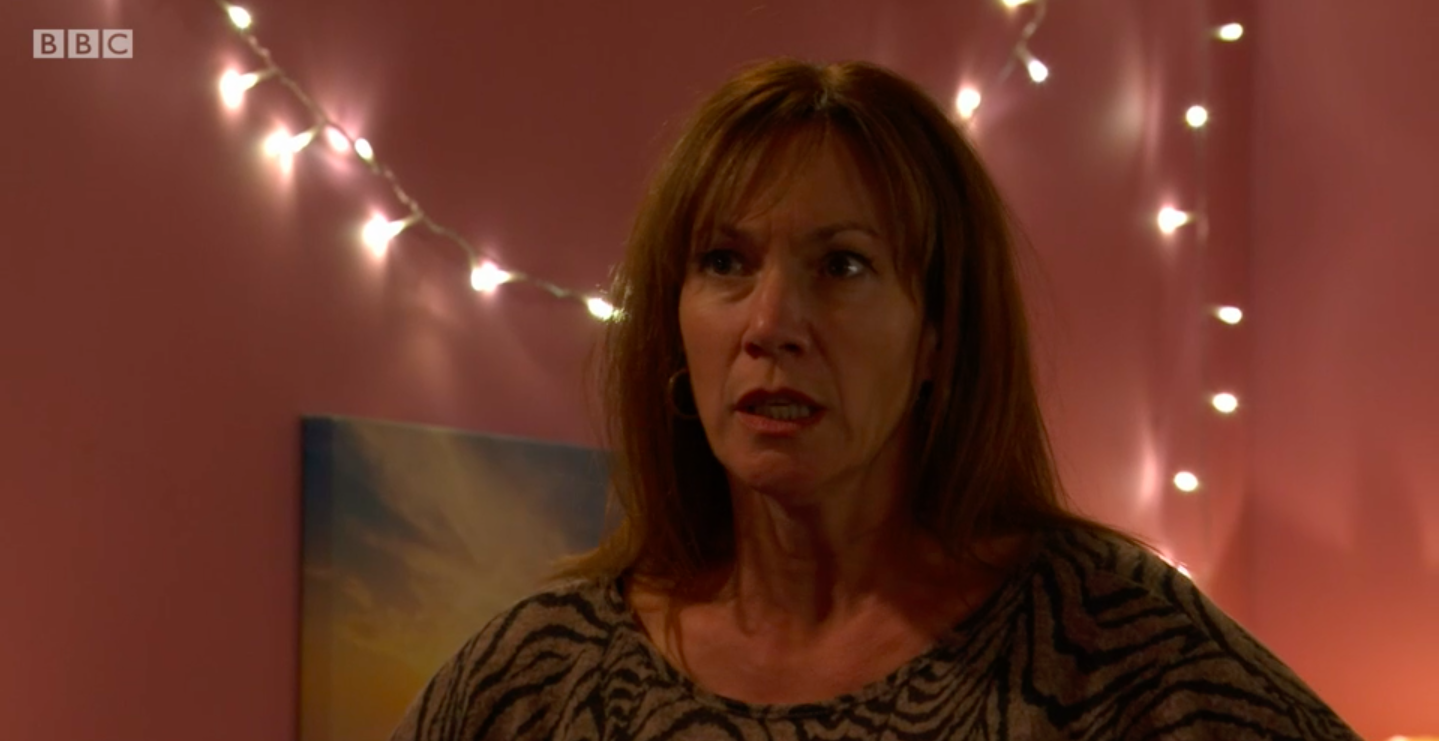 Stuart's brother Callum found himself in the middle of both Phil Mitchell and the police a few weeks back and told his older brother that dodgy cop DI Thompson had been blackmailing him.

The policeman said that if he didn't get Phil Mitchell on his side he would grass him up to the rest of the police station.

So Stuart decided to take things into his own hands.

And many fans of the BBC soap couldn't get over what had happened in the shocking scene.

Another said: "I knew Stuart did something to DI Thompson that explained the blood on his shirt. #EastEnders."

A third said: "So Stuart did get rid of Thompson omfg #EastEnders."

A fourth chimed in: "Wait, Stuart killed Callum's boss and shoved him in the fridge?? Kinda wild tonight #EastEnders."

Watch the next instalment of EastEnders tomorrow on BBC One at 7.30pm.

END_OF_DOCUMENT_TOKEN_TO_BE_REPLACED

END_OF_DOCUMENT_TOKEN_TO_BE_REPLACED
Recent Posts
We and our partners use cookies on this site to improve our service, perform analytics, personalize advertising, measure advertising performance, and remember website preferences.Ok