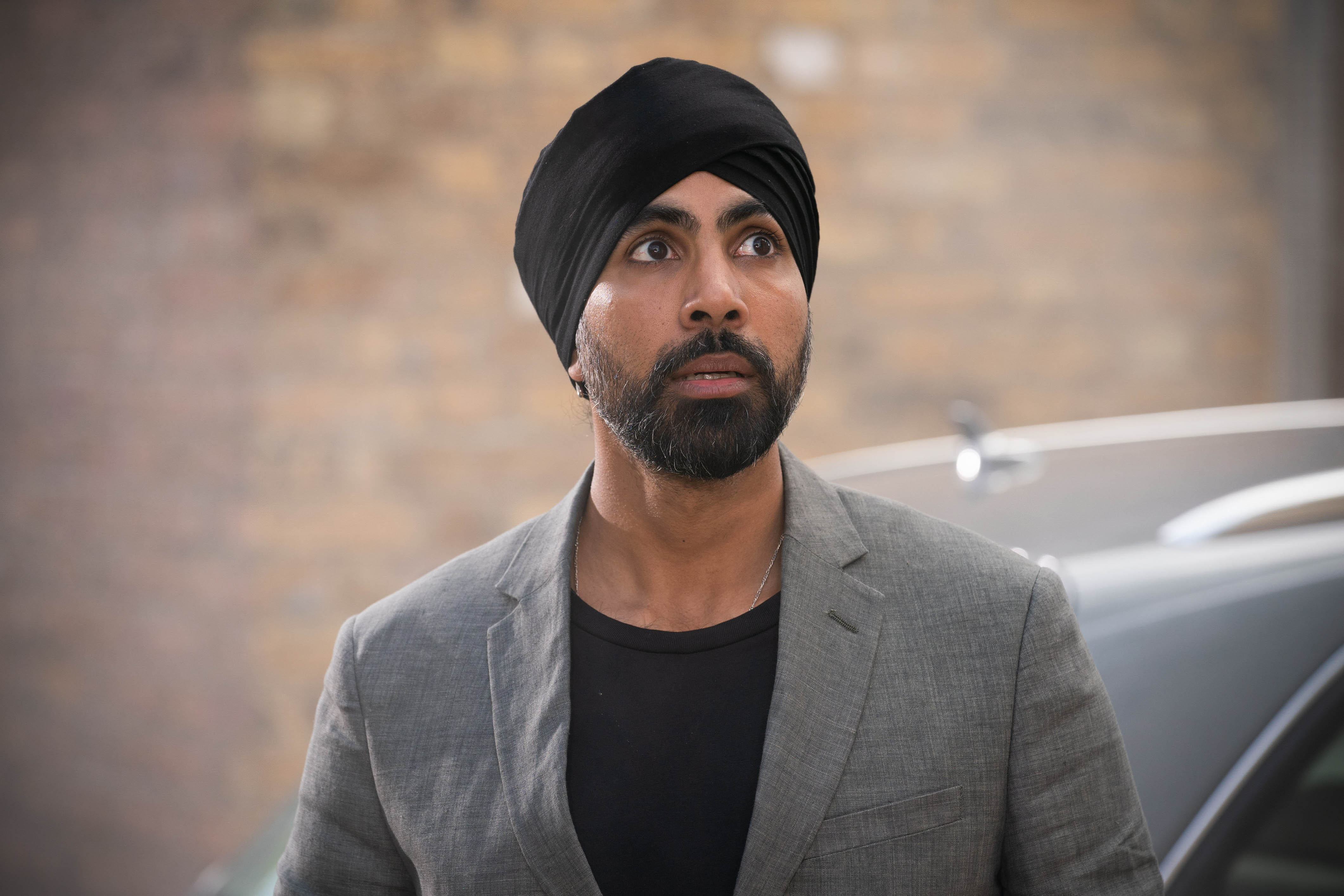 EastEnders star Jaz Deol has celebrated winning an Asian Media Award for his performance as Kheerat Panesar, expressing how proud he feels to play the character.

Since 2019, Jaz, 32, has played Kheerat on the BBC soap, the eldest of three brothers known for his business acumen.

On Friday evening, the actor attended the Asian Media Awards, which took place at Emirates Old Trafford in Manchester.

He was nominated for the accolade of Best TV Character 2021, going up against Kulvinder Ghir as Cyril on Still Open All Hours, Shelley King as Yasmeen Metcalfe on Coronation Street, Nikesh Patel as Tom Kapoor on Starstruck and Paige Sandhu as Meena Jutla on Emmerdale.

When he was announced as the winner, Jaz appeared taken aback, seemingly not expecting that he would have to make a speech.

‘Wow. Usually as an actor I get given lines, but now I have to improvise on my feet to say something,’ he said as he took to the stage.

Jaz explained that when he first took on the role, he wanted to ‘create a character’ that would be seen as a ‘protagonist in life’, rather than someone who would fade into ‘the background’.

The Lovesick actor added that he feels ‘very proud’ to play Kheerat and to be a source of representation on EastEnders.

Several EastEnders fans celebrated Jaz’s win on Twitter, with one writing: ‘He absolutely deserves the award his performances on EastEnders are really good.’

‘Fantastic news. Jaz is a fabulous actor – so well deserved!’ someone else said.

This week on the BBC soap, Kheerat found himself at loggerheads with Stacey Slater (Lacey Turner) when he accused her of theft, after she broke into the Panesars’ home, who are her landlords.

Earlier this month, things became heated between Kheerat and Jay Brown (Jamie Borthwick) after he found out that Suki (Balvinder Sopal) and Honey Mitchell (Emma Barton) had kissed.